Qualcomm introduced three new Snapdragon processors at once: 765, 765G and 865. This happened at the annual Snapdragon Tech Summit. Let's talk in more detail about the processors that will receive the best Android smartphones next year.

Two brothers, one of which is a little more powerful. There is practically no difference between them. The differences are only in the overclocked Kryo 475 cores and the 10% faster Adreno 620 graphics system in the older model.

Both processors consist of their own cluster of cores called Kryo 475. For clarity, I will show in the tablet the expected composition of this cluster:

Just in case, I’ll clarify that this is not a typo and each processor has really two Cortex-A76 cores operating at different frequencies.

These processors came to replace the 730 and 730G. Now here is the process technology reduced from 8 to 7 nm. But the main innovation is the modem. Both processors are equipped with X52. And this modem works in the fifth generation networks!

Oddly enough, but these are the only processors with native 5G support. What the flagship Snapdragon 865 does not have.

Both processors can work with a camera that takes pictures with a resolution of 192 megapixels (stop, please), records 4K HDR 10 video with program portrait mode, and there is also support for Rec. 2020 and 10 bits per channel. The 14-bit Spectra 355 processor is responsible for image processing.

Read also:   About everything interesting for the week # 49: the new Yandex office and iOS 13 statistics

There is support for RAM type LPDDR4X with a frequency of up to 2133 MHz.

For you, the flagship new Qualcomm may be more interesting. As expected, it was called Snapdragon 865. Interestingly, the maximum processor frequency, in comparison with the 855th “snap”, did not increase at all, but remained at 2.84 GHz.

But there are still changes in the CPU. This is the doubled cache of the third level sL3 from two to four megabytes. All this gives an increase in productivity and energy efficiency by as much as a quarter – a good indicator for a new generation of processors.

This processor can be paired with RAM up to 16 GB of class LPDDR5 with a frequency of up to 2750 MHz.

Updated and the graphics processor. Instead of the Adreno 640, the Adreno 650 is now here. According to Qualcomm, its performance has increased by 20% compared to the previous Snapdragon 855, and energy efficiency by 35%.

Another feature is updating drivers for the Adreno 650. That is, Qualcomm itself will be engaged in their development, and it will be possible to update without updating Android. Let's hope that the company will work on these updates. 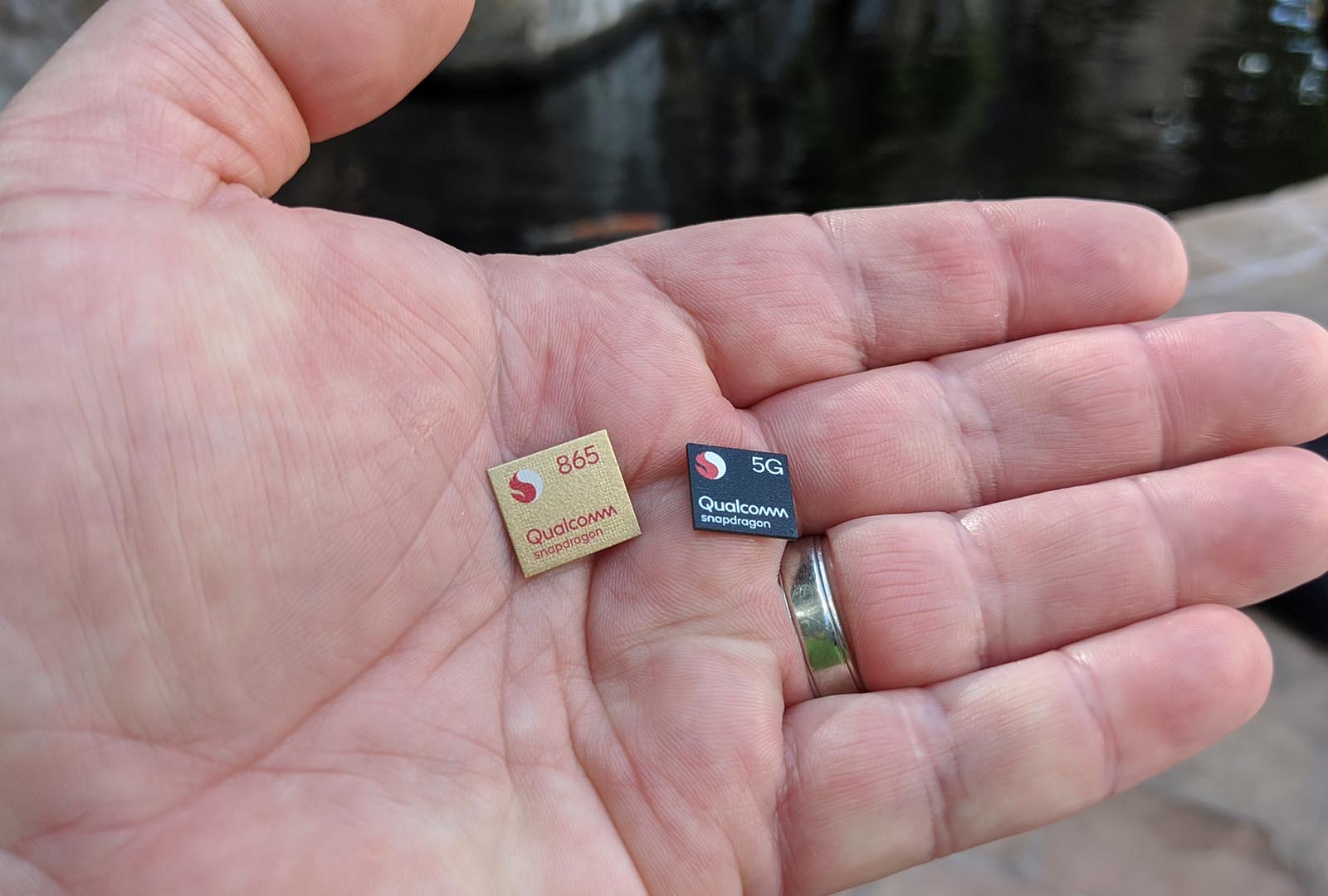 The Spectra 480 coprocessor is responsible for image processing. It allows you to take pictures in 200 megapixels (they will never stop, right?). Also, the new processor will allow you to simultaneously shoot video in 4K and take pictures with a resolution of 64 megapixels. And this is a wild increase: on the 855th snap, this can only be done in Full HD, and the pictures will be with a resolution of 2 (TWO) MP. The maximum frame rate when shooting in 4K is 120 fps. There will be a possibility of shooting in 8K, but here already without HDR. Apparently, Qualcomm leaves all these buns for the next few years.

The new DSP Hexagon 698 is capable of performing up to 15 trillion operations per second – in this case, productivity has doubled, and energy efficiency by a third.

The “stone" itself is simply atas. True, it is unclear how many smartphone manufacturers will use its capacity at least half. But one thing is for sure: for such smartphones they will ask for very large amounts. What is the 16 gig LPDDR5 type operative worth!

True, it does not have 5G support. Despite the obvious minus, this is a plus: Snapdragon 865 for smartphone manufacturers will be relatively cheap. If the manufacturer wants to implement support for 5G, then the Snapdragon X55 modem comes to the rescue – a long-standing development of Qualcomm, shown two years ago.

In addition, fifth-generation networks are not relevant for residents of Russia – we have 5G implementation, apparently, is delayed for several years. So it’s not worth saddening much about this news.

There are several cars that are very dangerous to update. For example, the famous "Gelik". Yes, and why go far? The classic Niva, now known as 4×4, is also quite difficult to update. You can understand the reason: the audience is so accustomed to the design of these cars, to their characteristics, that the new […]

The owners of the smart watch, the Pebble Time, deliveries of which began in late may, was faced with a serious problem: in the Apple store there is no application required to configure the device. The developers novelties accuse the manufacturer of the Apple Watch in deliberate delay in publishing the official client in the […]

WikiLeaks: CIA implemented bendory on iPhone and iPad at the stage of production devices

WikiLeaks has published a new part of the package of documents 7 Vault belonging to American intelligence agencies. It was called Dark Matter, and describes how hacking Apple devices. The publication contains documents that describe ways of hacking and infecting your Mac, iPhone and iPad. In particular, the publication spoke about the project Sonic Screwdriver, […]