“I bought a Mac, what do I do with the old PC?”, – frequently asked by users. The answer can be different, depending on who is asking the question. 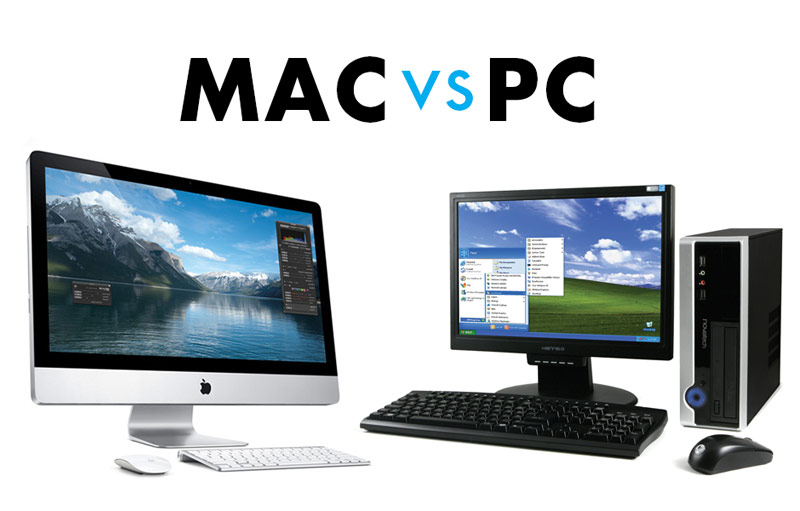 The first thing that comes to mind is to sell. For example, you can ask friends and offer them a computer for a small amount of money. But safe bet is a Bulletin Board. Not the one on which the glue of the paper is, and that which is available on the Internet. But a computer running Windows, you can not sell, and to adapt it to something that will be useful. We offer a few scenarios of how you can do with that old PC.

If your equipment is kept in good condition, desktop periodically cleaned or purged, all this can be sold for almost the same price that the filling is now worth. Get to know her just enough to view the website of public announcements and the like to estimate the average cost in your city, and then to try to sell a little bit cheaper (even the reduced price tag for 50-100 rubles able to make a profit).

Sell repair firms, and pawn shops are not worth it, because it is less profitable. Usually, usually take a second for half price, but first know how much it will sell and try to convince you that you do not sell your hardware more expensive than that. It is clear that self-sale is preferable to such “intermediaries.”

Partially failed hardware, you can try to sell for parts – again, with ads. 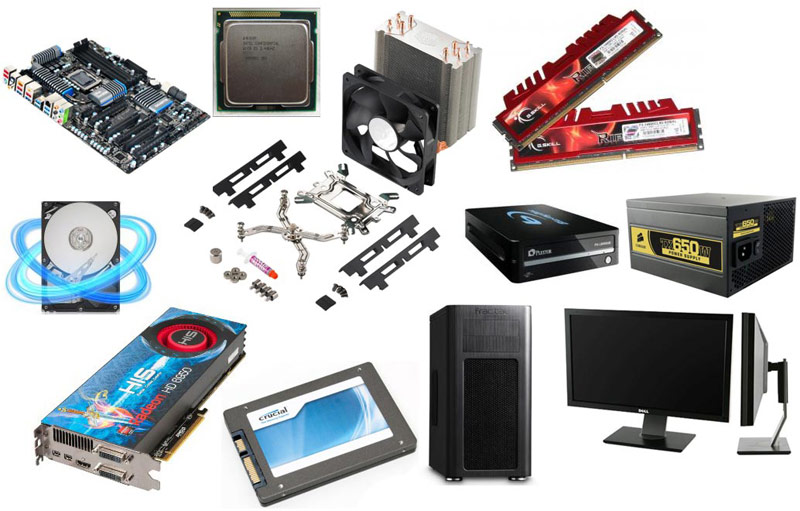 How to understand what the old hardware can be sold for parts? Suppose you have a burned video card, and throw a pity: but if you look she has a very good radiator. You can sell it at his price, good craftsmen, able to adapt the old to the new, are found in abundance.

And in the old dusty case are generally open all or almost all buttons have cleaned the dust, rubbed the metal parts with alcohol – and forward to the sale. In short, you can sell even the bronzer in Africa, it would wish.

It is appropriate to say about the various exotic use of spare parts. But here you need the app not the curves of the hands: for example, from the case of the desktop or an old CRT monitor, you can make an aquarium. Of course, it is worth remembering that glass the right size will most likely cut myself, but also to draw attention to the fact that the case was not harmful plastic, which will strangle the poor fish in the literal sense. 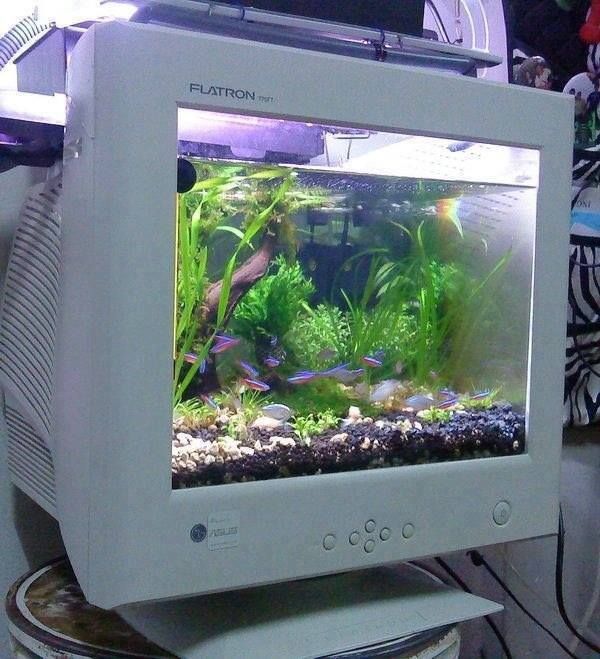 You can also make a CD wall clock (and as the numbers to accommodate the keyboard), mouse – drawn cat with a tail, rings, buttons, earrings and other jewelry from the capacitors. And that’s not to mention the well-known charms of processors. In General, the imagination is where to turn would be the necessary components at hand.

Oddly enough, but with playing regular MP3 is perfectly good working PC not older than 15 years. It is enough to add to it a spacious hard drive (but be sure to check whether pull the BIOS such volumes!) and to hold the cables for the speakers.

By the way, the built-in motherboard sound decisions in ancient times were very far even to very affordable, so it makes sense to get some cheap PCI or ISA sound card. 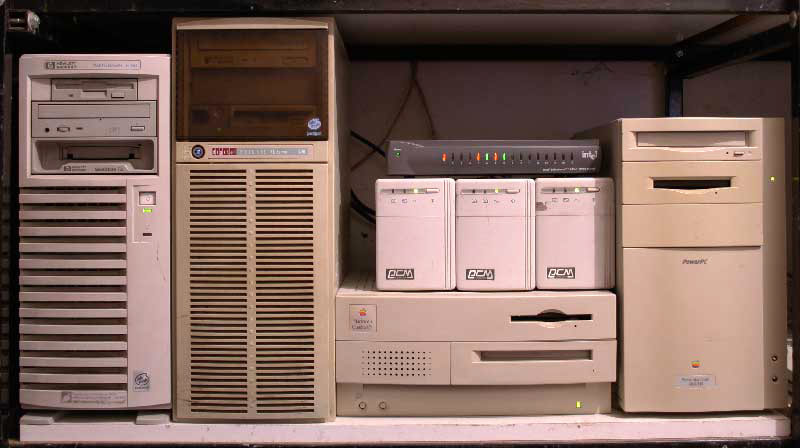 As for playing movies, then that’s it for this old PC is not suitable. Unfortunately for them, modern movies with Full HD quality require significant capacity of the CPU and the video card, and 15-year-old “old man” this simply will not do it.

But the old computer can be used as a file or web server that will “cool” your website and your own mail server.

5. To turn into a play centre for older games

Of the rare computer, you can make the machine for old games, put it in Full Throttle, Duke Nukem 3D, or any fighting game. Nostalgic for King’s Quest 3, Leisure Suit Larry 5 or trilogy of Gabriel Knight? No problem: old 386/486 easily cope with them and fully immerse you into the atmosphere of childhood. 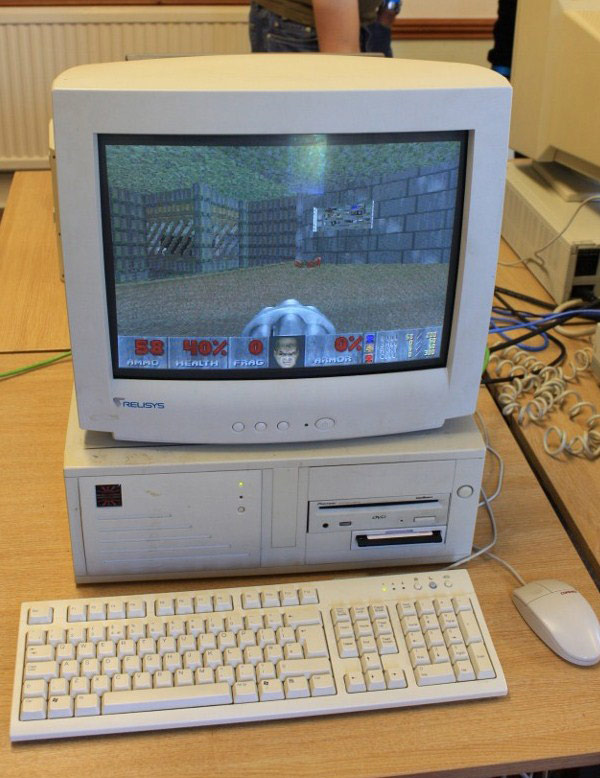 In the desktop computer actually contains real precious metals, although their number year from a year decreases. Desktop you can find gold, platinum, silver, or rare such as palladium – even in the keyboard, power supply and CPU cooler.

However, the amount of all this, there is quite scanty. Most of the gold, silver and palladium can be found in the accessories of the professional series: the deposition of hard disks and floppy drives, the contacts of RAM, some chips and the chips, even in the optical disc drives and controllers. 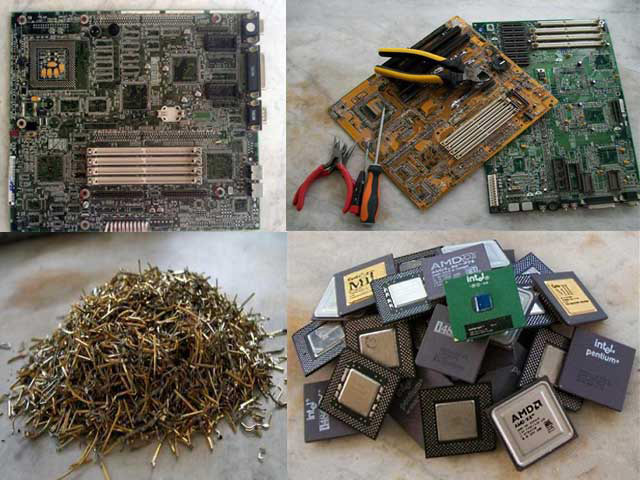 Precious metals are used widely, but their content in the modern office and home computers is far from even one gram. In the amount of precious metals in the lead the top Intel processors, full-sized motherboard, a powerful memory, server hardware, professional graphics stuff in the same class.

Kilograms old CPU is contained in an amount of up to 8 grams of gold, and in new and less: up to 5 grams. In General, the computer in the best case there is one (1) gram (not kg) of gold, which still have to discover. By the way, the processors of the Soviet production of precious metals was much more: it’s worth shopping around.

If I don’t want to do all of the above, the components can simply be thrown out. Better to do it in special containers for old equipment. Thus, it is hoped that this will not go on a classic dump outside Moscow, which would later become the next new neighborhood, and make some contribution to the preservation of nature. 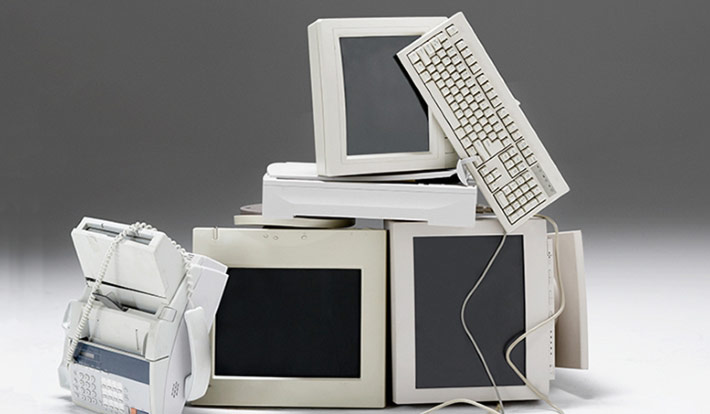 If too lazy to walk even to the trash bin – you can place an ad on a local website or just donate the old PC in a low-income family or school.

This is especially true in the current crisis times, when people get something from grandma’s dusty attics and begin to use it. In an extreme case, “Avito” with “Hammer” is fine. You can even ask for chocolate as payment “at will”: it is usually the people do not mind. And this method actually works, although many users are convinced of the opposite!

8. To destroy with special cruelty

But you can plenty to make fun of the old computer. For example, the tube the tube burst with a rather loud Bang, and the housing due to the thin wall (1 mm the cheapest, as you remember) and great alternative to the sledgehammer, and even a kitchen mallet for pounding meat. 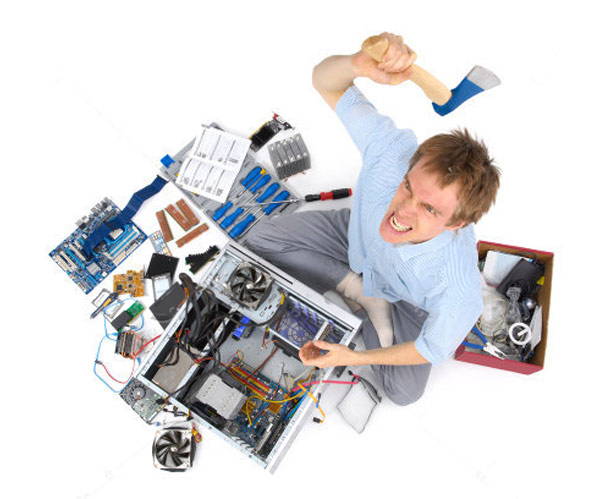 But in any case do not forget about safety! Remember that the picture tubes and parts in General are not the most useful chemicals (and sometimes actually harmful), and on the jagged walls and ledges you can not weak to cut yourself (because – especially in cheap cases – they are not to say blunt), so to destroy old appliances carefully.

Maybe better to sell it all and get the profit? However, this is what we said in the beginning.

How to protect your Mac from malware

In recent years, the number of malware for macOS has increased dramatically. Take OSX/Dok – malware that bypass the Gatekeeper steals passwords and study the online traffic of their victims. In this connection it is necessary to think about protecting your computer. Gatekeeper and firewall Mac users first need to check the Gatekeeper settings. This […]

iOS 8.4 with support for Apple’s Music will be released on Tuesday at 19.00 Moscow

Senior Vice President of Apple Music service aian Rogers announced the release of updated iOS 8.4. The release is scheduled for Tuesday, 8 AM Pacific time or 19.00 in the evening in Moscow. Launching online radio station Beats 1 will take place an hour later. “On Tuesday morning we start a new Chapter. Please, update […]