Journalist Matthew Yglesias wrote a column for Vox about how the functional structure of management in the Apple prevent us to move on and compels her to leave the markets. “Apple” the giant under the leadership of Tim cook should refuse flexible system of administration inherent in startups, and start to work “big company”. 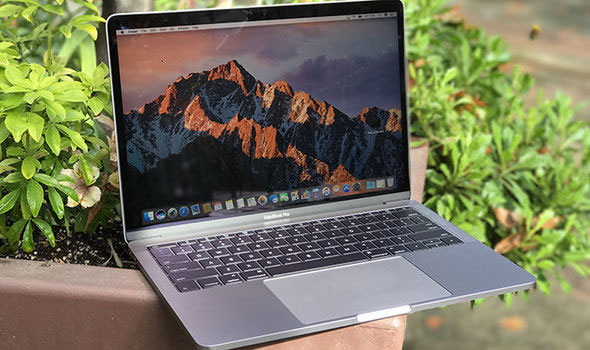 Recently it became known that Apple stops the production of wireless routers and AirPort storage AirPort Time Capsule. Even before that the company will no longer produce brand monitors, opting instead to partnership with LG, which will release the related products under its brand.

In addition, with the recent release of the Mac Pro workstations have passed so much time that the users of these computers believe that Apple takes this market. Many professionals are interested in working the latest equipment and range of professional machines without regular upgrades ceases to be a “Pro”. Even if Apple release a new Mac Pro now, buyers will be wary of the possibility of another long break in updating the model and will be considered as a possible workstations more frequently updated model from another manufacturer.

Even more popular laptops from Apple have a certain indifference. The latest version of MacBook Pro offers the user a number of interesting features (which is one of the innovative Touch Bar), but not built on the fastest platform that has only USB ports. Even fans of the company there is a feeling that, like many other products, the MacBook Pro tried to make a light and fine, not more powerful and professional.

“And then the question arises — if the same General Electric can produce jet engines, tidal power plants, DCS, railway, mining and medical equipment, what prevents one of the most expensive companies in the world to maintain a line of personal computers and peripherals in addition to the most popular smartphones and tablets?” writes Bankir. The publication believe that the answer to this question lies in the organizational structure of Apple is quite popular among startups, but unusual for a huge company.

There are two basic types of governance structure: functional and divisional. In functional structure are formed around areas of expertise — development, interfaces, marketing, Finance and so on. Under the divisional structure, employees are grouped around lines of business.

The extreme case of a company that uses the structure of the divisions and departments of a conglomerate Berkshire-Hathaway, owned by Warren Buffett. Its headquarters is in Omaha, but the staff consists of 25 people, working personally on Buffett and brings together coming from his Empire the documentation for submission of reports to regulatory bodies.

The head office of Berkshire-Hathaway is not only the top of the organizational structure, it is also part of the philosophy of the company. A small number of staff highlighted the fact that Buffett invests in companies and corporate leaders in which he believes. Office in Omaha is not engaged in operational management, instead each of the branches of the conglomerate — from freight railway to a manufacturer of mobile homes — itself manages its activities, recruiting staff, and addresses legal issues. 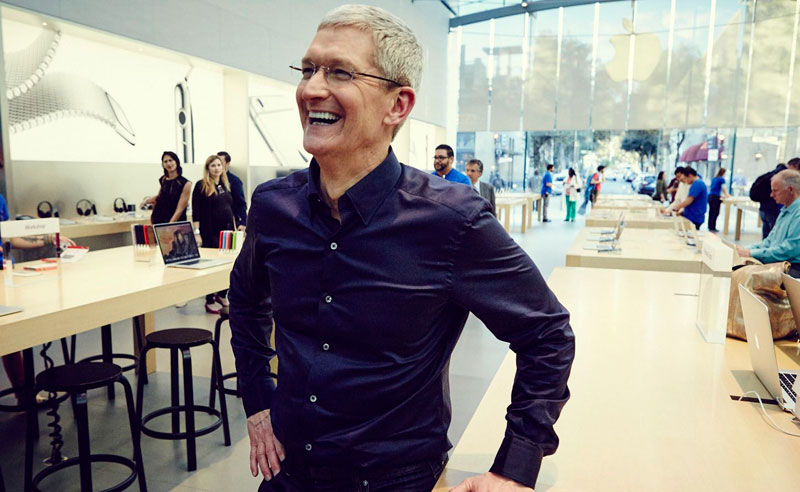 However, the role Arends plays in the company, only illustrates the functional approach of Apple. In the traditional structure, each Manager is responsible profits and losses, which brings its direction. And in this context the task of the Arends would be to optimize the profitability of Apple retail stores. But corporations don’t need to. The Apple Store is an important part of Apple’s business, but they will have a marketing sense and strengthen the brand of the company.

The functional structure allows employees to work together. It helps Apple to create software and hardware solutions that can be applied to several products. Leaders can think more broadly, without emphasis on specific products.

However, the top management of a huge multinational Corporation trying to manage them using the functional structure — because no matter how beautiful it may sound, in practice such a scheme implemented on such a scale is very difficult.

For Microsoft it is important that the business ran like clockwork, and the realization that the product meet specific executives and leaders, helping to preserve the performance

Microsoft is Executive Vice President, leading the division Office, the other in charge of Windows, and the third at the head of the Microsoft Cloud. All three departments are staffed by software developers, but there is no one at the head of the abstract “development” — all employees are responsible for their part of the business. If any product is something that goes wrong, it will be the fault of a specific person, as indicated by clear areas of responsibility.

This approach is useful when you have to manage the business like Windows, in the long term, showing a decline, but still popular and bringing in huge profits. For Microsoft it is important that the business ran like clockwork, and the realization that the product meet specific executives and leaders, helping to preserve the performance. And this brings us back to Mac. 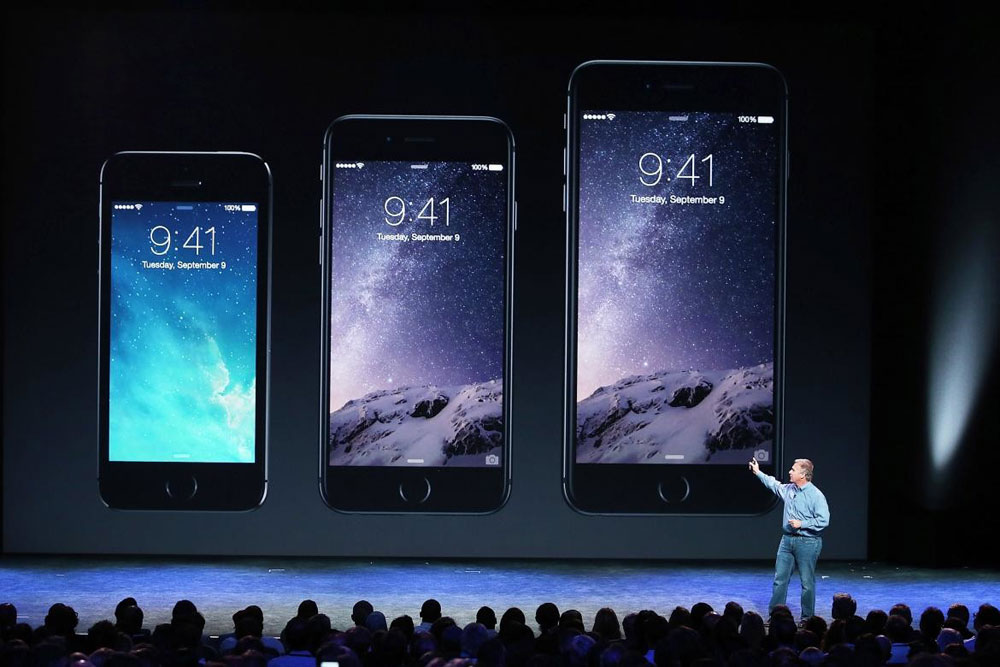 The problem with the Mac lineup — in the structure of Apple

Apple is a huge company with massive profits, huge financial reserves and a strong brand. Theoretically, a company should have no problems with regular updates high-yield demanded by the market of desktops and laptops. Of course, it’s hard enough to constantly bring in these products a radical new design and innovation, but existing users need something simple, namely, the belief that Apple will regularly update the hardware. Instead, the company comes to a situation when there is a radical redesign (including many innovations) professional desktop computer… and then forget about it for three years, although a well-established business process is not based on random breakthroughs, continuous development.

Read also:   iPhone 8 vs iPhone 7 and Galaxy S8: the best in all senses

Of course, the most important product of Apple is iPhone. The company tries to make each new model was significantly better than the previous. IPad have a lot in common with the iPhone that makes it easy to keep this product range up to date. Smart watch Apple Watch is the quintessence of the efforts Apple is taking to expand into new growing market. Online services companies strengthen the position of the iPhone.

Taking all this into account, it becomes clear that Mac is not so important for the company as other projects. Among themselves it’s not Mac desktop computers and laptops.

In the end, the regular update of the line desktop computers — the process of objectively simple, but they have no one to do, because it is nobody’s responsibility. In functional organization’s most valued collaboration, including at the highest level, and all tasks, which she now aimed in no way affect the development of the Mac.

This situation raises the question — whether to preserve the functional structure of the company as of its growth? In the end for the company related to the market of personal computers and is famous for achievements in industrial design, market monitors seems quite promising. The same can be said of professional desktop computers.

Of course, changing the organizational structure for your company can be costly. In the past, this organization has allowed Apple to be as flexible as during start — same iPod was originally launched as an accessory for a Mac, but Steve jobs changed the direction of product promotion and turned it into a cross-platform hit (which would be almost impossible if within the company, this was done bureaucratically complicated “Mac Department”). The launch of the iPhone and iPad without the fear of cannibalization of resources helped Apple become a leader — more formally organized Microsoft failed to capture a share of the mobile market.

But now Apple goes with a number of markets, and it is a sign that the current structure lacks something for further development. Apple is a large company and wants to become even bigger. To achieve this, need to start behaving like a large company.

With this accessory, you can forget about falling from the hands of iPhone

One of the worst nightmares of your iPhone comes to life when your smartphone slips out of your hands. Despite the fact that Apple continuously enhances the body of their devices, the result of a failed landing almost always be scratches, chips and broken screen. To prevent unnecessary feelings of users and to extend the […]

In July, following the release of iOS 10 beta 2 for developers Apple first launched the public testing of its mobile operating system. Today we release a new public version of the iOS updates 10.1 beta 1, the development version that debuted two days earlier. At the same time became available for public beta macOS […]

Parents should pay more attention to the education of children, and not to shift this task on the iPad. This was announced on air of RSN Commissioner for the rights of the child under the RF President Pavel Astakhov. “We need to work seriously, to bring up children. I just have my youngest reaches to […]