According to the Agency Bloomberg, Apple has already started production of the iPhone 6s, which will be a new feature called Force Touch. The touch sensitivity of the display will give users much more freedom when handling your smartphone. This technology was first introduced as a key feature of a smart watch Apple Watch, and later appeared in the MacBook and MacBook Pro.

The Apple Watch owners actively use this technology: pressing with force on the screen of a smart watch to display the context menu, which you can use, for example to mark or delete a letter in the Mail. If you have a Mac, can a little harder you press on the trackpad to fast rewind the video and control the speed by the pressure. Specialized software will be able to turn the iPhone screen into a large button, which are sensitive to velocity and open up many new use cases for mobile devices.

Developer and founder of Agile Tortoise Greg Pearce said that iPhone owners can expect from the Force Touch. According to him, despite the possibility of wider applications of the technology, Apple may initially encounter a number of problems. One of them is that users will be difficult to find out about this feature and get used to using it. Force Touch gestures are invisible, and therefore not obvious to humans. As explained by pierce, function cannot be duplicated any visible button, menu or other element on the screen.

The situation is reminiscent of the launch of iOS in 2007, when users had to learn to use touch interface. Much later, when Apple was preparing to release of iOS 7, which was more difficult to understand flat design, the company said that people have learned to work with touch-interfaces, and therefore they don’t need tips. 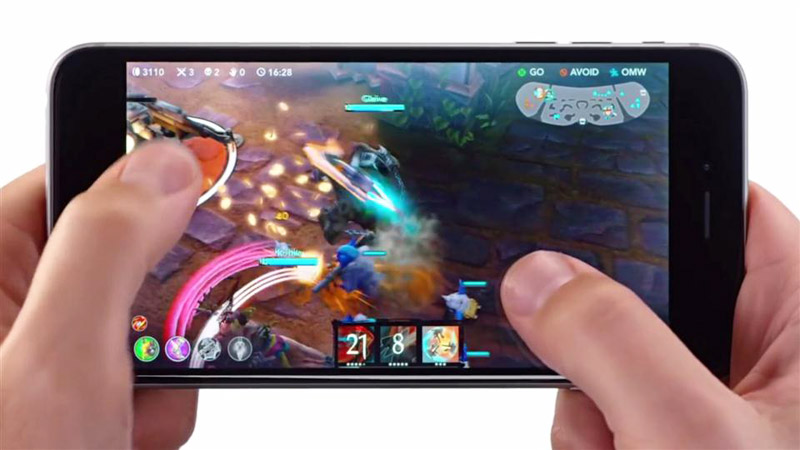 Force Touch technology is already present in some Apple products. Probably the company has decided that users learn the principle of its work.

“Force Touch on the new Mac provides detailed feedback and new opportunities for managing the user interface. We believe that the implementation of this technology on iOS will be closer to the Mac than Apple Watch,” said pierce. “If the developers of the apps on iOS will be able to get information about how much the user clicks on the screen, in addition to data on the number and locations of touches of the screen, this will open many new features,” added the developer.

It’s worth noting that Apple is not the only one who is interested in technology that allows to distinguish between a light touch on the trackpad and pressing with force. This week, Microsoft received a patent for its own analogue of this development, which can find application in the Windows touchpads-laptops, smartphones and touch keyboards for tablets Surface.

Apple HomePod will get 1 GB of RAM

Last week Apple seeded IOS for smart speakers HomePod. Developed by Avery, Magnotti studied the firmware code and found new and interesting details. HomePod Apple will get display with a resolution of 272 x 340. It will display the animation of Siri, and the virtual buttons to control the volume and activate a voice assistant. […]

Before the announcement of the iPhone 7 less than a month, so rumors about the new generation of “Apple” smartphones appear almost hourly. This time they relate to the preparing for the presentation of the smartphone — the iPhone 7 Plus. It is known that the iPhone 6 was the first Apple device that received […]

Why is Lightning better than standard headphones?

When Apple switched from the 30 pin connector to Lightning, it was positioned as a more convenient solution for accessories. However among most of these accessories for a long time was not the most important headphone. But now the situation began to change. On the eve of the release of the iPhone 7, which will […]