As always, the new iPhone is better than the old. But why? What are the differences? Why buy a new model instead of the old? We answer questions and search for differences between the iPhone 11 and iPhone XR.

It seems like a trifle, but as it sounds: “iPhone ten eras” or “iPhone X-Er” against the simple “iPhone eleven.” I think that this is a matter of psychology and personal attitude, but I like the version with iPhone 11 more. It is more understandable and logical, without unnecessary troubles.

According to Apple, in the iPhone 11, the company now uses a new glass, closing the front and back of the phone. It is stronger and better withstands shock. Need to check.

The new iPhone 11 will appear in six colors, the palette has been thoroughly updated: instead of coral and blue, green and purple have appeared. Four colors remained the same: black, white, red and yellow. Although now this is a different shade, not so saturated. 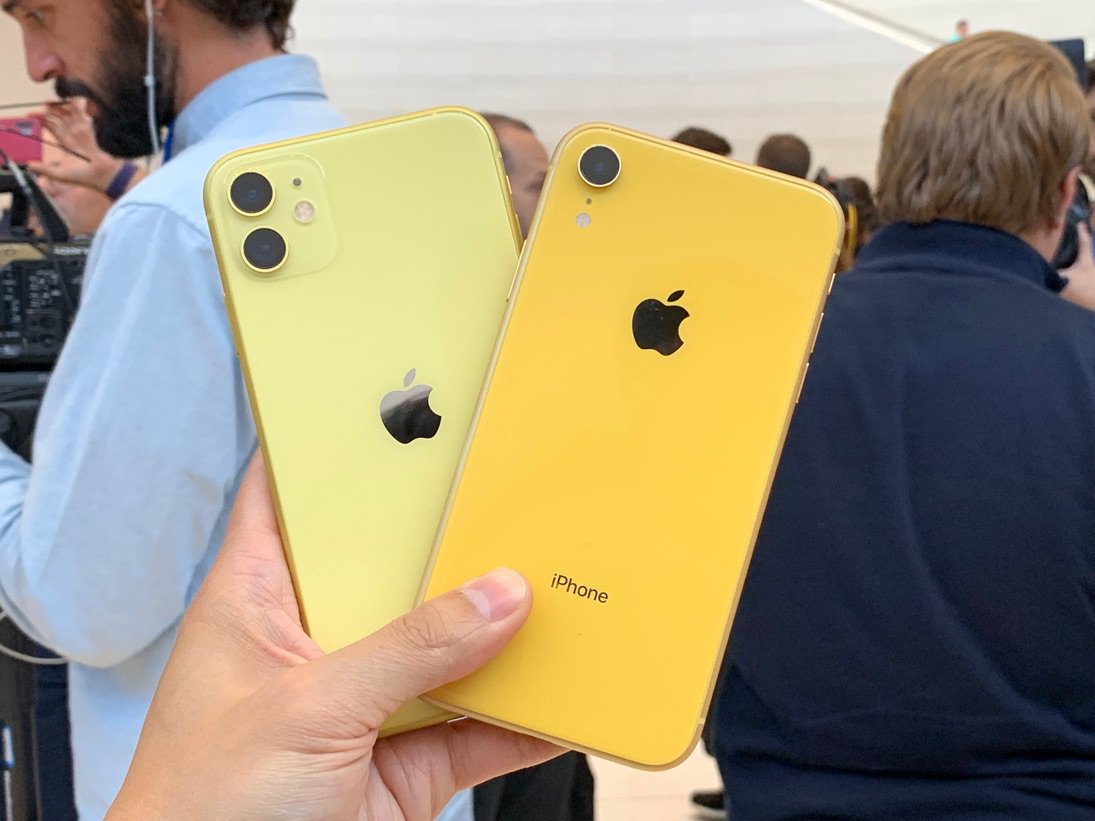 If the iPhone XR met the requirements of the IP67 standard, then the iPhone 11 has already declared IP68. In any case, moisture protection is excellent, only now it is of a higher level. This means that the phone will last at a depth of 2 meters to half an hour. In practice, you are unlikely to feel the difference, but when you try to find the differences between two very similar phones, every little thing is important.

Improving the face scanner is another innovation. According to Apple, the new sensor system is 30% faster than the old one and recognizes a face from a wider angle. What worries me most is whether the phone learned to recognize the owner when you hold it not vertically, but horizontally. For example, iPad Pro knows how to do this, and I want to get the same function on the phone.

Read also:   Hvilina Green Screen - watch in the design of the 90s 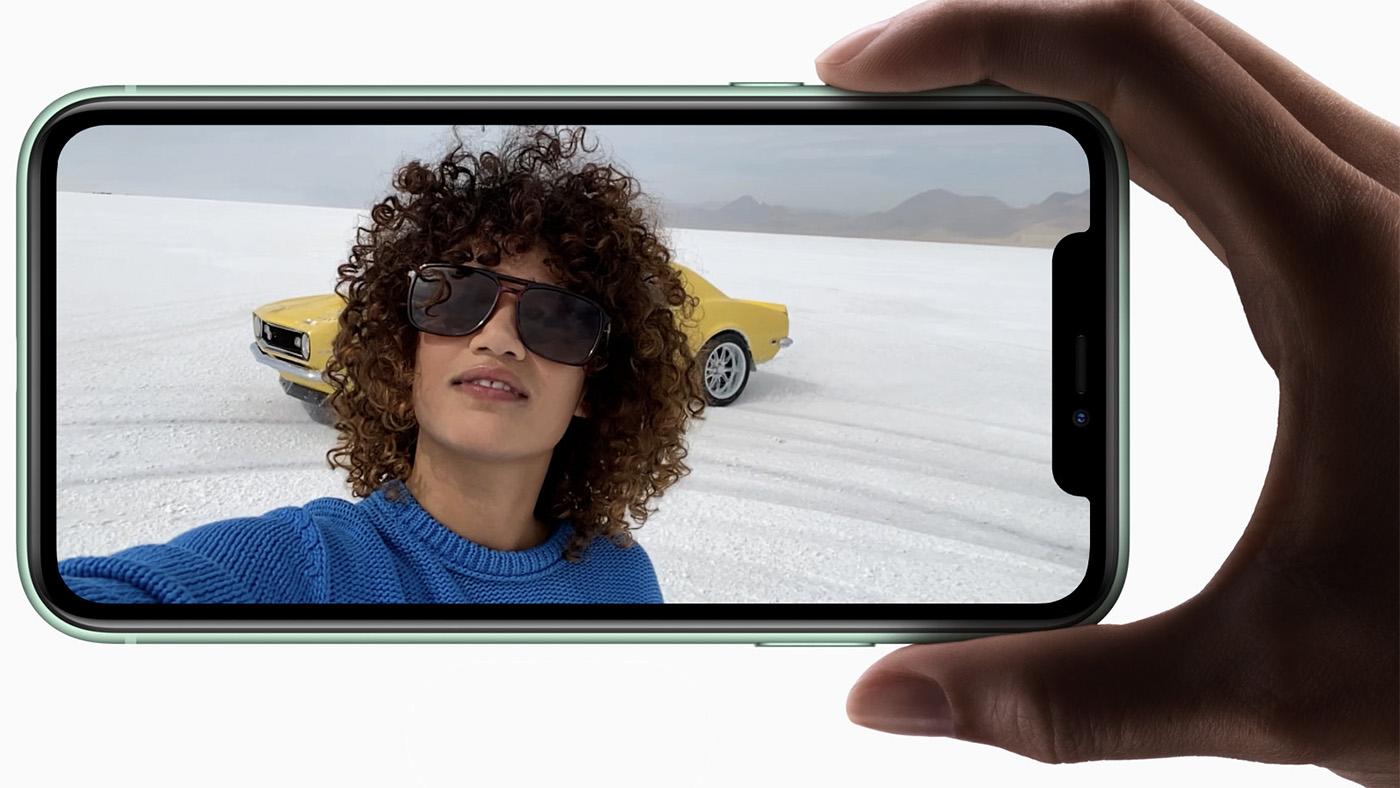 In terms of audio, the iPhone XR was good, but apparently, the iPhone 11 will be even better: Dolby Atmos support appeared here. In addition, Apple announced such a chip as Spatial Audio. Translated into Russian, we are talking about spatial sound, a certain field around the phone. How does 3D sound work in such a small phone? We will verify this already during the testing of the device. But before this was not in iPhones.

One of the main innovations, thanks to which you can distinguish an old phone from a new one. Now the iPhone 11 has a dual camera versus the only module in the iPhone XR. Here we get a new wide-angle module and super wide-angle, double optical zoom and ultra-fast shooting. According to Apple, the new camera takes pictures three times faster than the old. 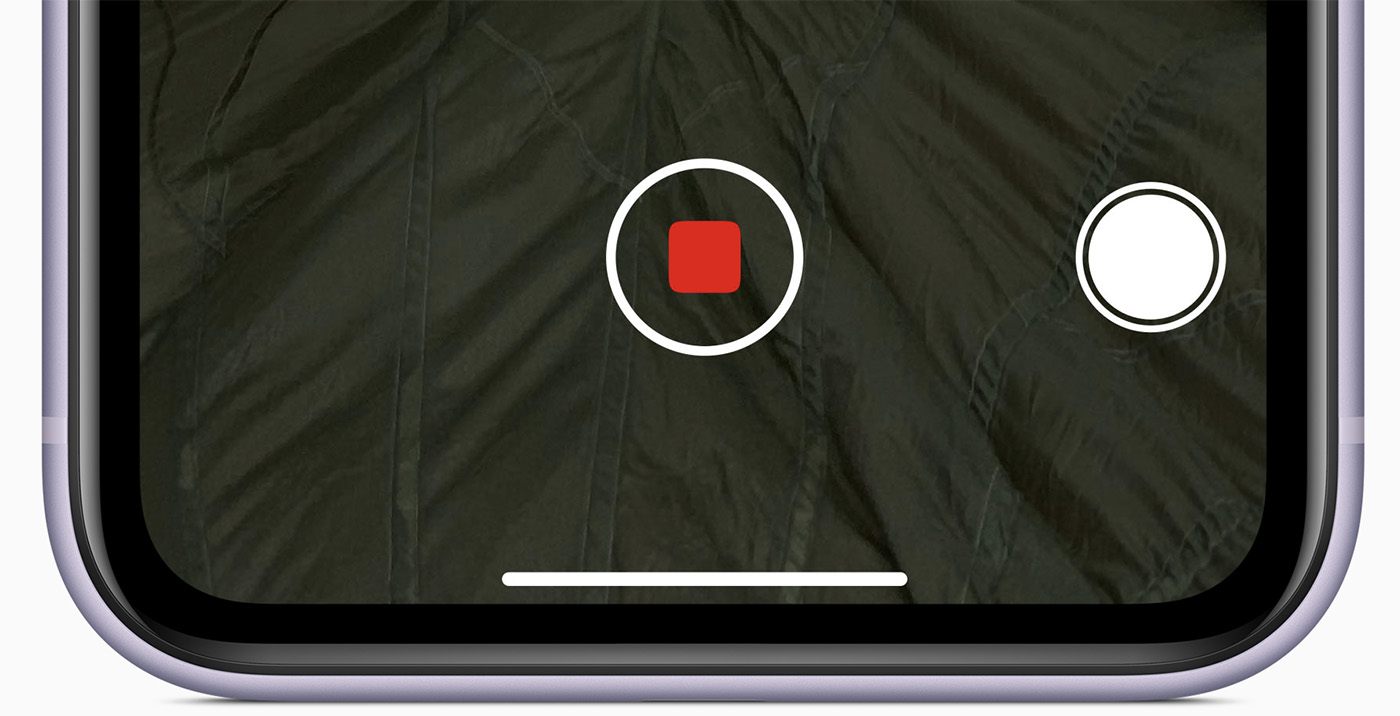 Plus, new effects have appeared when shooting portraits, and in portrait mode you can shoot not only people, but also objects or animals. In addition, they added a new night shooting mode and a quick recording function. Its essence is that you hold down the shutter button, and the phone writes a video instead of photos. For starters, we’ll leave Slofie – video selfie on the front camera in slow motion. Horror.

The fastest and most powerful processor with the best graphics accelerator – this is how the new Apple A13 Bionic can be described. It is 20% more powerful than last year's Apple A12 Bionic. If you like benchmarks and numbers, then a lot of tests and comparisons from curious reviewers will appear soon. In any case, there will be an excellent margin in productivity for the coming years.

Read also:   About Everything Interesting This Week # 44: The New Apple Watch Dials and the Whirlpool Trailer 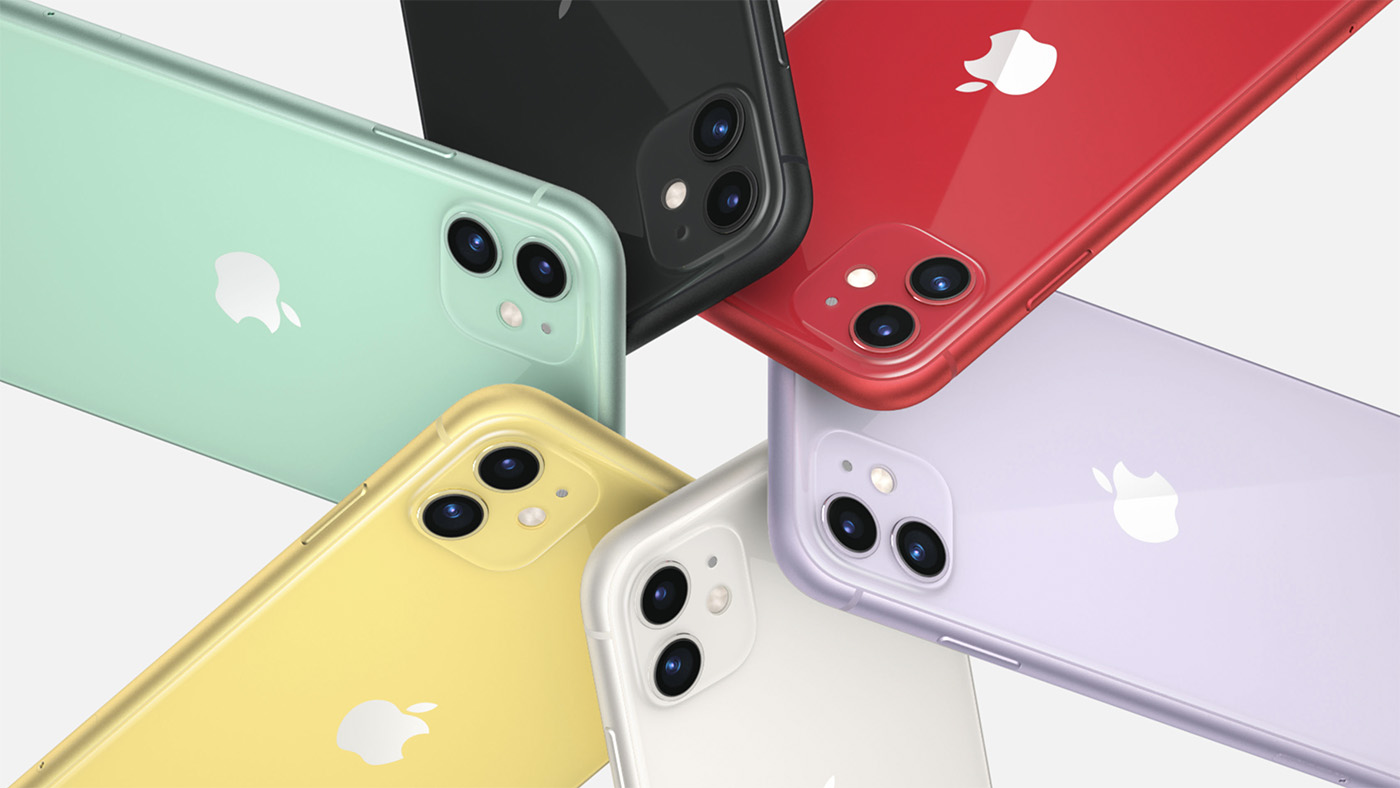 Now the iPhone 11 supports Wi-Fi 802.11ax, aka Wi-Fi 6. If you use such equipment, you can estimate the speed of work on the new phone.

Apple did not say anything about the battery capacity at the presentation. Most likely, we will find out the exact indicators only when iFixit disassembles the smartphone. In the meantime, Apple promises that the phone lasts an hour longer than the iPhone XR. Given that the iPhone XR can be safely called the longest-running Apple phone, this is definitely good news. 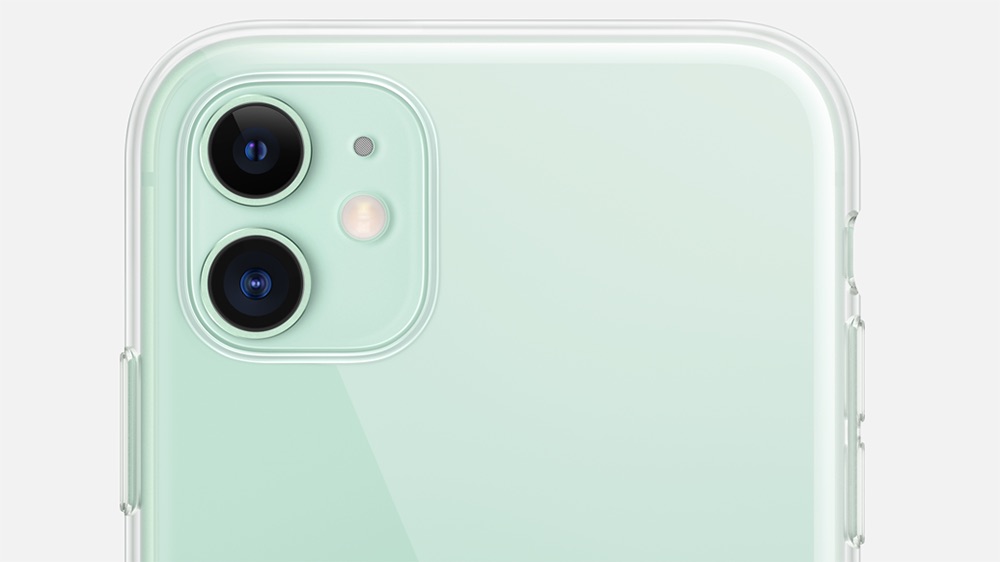 What did not change

Now that Apple did not begin to change in the phone.

As for the dimensions, no changes. Exactly the same case, the same dimensions: the phone weighs 194 grams, quite weighty and heavy. By the way, keep in mind that the design of the cameras has changed, so the cover from the old iPhone XR to the new iPhone 11 will not fit. 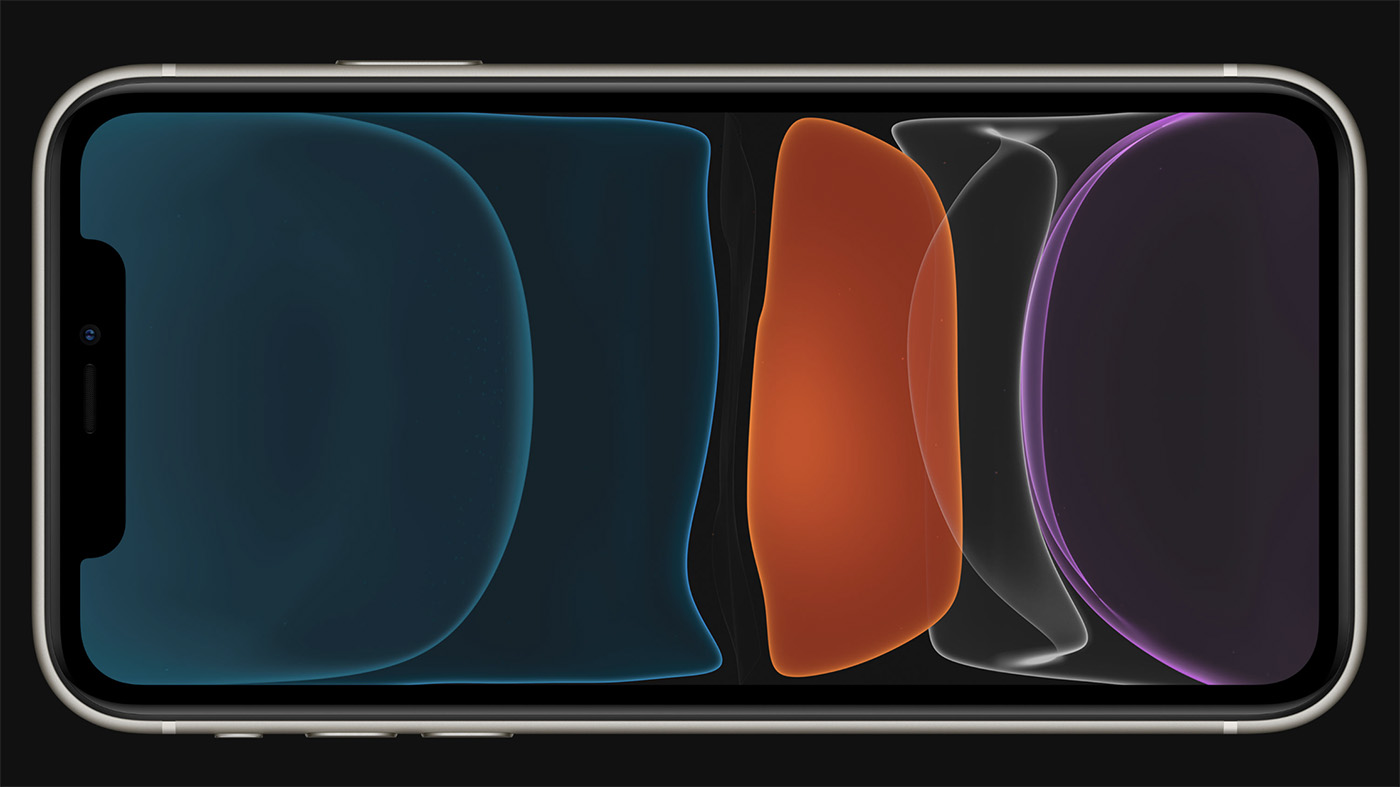 The size and resolution of the screen have not changed: a diagonal of 6.1 inches, a resolution of 828 × 1792 pixels, a brightness of 625 nits. It is a pity that HDR support did not appear, but True Tone and a well-known LCD matrix remained. 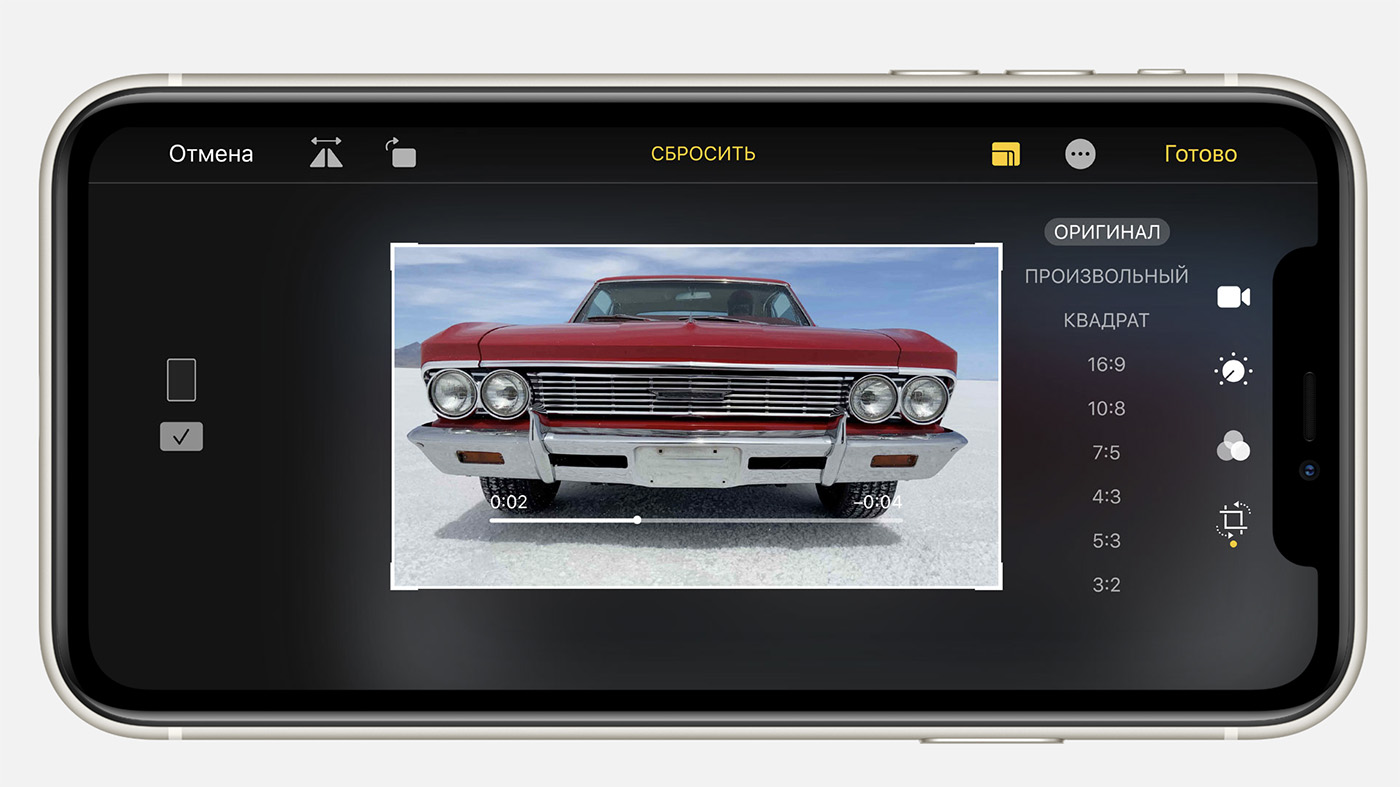 Read also:   LeEco flagship chip Snapdragon 823 ahead of the performance of the iPhone 6s, typing in AnTuTu over 154, 000 points

It's a little disappointing that the new iPhone 11 Pro received a power supply in the kit for quick charge of the phone, but the iPhone XR is deprived of such joy. It is equipped with a 5 W unit, so there is no question of high-speed charging. Want to charge quickly – pay for a separate accessory.

What’s in my iPhone — Manager of Finance CoinKeeper

Edition MacDigger shares useful and interesting application that will appeal to many users. Each adult on this earth somehow have to earn a living. Someone has a boss, someone in your business, someone engaged in freelance: they have in common is that for their work they get money. For these funds you must make sure […]

“Smart” bulbs for IKEA will receive support for Apple’s HomeKit

In March this year, IKEA, the world’s largest retailer of furniture and home products, has introduced a new “smart” lighting system under the brand name Trådfri. Lamp retailer based on the open wireless standard, ZigBee Light Link, which allows you to manage them with the help of smartphones, tablets and computers. IKEA today announced that […]

The first release of the iOS operating system 11 and a few minor updates, it turned out not entirely successful. Users do is complain about bugs, interface freezes and very poor autonomy. Apple has listened to the comments and prepare the final version of iOS 11.1 c fix most problems. Despite the fact that iOS […]