Social network “Vkontakte” released a big update Snapster lenses, which was first introduced in July 2015. The new concept was the creation of photocount. 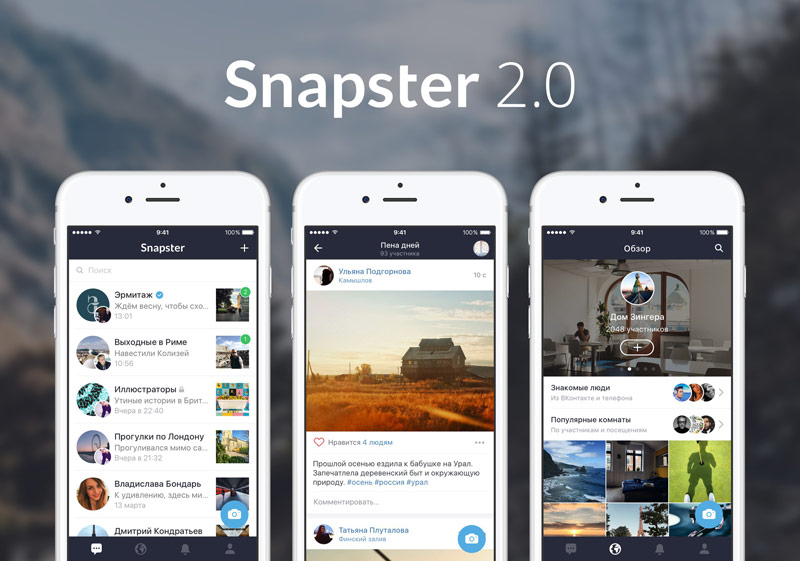 Snapster was launched last year. Works he copied Instagram with the difference that the Russian company has developed a more functional set of filters. Lens “Vkontakte” allows you to more carefully work with the colors in the images — for example, you can choose the color to lighten or discolor. The filter created by a user can be shared with friends. Snapster was highly integrated with “Vkontakte”: the photo loaded in the app was duplicated in a separate photo album in the social network.

The main focus of Snapster 2.0 is made in the darkroom. They allow you to combine all the user’s photos. Using the darkroom, when you publish a new snapshot, you can decide where to place it: you can publish photos only in Snapster, or in “Vkontakte” and placed in the memory of the mobile phone. To administer such fotocommunity can several people.

Users can create private, personal and public room. First, you can discuss plans with friends, staying in touch with loved ones and collect pictures of events. In the second room, the developers offer to post photos about your achievements and travels. Well, public rooms allow you to subscribe to news, to follow celebrities and to join interest groups.

Updated lens “Vkontakte” gives you the opportunity to more closely engage in the work color gamut images — for example, the opportunity to choose the color which you want to increase the brightness or contrast, Desaturate. Added complex, a powerful editor with ability to share filters with friends. 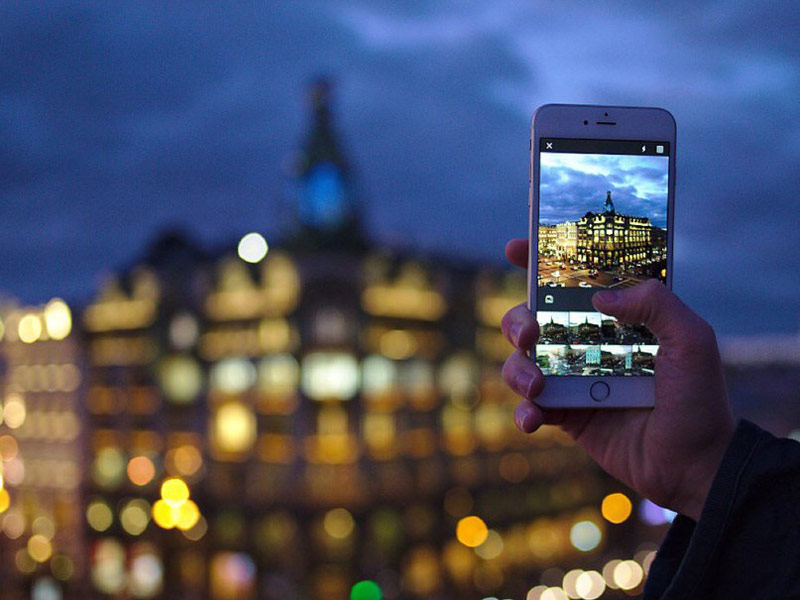 Lens from “Vkontakte” entered the top best apps of the year by the App Store. However, according to some experts, with the release of this app, the social network missed the year and a half. During this time, Instagram has gained great popularity in Russia, and to compete with this program became difficult.

Attempts to create a lens were and Facebook, which in 2012 announced the Facebook Camera app (FC). In the same year the social network was preparing to buy Instagram — the popular worldwide service that allows you to take photos on the smartphone to process them, to show friends photos and comment on them. At the time of the approval of the transaction was pending in the Federal trading Commission of the USA. On the Facebook app started to work even before the decision to buy Instagram.

In ideology the app is Facebook different from Instagram. Facebook gave users the ability to upload multiple photos at the same time, Instagram did not allow it. Photos in Facebook could be not only square. The application reads geotags from photo and showed where the picture was taken. In the film friends FC to show only the posts with photos.

The “Vkontakte” have already been attempts to create third-party services based on the social network. For example, the service to find work “the State” or video service “Vkadre”. However, they did not find support from users and as a result after some time were closed.

Whatever facilities were not considered, macOS, Mac owners sometimes do need to have Windows. For the offspring of Microsoft available PC-compatible software, but if you are a gamer, you will need “Windows” to run the most popular game titles. There are two simple ways to run Windows 10 on your Mac that do not require […]

Tim cook presented the application for doctors cost $ 100 per year

Apple CEO introduced the app VisualDx, which is more than 32 thousand medical images. The program is designed for graduates and will help to simplify diagnostics. Reported by Business Insider. “VisualDx app for innovative diagnostic methods. Together with a Core ML it will help dermatologists to put more accurate diagnoses,” said Tim cook. In the […]