VKontakte announced the launch of a competition to develop mobile applications for iOS, Android or Windows Phone with a total prize Fund of 2 million rubles. Submissions will be accepted from 24th December 2015 to 27 March 2016. 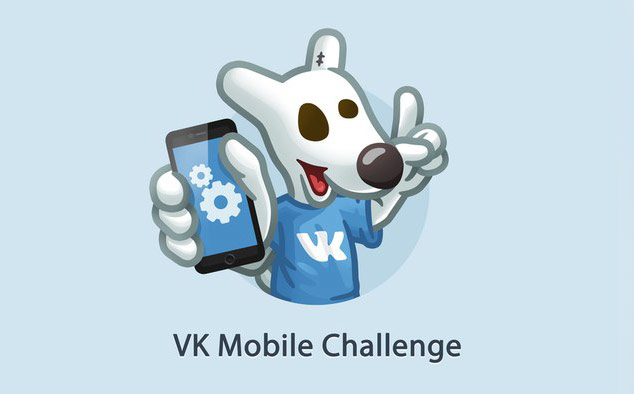 The participants of the contest (open to residents of any country), it is proposed to develop a separate mobile app for popular mobile platforms that uses the API of the social network and extends the capabilities of existing services “Vkontakte”.

The company proposes to come up with their idea of service or use one of the following:

Complete and solid applications for solving the task, will be evaluated higher than unfinished prototypes, the organizers of the competition. Special attention will be given to the design quality of interfaces and the stability of the application.

The application source code needs to be written in one of the following languages:

The prize Fund is 2 million rubles. It will be divided among the developers of “the best quality and most functional applications”, write the organizers. The best projects will define the jury consisting primarily of the developers team of “Vkontakte”. The copyrights of the app will remain with developer.

Last week, the network appeared the image of the casing of the alleged iPhone 7 and dual camera the new. They were published by the French resource Nowhere Else, known for his leaks. Today, the vast Chinese Internet appeared “live” photos of the device, called the iPhone 7 Plus or an iPhone Pro. A characteristic […]

Developers Studio Firi Games, developing applications for iOS and tvOS, found confirmation of Apple’s plans on further development of Apple TV. According to the source, in Cupertino are testing a model of the fifth generation, which is expected to receive support 4K video HDR. According to insiders, the announcement of Apple TV 5G could take […]

There was a presentation of the iPhone 11 and iPad 7. Apple also announced the Apple Watch Series 5. The watch, apparently, is excellent. Image from apple.com The design has not changed much. But everything else is impressive. Apple Watch Series 5 offer an unusual display. It never turns off, it works constantly. You always […]