YouTube is gaining hits the movie “Ants Circling Phone”, in which a small group of ants are lined up in a circle around the iPhone. A few days the video of the mysterious behavior of insects scored over 100 000 views. 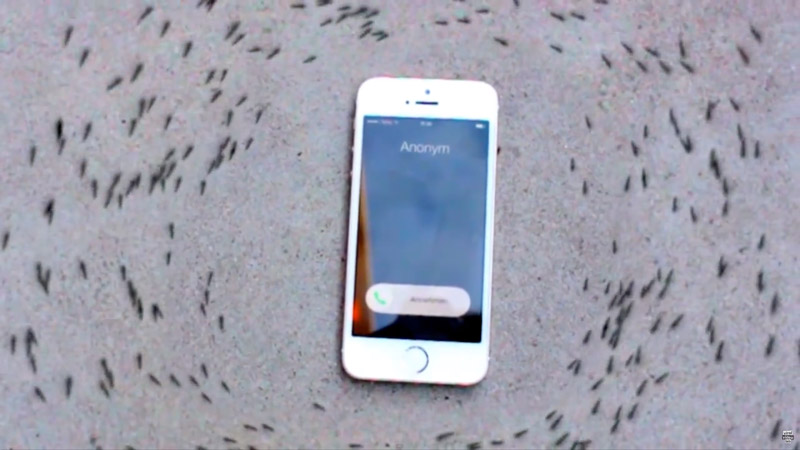 A flock of ants first randomly tossed next to lying on the ground a smartphone, and when it starts ringing — going almost in a perfect circle. The author of the video Antilles arts suggests that this behavior is caused by electromagnetic waves of the incoming call.

However, a number of experts does not bind the behavior of insects with iPhone. Known natural phenomenon, consisting in the fact that one or a small group of ants, at first glance, quite unjustly, starts running in circles, gradually involving in its endless cycle of more and more other ants. They continue running until, until you fall over dead, and formic circle continues its rotation until complete exhaustion, leaving behind hordes of the dead.

Major American myrmecology William Morton Wheeler for 100 years before the first iPhone was described observed them in the laboratory case spontaneous formic circle, practiced for 46 hours.

How can I prevent the update to iOS 9.3.4 on devices running iOS 9.3.3 jailbreak

When connecting iPhone and iPad to the Internet via Wi-Fi, updates for iOS are automatically suggested to download and disable. Even if the user is not eager to install a new version of the operating system. With the launch of iOS 5.0 in 2011, the owners of mobile devices Apple had the opportunity to update […]

The first iPhone with AMOLED-display will be released in 2018

Japanese company Japan Display is planning to launch its own production of AMOLED panels by 2018, reports news Agency Reuters. This calculation does not seem random at about the same time Apple will use this technology in their smartphones. “We will use the advantages of our technology for thin-film transistor in the development of OLED […]

3 smartphone Xiaomi, which really compete with the iPhone

Paul Gorodnitsky has compiled a list of gadgets that are much cheaper, but not worse than the iPhone. Xiaomi bosses have never challenged by Apple. On the contrary, the Chinese have always said that would not be able to do business on the American model, because Cupertino is too much wind the price. “Our task […]