When you buy a new iPhone, paradoxically, you still have the old one, which is not always clear what to do. The authors YouTube channel and How Ridiculous, seem to have found the most original use of “Apple” gadget. 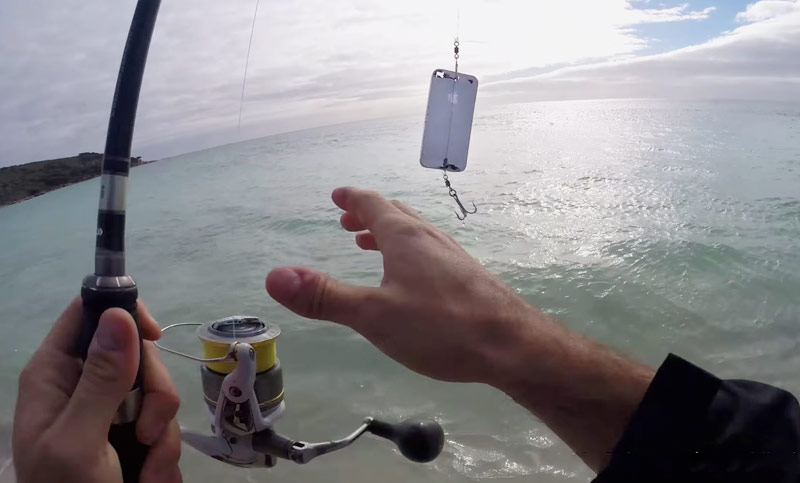 Enthusiasts fixed a broken iPhone 5s on the rod as bait and threw it into the water. Very quickly they managed to pull out of the water salmon of impressive dimensions. According to the authors of the video, a fish weighing about 5 kg, fell less than three minutes.

“Salmon often bite the bait, but that day lot of other lures did not work, — quotes the words of the author 42.tut. — Therefore, even more surprisingly, the iPhone with it. Apple are obviously doing something right.”

Video shot from first person with the camera mounted on the head of “fisherman”. Although the video is not clear and Assembly gluings, for the authenticity of the experiment vouch for difficult.

By the way, after a successful fishing trip young man released the salmon back into the water.

Read also:   Canadian experts have accused an application developer from Novosibirsk to advertising fraud for $250,000 a day

The owners of the MacBook Pro, introduced by Apple in late 2016, complain of problems with a laptop. According to the user device from time to time emits strange sounds. The complaints on the support website of the company and the forums on the net. It is reported that some instances of the MacBook Pro […]

7 reasons not to buy iPhone 7

Not yet officially released iPhone 7 has become a bone of contention. Users around the world actively discussing the controversial device, and we are not far behind. While judging about the upcoming device is possible only by the insiders, which provide a complete picture of the upcoming novelty. Many users are waiting for iPhone 7 […]