The latest update of WhatsApp for iOS is focused on the optimization of battery consumption and improve communication with multimedia content, but due to a bug in the new version of messenger started to literally “eat” free memory iPhone. Many users were surprised when the free space on smartphones has literally disappeared. Lack of memory does not allow the smartphone to work properly, causing problems. Crowded store also has a negative impact on the autonomy of the iPhone.

Discussion WhatsApp discussion forums has dozens of pages. According to users, even reinstalling messenger does not help to get rid of this bug. A few hours later he appears again.

Judging by the messages in the Network, the problem is not massive and the reasons and the ways to solve the problem at the moment is unknown. The only effective way to eliminate unwanted consequences in the form of lack of free memory — delete the problematic app and to monitor the progress in the updates. 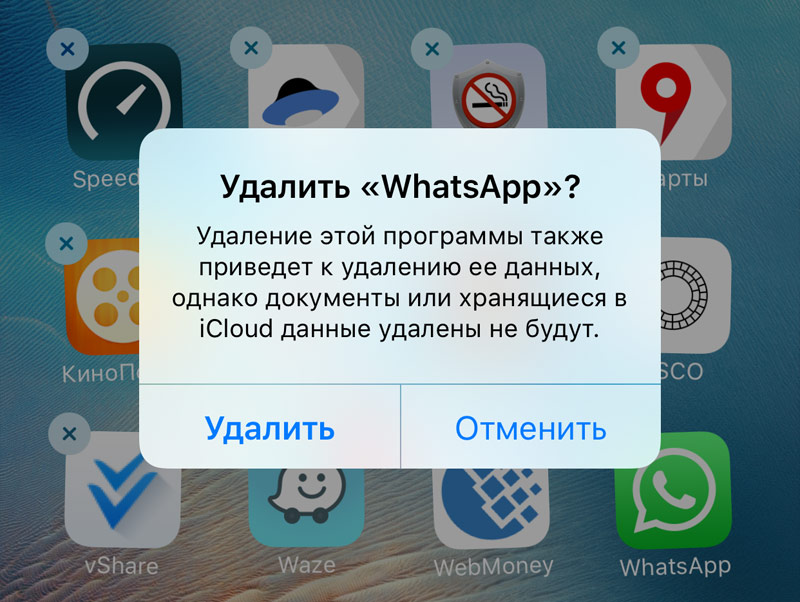 The release of the new version of WhatsApp was held in late February. The update adds support for extensions in iOS now iPhone users can send photos and videos from other applications installed on devices. Also, the application has improved the interface for viewing photos and videos and added the ability to choose the background chat of the many solid colors. During playback you can enlarge the video.

Apple has sued Qualcomm in the UK

Not limited to the claim with the requirement to pay $1 billion filed against Qualcomm in the United States and China, Apple filed a similar suit in the UK. According to the “Apple” giant, Qualcomm has violated the obligation to license the patents that are part of cellular standards. Apple representatives said that the chip […]

5 changes in the updated YouTube app for iPhone and iPad

In a recent update to the YouTube app for iOS has been improved playback support for video shot in portrait orientation. The innovation eliminates the need to turn the device 90 degrees. Now, when you switch to full screen view mode, the program automatically expands the video to full screen, smartphone or tablet. The device […]