Users of the website Reddit reported the theft of personal data after execution of the iPhone and iPad. The experts on this account different opinions: some people accuse the developers of Pangu, others think it’s a coincidence and the creators of the jailbreak for iOS 9.3.3. 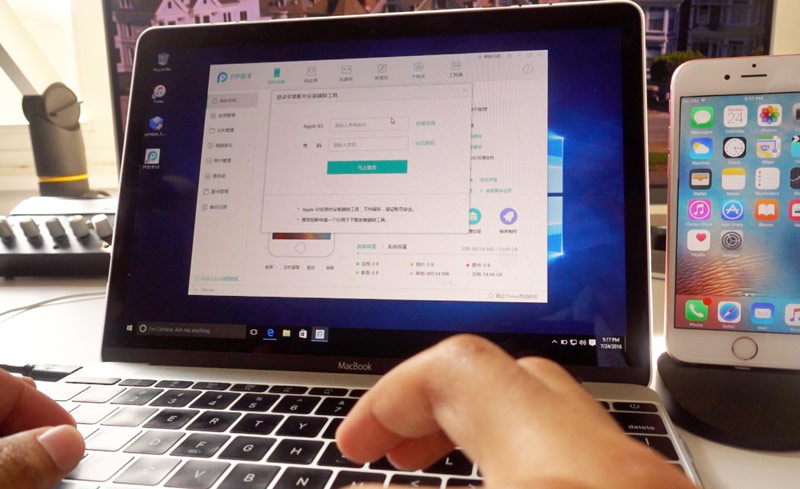 “I use the jailbreak for a few years. I’m not doing piracy and not run any suspicious programs on your computer as this working machine that I built for graphic design. When I was jailbroken, I downloaded a program from the Pangu website and indicated your login and password for your Apple ID. I will not commit such risky behavior.

July 25, an hour after I did jailbreak his phone, someone from Beijing came to my PayPal account and listed $50 per mailbox novitskvassgs@hotmail.com. They have also tried to access my credit card, but the protection tripped. After that I changed all my passwords and turned on dvuhvekovoy authorization,” wrote a subscriber to Reddit under the nickname MacOda. According to him, he used the official version of the jailbreak and installed Cydia tweaks PokemonGoAnywhere, Masterball, PPappstore and Cydia Substrate.

MacOda not the only one who reported attempts to obtain personal information. Users complain of unauthorised access to the accounts of Facebook and PayPal, banking and credit cards. Most of the requests are from Taiwan, Vietnam and Beijing.

One of the first situation was commented by the Creator of Cydia, Jay Freeman. The developer said that he fully trusts the team Pangu, but not sure of the reliability of the authors store 25PP.

I will say that I completely trust Pangu… but I don’t know, did someone on a Chinese version of the application in addition to them. Can vouch that the English version is entirely their handiwork, although if you have downloaded the utility from 25PP, there is a risk: can we trust the employees 25PP that monitor their servers?”, – written by Freeman.

Pangu also made a comment. The hackers claim that neither they nor 25PP didn’t steal the money from users as it would be “stupid” and they value their reputation. Now Pangu trying to find out what really happened.

“Hello, everyone. This is our fourth tool to jailbreak, so we have a certain reputation, despite the fact that we’re from China (we know that many Western users usually don’t trust Chinese software). So if the users think that we break open their accounts for us it is very annoying. Also we have not received any complaints of theft from users in China.

Neither we nor 25PP wasn’t stupid enough to try to make money by hacking PayPal accounts using the jailbreak tool. We hope to know the whole truth soon,” said Pangu.

The hackers contacted the authors and developers of 25pp jailbreak store claim that have no relation to the theft of user data. They suggested that we can talk about the recent leaks of major databases, My Space and Tumblr, and the last reports of the theft of data is a coincidence. They intend to study each case and find out the source of the problem.

READ  Let's look at the iPhone with 6.1-inch display

At the moment there is no evidence to suggest that the Pangu jailbreak contains malware. Moreover, reports of theft of user data are not widespread. However, if anyone doubts the reliability of jailbreaking, you should change the passwords on their core services and activate dvuhlitrovuyu authorization. This will ensure reliable protection against unauthorized access.

27 October, Apple introduced a new generation of professional MacBook Pro. They got a debatable improvement and lost many useful ports, not to mention the luminous bull’s-eye, without which no professional can not work normally. Jokes aside, but the modern MacBook Pro and it should be Pro in the usual sense of the word. Perhaps […]

Apple released iTunes 10 beta 2 – the second test release available in June of the operating system. To download the beta version of the software platform for the iPhone, iPod touch and iPad right now on the developers site or through system updates directly on the device itself. The size of the cumulative release […]

Researchers from Carnegie Mellon and Disney have developed a technology for “smart” hours, which allows you to define the object in the man’s hand. The report was presented at the UIST conference 2015. The idea is that by means of various sensors and associated software, a wearable computer can be transformed into the likeness analyzer […]