The iPhone and iPad owners have reported outages iMessage. Malfunction branded messenger Apple on Tuesday became one of the most popular discussion topics in the social network Twitter. According to eyewitnesses, iMessage doesn’t deliver messages, sends them both SMS and iMessage or duplicate messages and repeated the message is delivered even after the source was read and it was answered. There are also complaints for a long time to send messages, especially attached to them images.

The failure affects the different models of the iPhone and iPad operating system iOS 8. Some users have reported that the problem can be temporarily solved by simply restarting your mobile device.

Some users solved the problem by completely disabling the service in Settings –> iMessage, and then resetting network settings on your mobile device by going to Settings –> General –> Reset –> Reset Network settings. Then you need to re-enable iMessage. 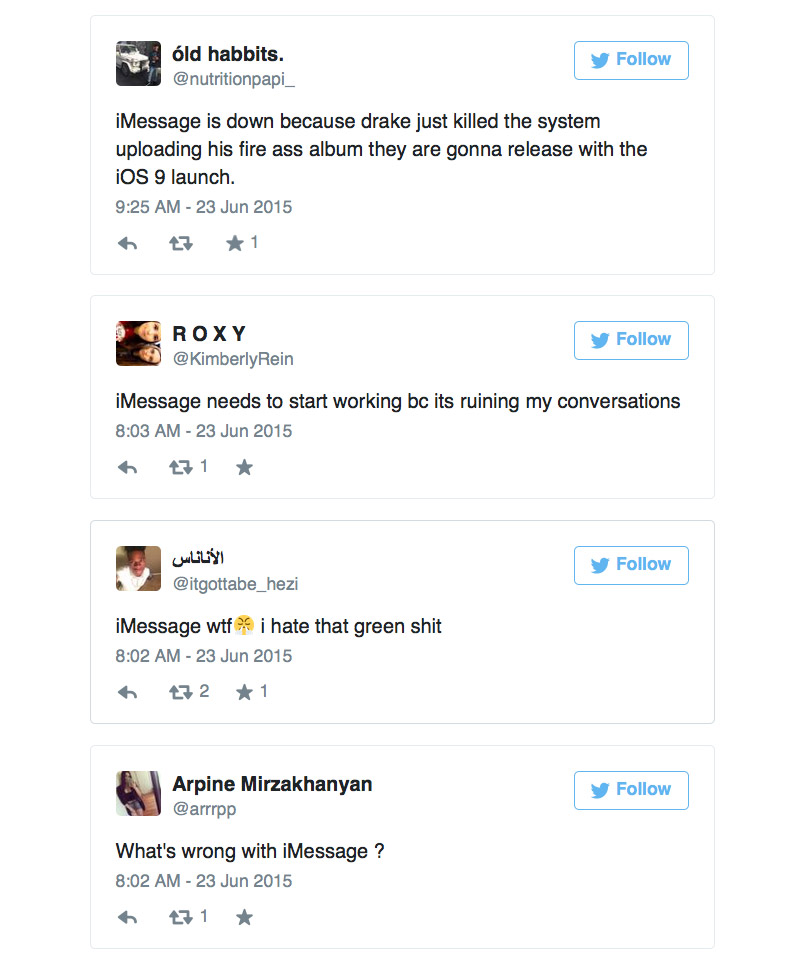 In the Apple hasn’t reported about the problems with iMessage. According to the official website of the company as of 09:45 GMT, all the Apple services are working normally.

Telegram is working again without the VPN and Proxy

A few hours after the start of the blocking, instant messenger started working again without the need to install additional tools. But not so simple. Despite the fact that Telegram is officially blocked in Russia, it continues to work. According to the head of the “Agora” — the legal organization that represented the interests of […]

The new iPad Pro is the biggest and the most powerful tablet in Apple’s history. iPad remains a great device for games and digital entertainment, but now it has become a great tool for professionals. the iPad Pro has received a large 12.9-inch display, powerful processor and A9X brand new accessory — the stylus is […]

The new iPhone should appear in the Apple Pencil, but do it to users? Recently, the network appeared rumors that Apple is preparing to “copy Samsung” and create the second on the market smartphone with full stylus support. Sounds plausible, as iPhone X 2018 will be the biggest iPhone in the history of the device. […]