Samsung flagships usually take the first lines in photo quality right after the release. The company manages to achieve such success thanks to huge investments in R&D aimed specifically at the development of the photo part.

Using the example of the new Galaxy Note20 Ultra, I decided to tell in simple language how the smartphone camera works in general, as well as what are remarkable about the modules of this particular device.

A smartphone's camera is not much different from a camera's camera, and in terms of the type of components, they are generally almost identical: the image comes through a set of lenses. Passing through them, the image falls on the camera matrix. At this point, the image processor receives the information and performs final image processing. 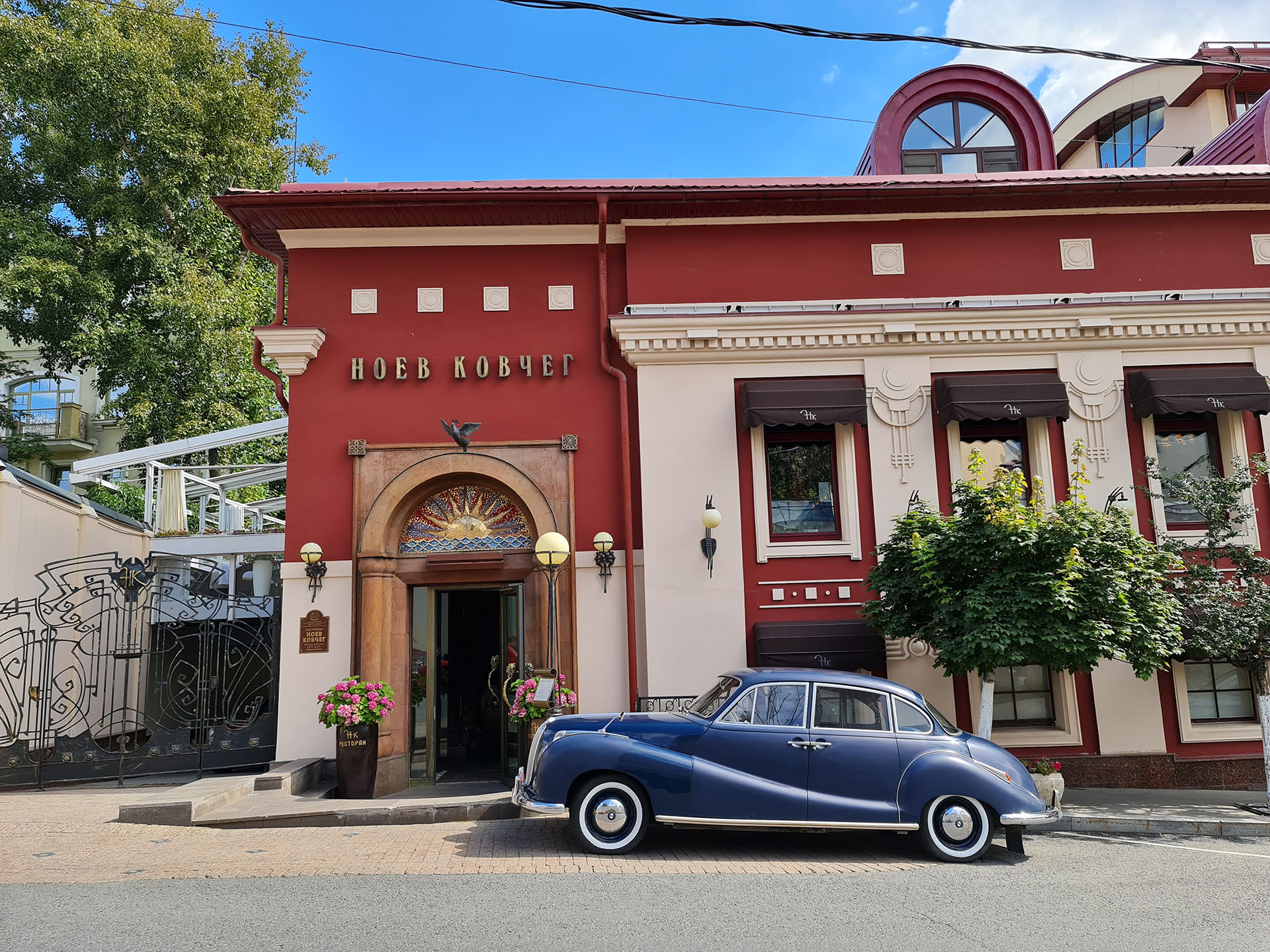 One of the key elements of any digital camera is a matrix, sometimes also called a sensor. The Note20 Ultra uses four matrices at once – each for its own camera.

The most important one is very interesting from a technical point of view – it is the largest RGB sensor ever used in smartphones. It measures 1 / 1.33 inches, or nearly 20 mm diagonally. It contains over 108 million dots – pixels, each measuring 0.8 μm in size.

In normal mode, the camera takes pictures of lower resolution – only 12 megapixels. However, it is not a simple reduction of the size that works here, but a rather tricky one: each of the matrix pixels is combined with neighboring ones. In 2017, Samsung introduced Tetracell technology, which combines four neighboring pixels into one large pixel using a 2×2 technology.

The Galaxy Note20 Ultra uses a Nanocell matrix, and there is already a combination of nine pixels into one, which is responsible for each specific color (red, blue or green), according to the 3 × 3 principle. And if in the case of Tetracell, the size of each pixel increases to 1.6 μm, then in the case of Nanocell – up to 2.4 μm. Thus, the Samsung Galaxy Note20 Ultra camera normally takes pictures with a resolution of 4000 × 3000, that is, 12 megapixels.

Combining pixels helps solve the biggest problem with mobile sensors – they are quite small, and the pixel size directly affects the absorption of light and the perception of information. That is, this dependence usually works: the larger the pixel, the better the picture quality. This also works when shooting in the evening or at night: the larger the matrix, the less it “makes noise”, trying to fill in the missing information, which the sensor simply does not have. 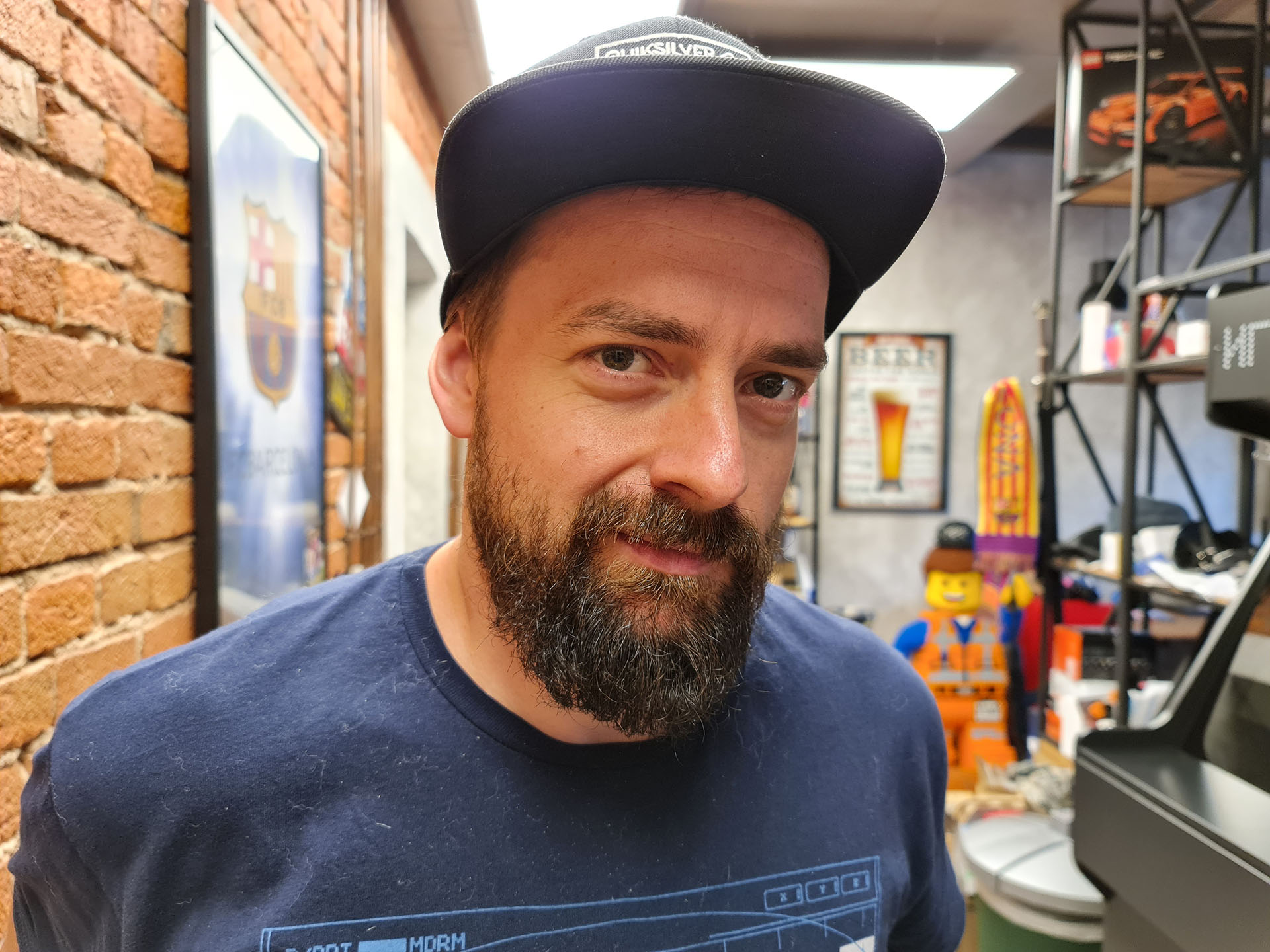 Following the matrix is ​​the objective lens system. Its equivalent focal length is 26mm, that is, the lens is wide-angle. The aperture or light transmittance of the lens is f / 1.8. This is a very bright lens – a lot of light passes through it, which allows you to take good pictures even at night.

On large matrices, the amount of light transmission of the lens affects another factor – blur in the picture outside the focal point. And the Galaxy Note20 Ultra uses a very large sensor, so when shooting close objects outside the focusing line, they can be very blurry. This effect is called DOF, which is the depth of field. And this is neither bad nor good. It's just such a feature that you can use it competently to take very cool pictures. 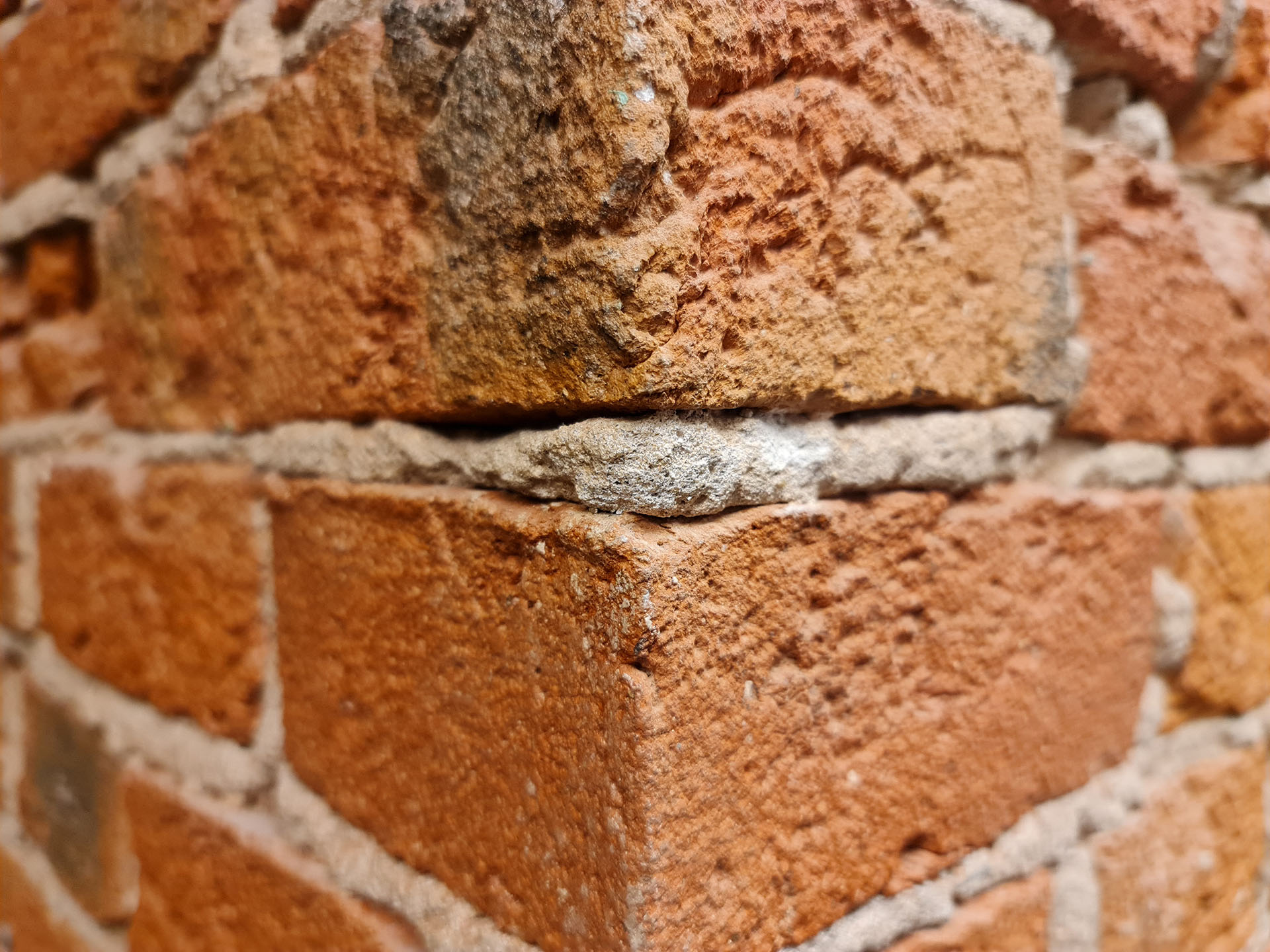 Due to the huge matrix for a smartphone and a very light lens, there is a natural blurring of the image out of focus. Photo: Ilya Kichaev / Wylsacom Media

But the Galaxy Note20 Ultra, like most modern smartphones, has more than one camera. If you simply change the lens on a regular photo or video camera, then this thing won't work with smartphones, so you have to turn to other methods. Each lens gets its own matrix. The Note20 Ultra, in addition to a wide-angle camera, has an ultra-wide-angle and a telephoto lens made according to the periscope method.

Read also:   How much will it cost iPhone 5se in Russia

The telephoto lens Note20 Ultra has an equivalent focal length of 120 mm, that is, the optical zoom relative to the wide-angle lens is close to five times. But due to the structural features of such lenses, they require a lot of space, so the optical system of the Galaxy Note20 Ultra telephoto lens is located along the body of the smartphone, and not across it. Therefore, the optical system of this lens uses a small prism that rotates the image 90 °. 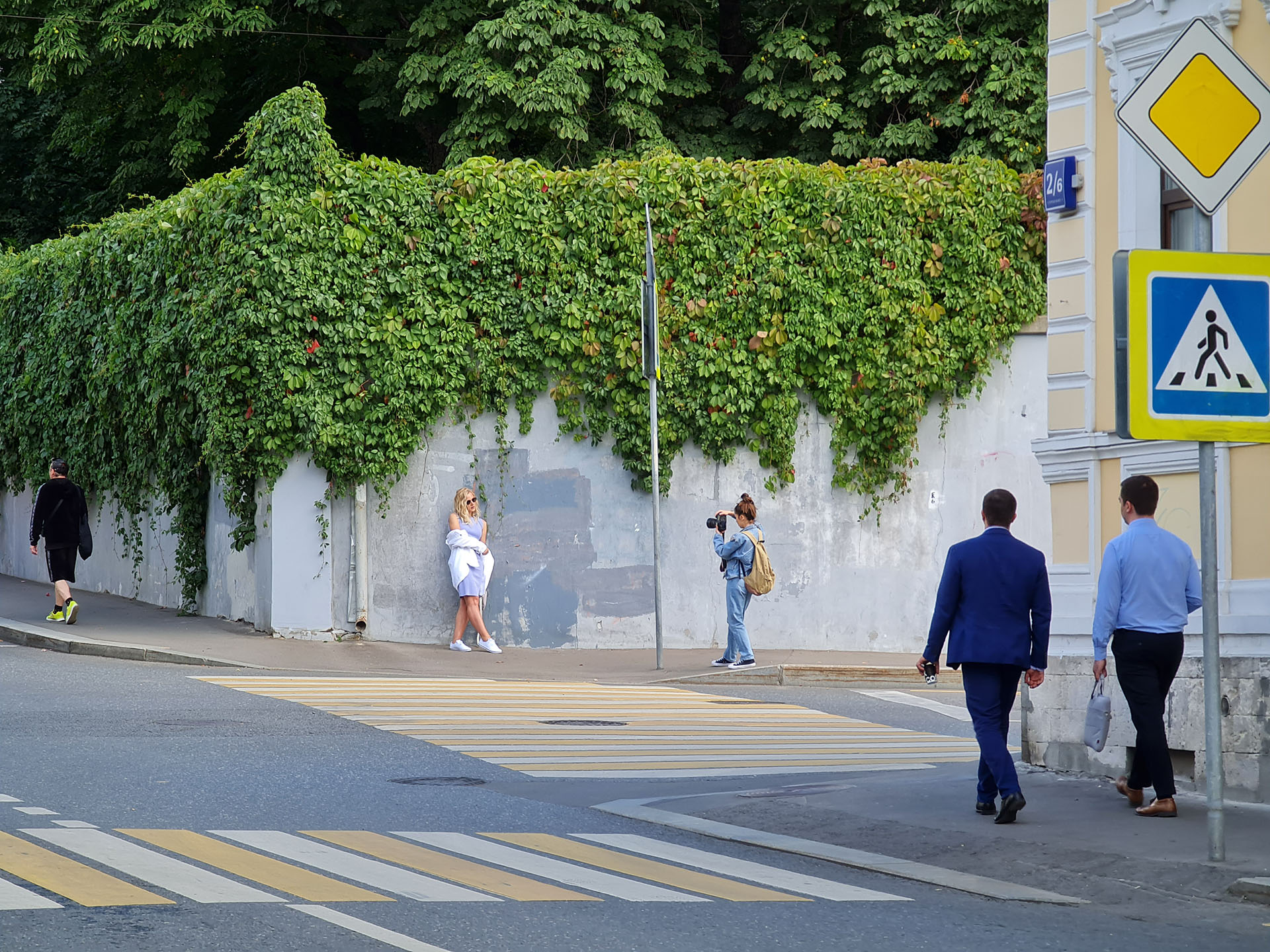 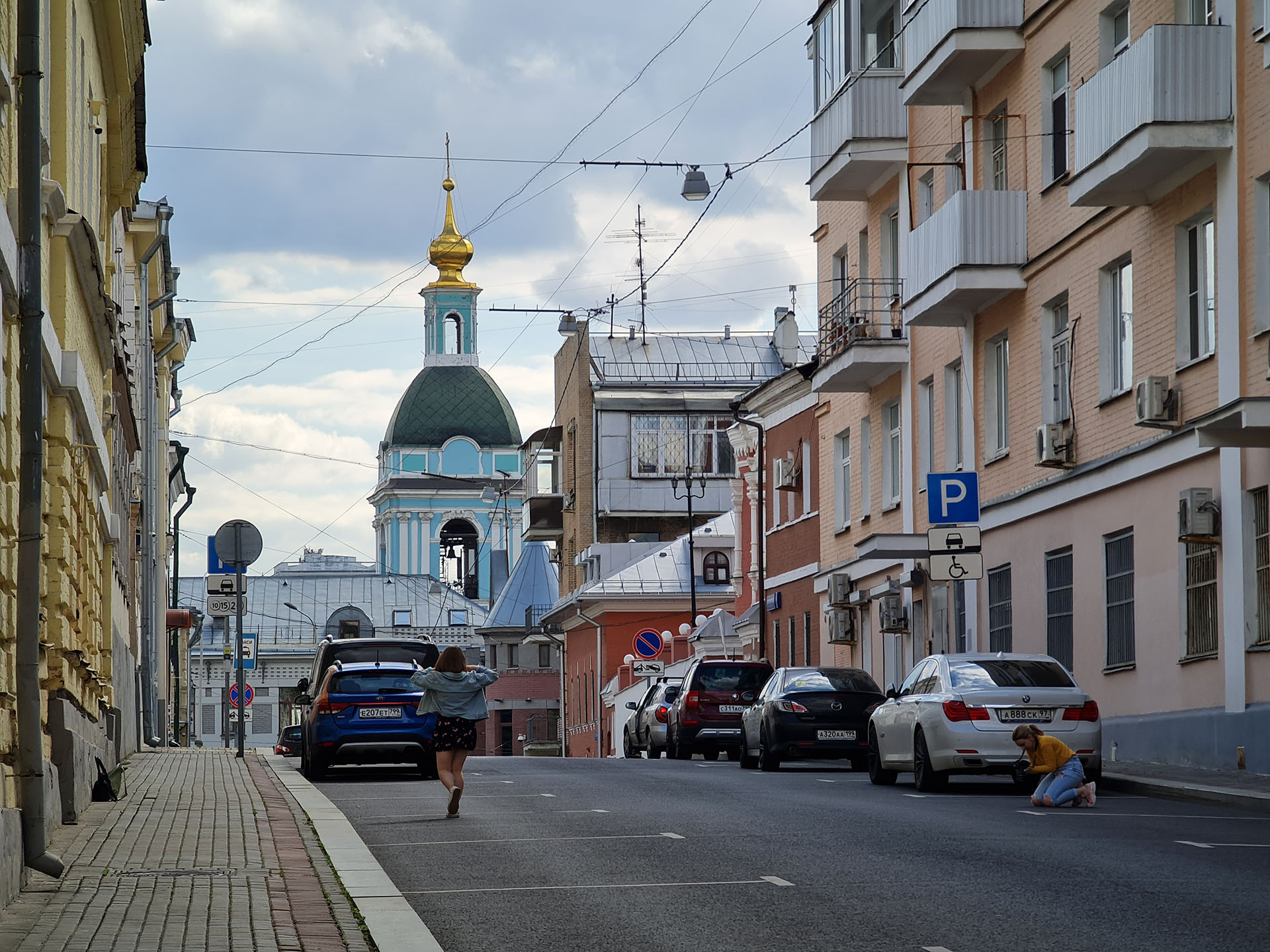 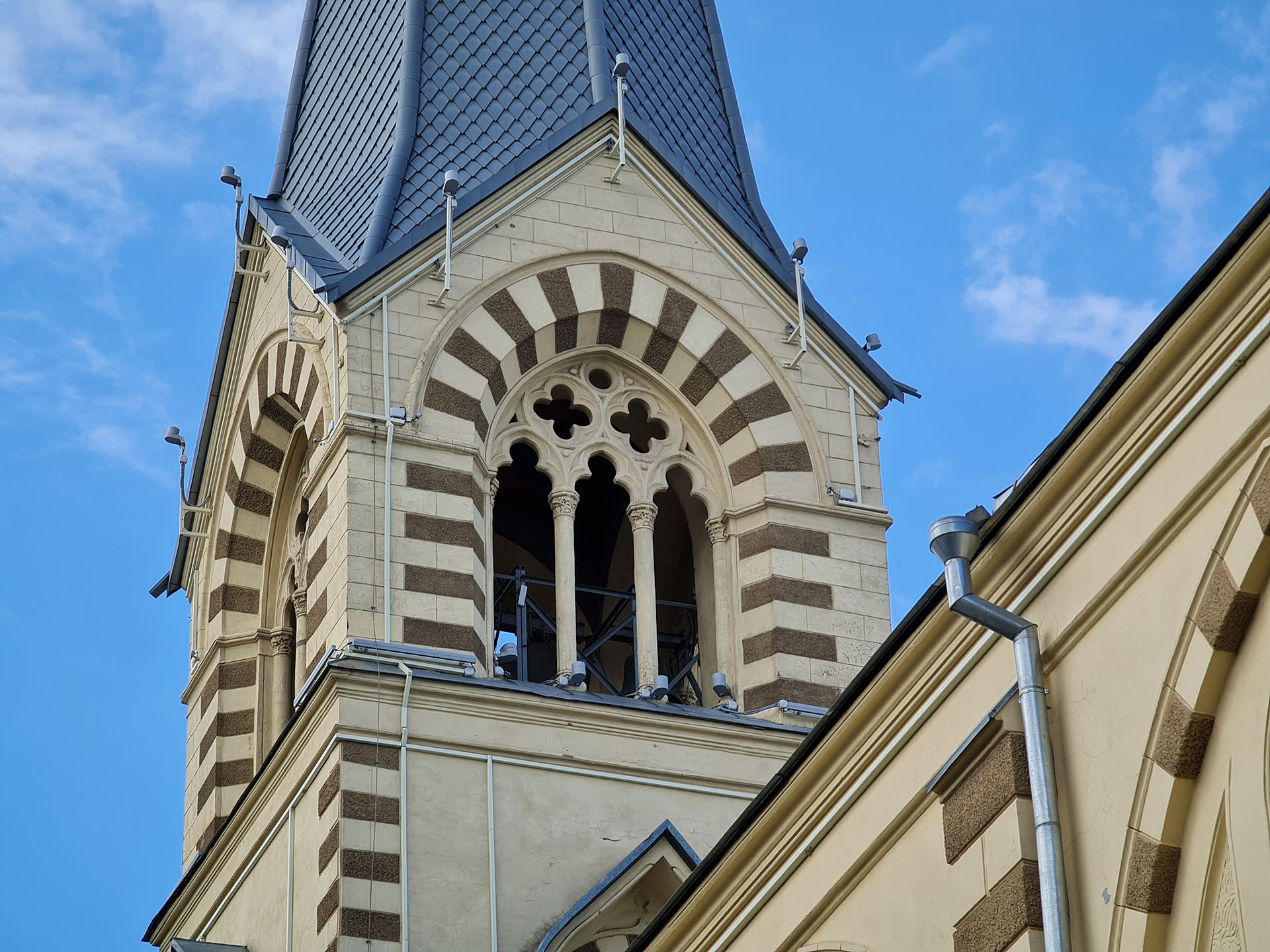 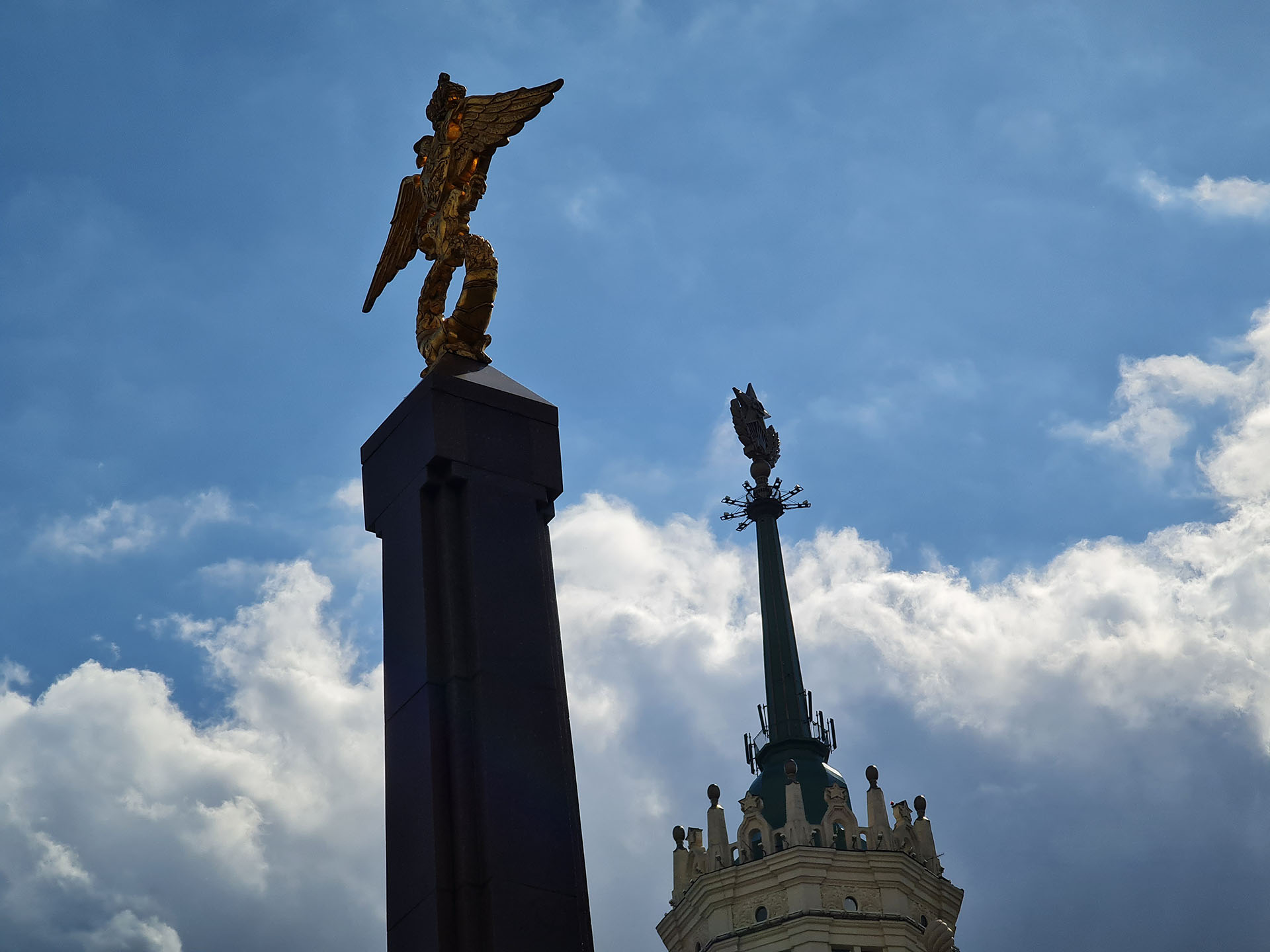 In the last shot, I especially liked how the camera copes with very difficult lighting conditions: objects in the shadow do not look like just a dark spot, they have volume.

Smartphone cameras use autofocus to keep the subject you are photographing clear. The Galaxy Note20 Ultra uses phase detection autofocus (PDAF) on most modules. This clever method helps the smartphone to understand that the subject is in focus: the matrix receives two images from different corners of the lens – left and right. The image processor then verifies them and determines how much the objects match. If completely, then the object is in focus, if the boundaries diverge, then there was a defocus. To correct this situation and make the object clear, the smartphone adjusts the position of the lenses relative to the matrix and each other and produces a clear object. 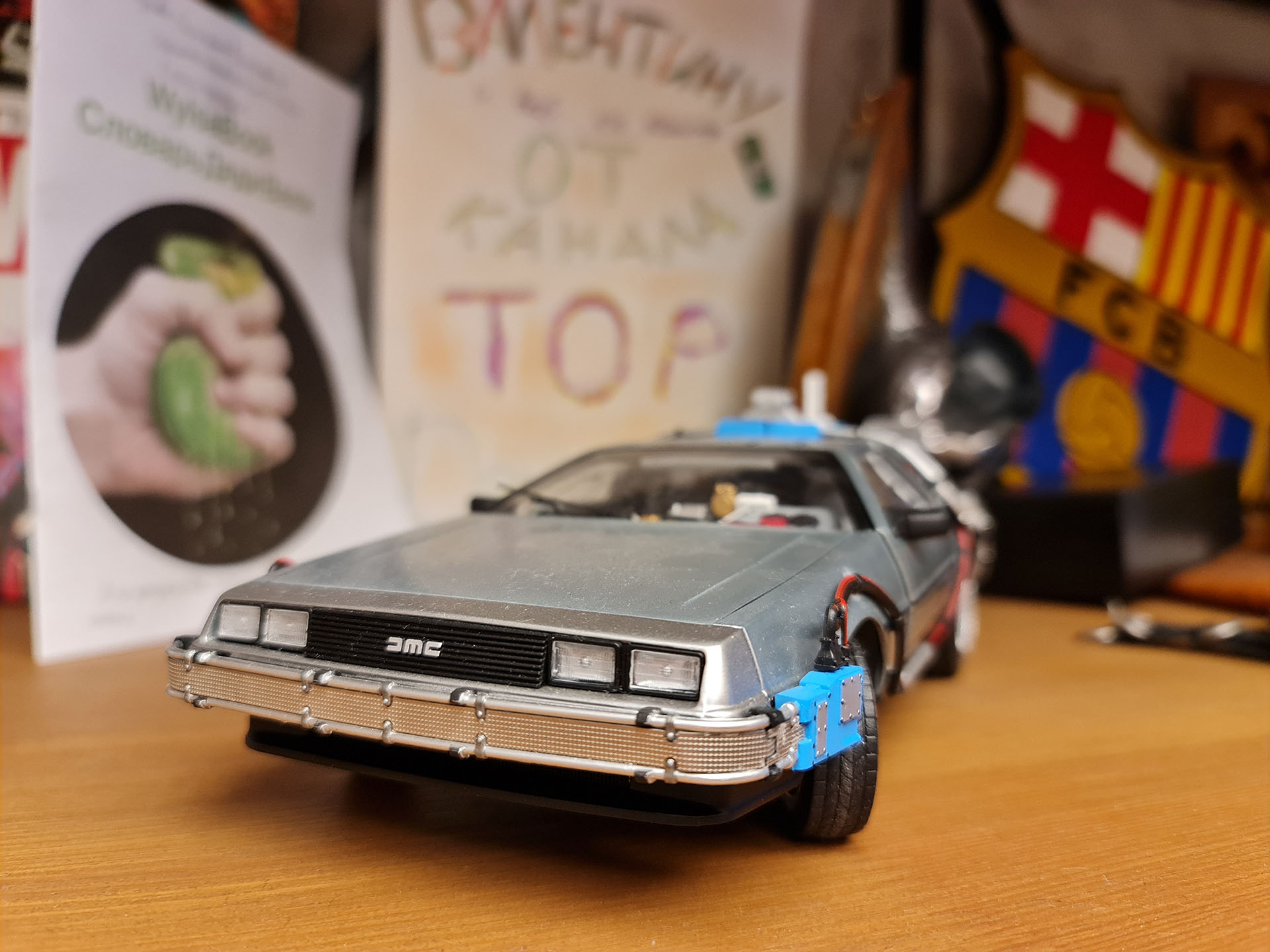 But phase detection autofocus is not a new technology. It has been used in smartphones for six years, starting with the Samsung Galaxy S4. New to the Note20 Ultra for the entire Galaxy series is laser autofocus. Its principle of operation is similar to the ToF-module or, as it is also called, the “time-of-flight camera”: a special “projector” sends a beam of light, and a separate sensor from it catches its reflection. Based on the light speed constant, the smartphone understands how far away the object is and blurs the background. 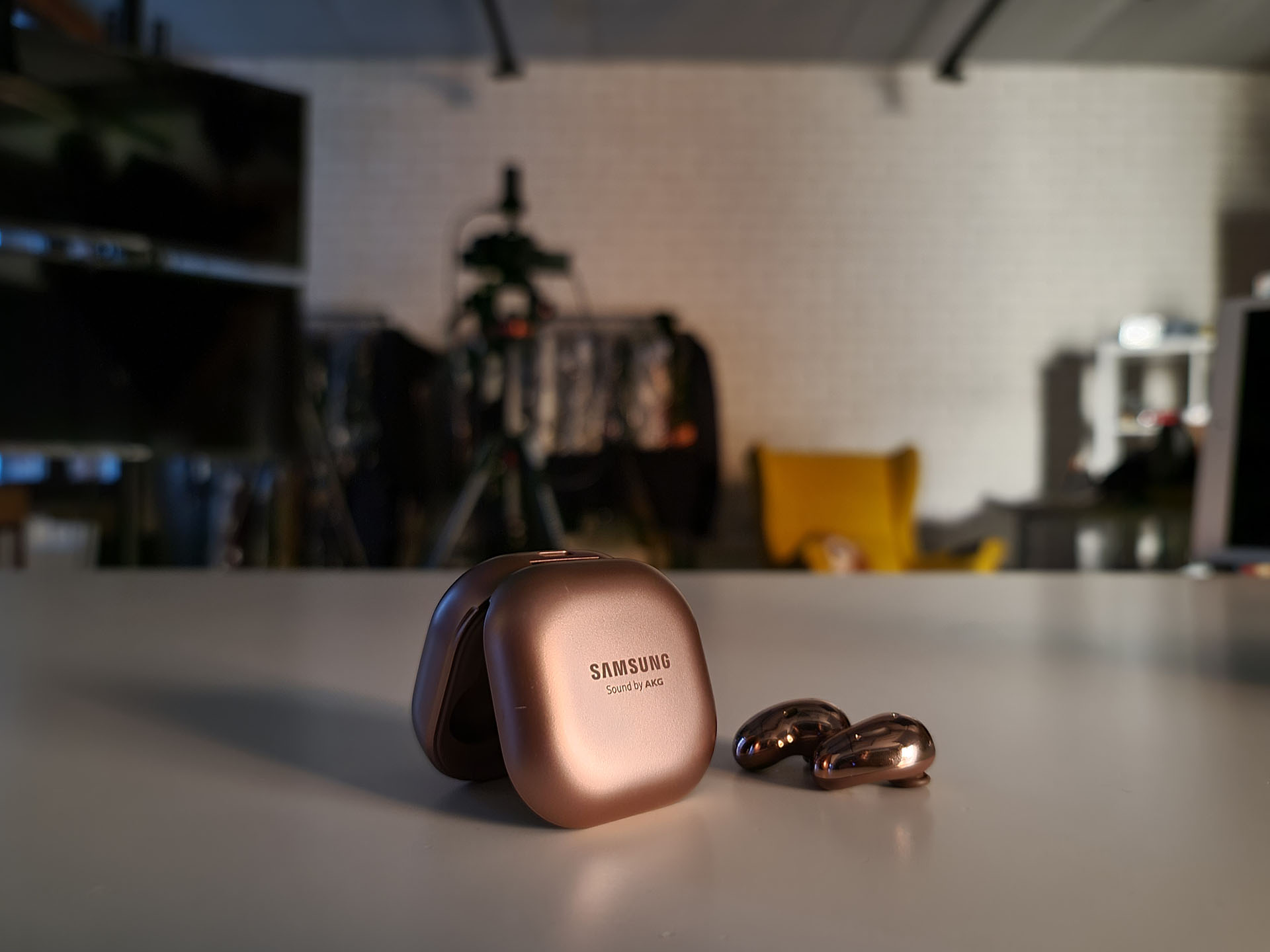 Laser autofocus works on a similar principle, but only data on the distance of the object is needed not for blurring, but, on the contrary, for adjusting the lenses so that the selected object is clear.

You can check the originals of all pictures taken with the Galaxy Note20 Ultra on Google Drive. 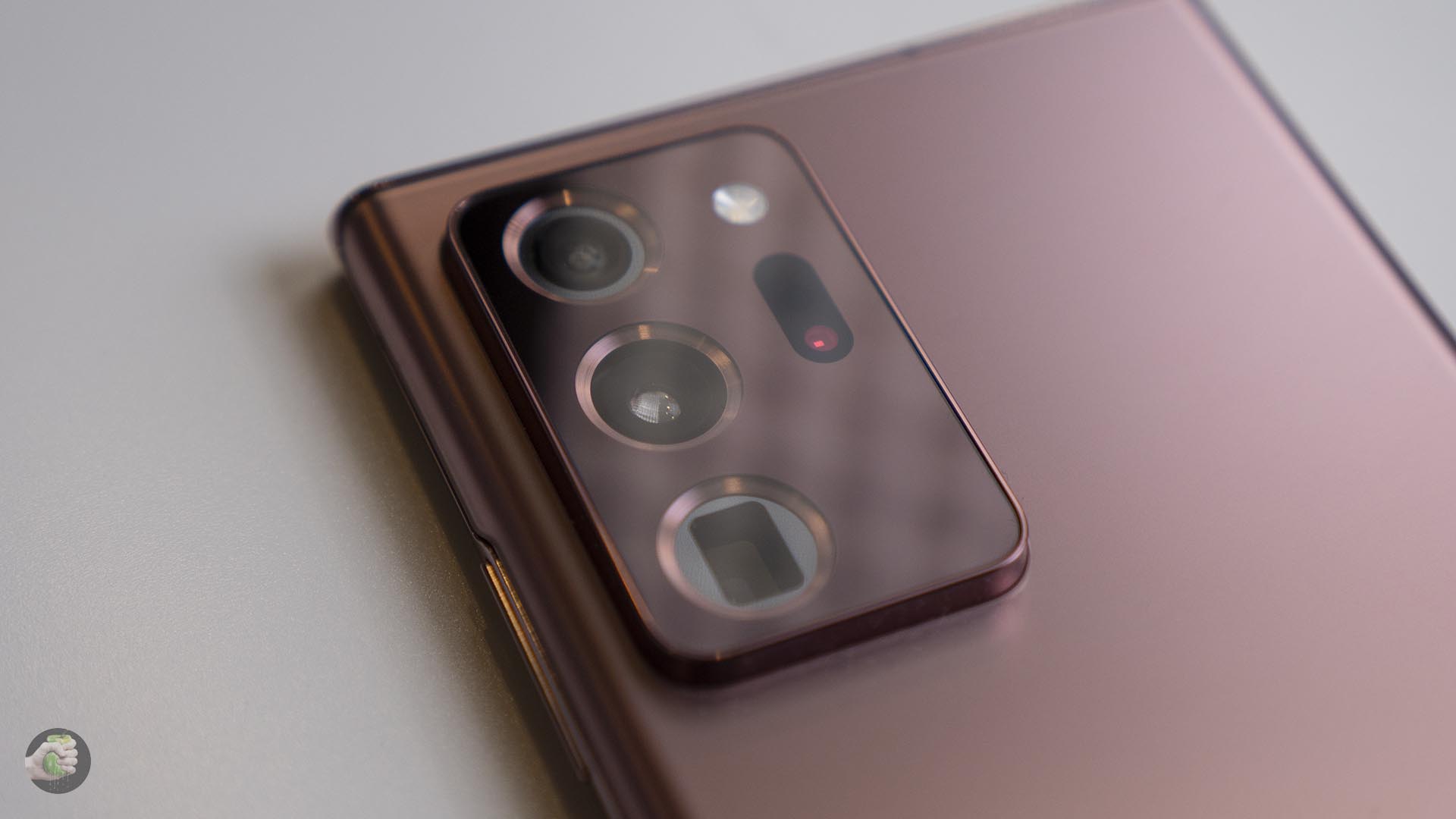 The most interesting thing is that the smartphone processes the image in a split second – you don't even have time to press a button, but it already has information about what you are going to photograph. Moreover, the launch of all these processes begins at the moment you tap on the camera icon on the Galaxy Note20 Ultra desktop. And this is all done so that you enjoy the pictures that you take on your smartphone.

You can buy Samsung Galaxy Note20 Ultra on the official website of the company.

Text prepared with the support of Samsung.

When it comes to iPhone 8 and rumors about its design, insiders agree that the new flagship will receive a minimal display frame and a large display “edge to edge”. Samsung has introduced its flagship in 2017, and now all attention is on Apple. The answer cupertinos very cocky application main competitor? Almost every insider […]

“If the business is good, it will definitely make a profit”: how “Teremok” began & nbsp

On the eve of quarantine and self-isolation, we called Mikhail Goncharov, the founder of the Teremka, to the “Family Contract”. Today, this chain of Russian cuisine restaurants is one of the most popular in Russia. Goncharov was in his fourth year at the Faculty of Computational Mathematics and Cybernetics, when he came up with (or […]