A student from Ukraine Alexander Lutsyuk made a portrait of Steve jobs out of Rubik’s cubes. His work he devoted to the release of a new smartphone iPhone 7. 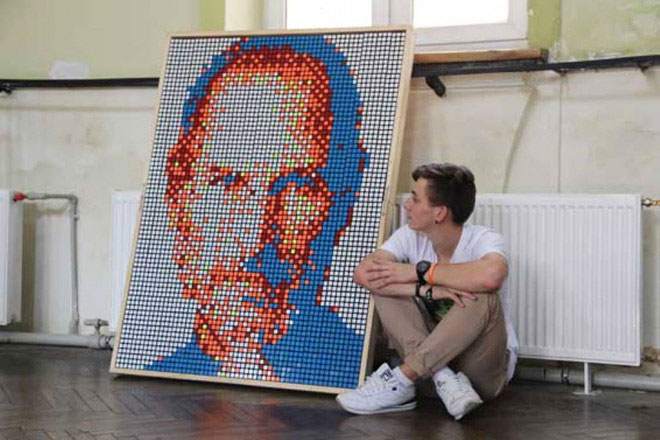 On the days Lviv hosted the open international championship of high-speed addition of the Rubik’s cube. The tournament was attended by about one hundred and fifty young people from Ukraine, Russia, Belarus, Poland. The boys competed in 19 disciplines. In the category “Mosaic of Rubik’s cube” in the unanimous opinion of the jury, won the 20-year-old student of the National University “Lviv Polytechnic” Alexander Lutsyuk.

For half an hour, without rest breaks, the guy created a portrait of founder Apple of Steve jobs. The portrait left of 432 Rubik’s cube.

“When they released the new smartphone Apple, I thought, why not create from Rubik’s cubes portrait of Steve jobs – said the publication of “KP” Alexander Lutsyuk. – I confess that for me Steve jobs is an idol, my motivation. After reading his biography, I realized that no matter who you are, what you financial condition. The main thing – to go toward your goal and don’t stop.” 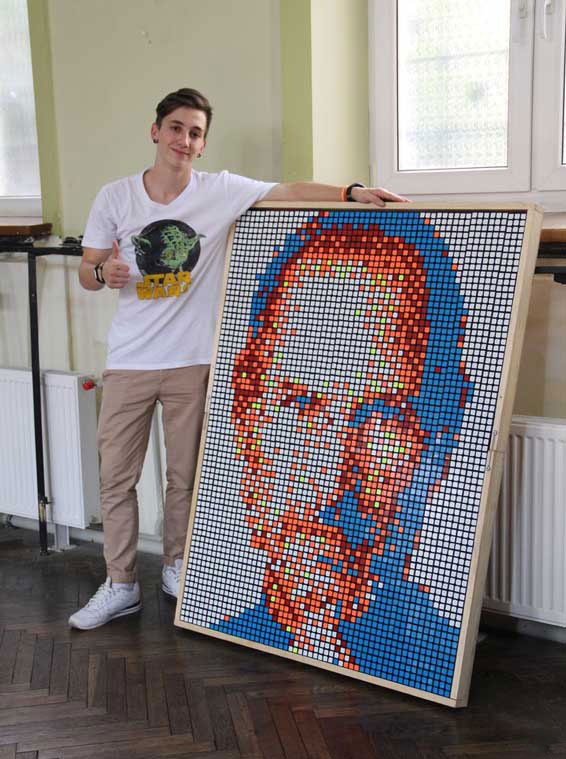 In the process of creating particular difficulties for boy arose, because Alexander had long been spidkubing designing puzzles at speed.

In may of this year, the American Jason Mercier has immortalized the image of Steve jobs with the help of electronic gadgets. He assembled a portrait of the legendary businessman from mobile phones, CD drives, cables, wires, batteries and parts of boards. On the creation of original work, Jason took 15 hours, and his creation weighs about a kilogram.

Japanese watchmaker Casio Computer is going to enter the highly competitive market of smart hours. The company, which presented its first digital wrist watches for more than 40 years ago, hopes that her experience in the industry will help its product to compete with tech Apple Watch. The watch, which will be discussed today — […]

Apple has released a new promotional video of the Apple Watch Series 2. Two promotional videos the company puts emphasis on the fitness capabilities of the device, offering a smart watch as a great gift for the holidays. This year, Apple is positioning Apple Watch as a device for fitness enthusiasts and swimmers. If you […]