There was what had been waiting for all owners of iPhone and iPad with jailbreak. First, the release of the update iOS 8.4 with the Apple Music service, secondly, presented the TaiG jailbreak for the new platform, and thirdly, it’s got native support for iOS 8.4 actual version of the popular jailbreak-addon Springtomize. 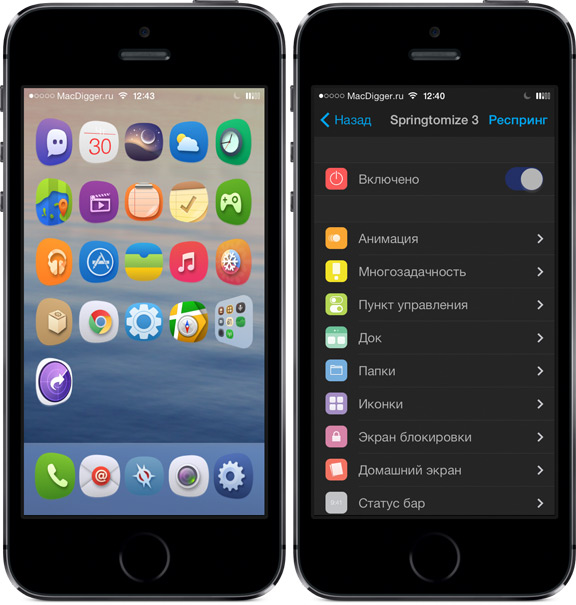 Springtomize 3 is a unique jailbreak superstructure: tweak integrates the functions of several dozen other supplements, allowing you to turn on or off each of them one touch. Countless variety of options to customize icons, folders, dock, row, clock, lock screen, multitasking panel and even animation mobile “OSes” Apple offers Springtomize 3.

Despite its tiny size, Springtomize 3 allows you to enable and disable Spotlight, lockscreen, flash, screen, shadow, badges icons, and any of the icons on the status bar; change the maximum number of apps in the multitasking drawer, folders and home screen to speed up or slow down animations in iOS, and much more. The program interface is fully localized and will not cause difficulties in English-speaking users. 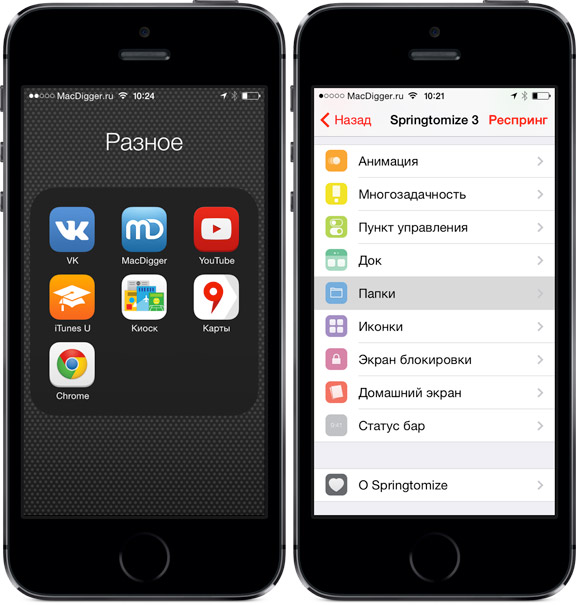 Tweak all-in-one Springtomize 3 is recommended for all lovers of software modding: it can be used to personalize the home screen of the iPhone at a qualitatively new level.

Springtomize 3 is compatible with all devices on iOS 8 and is available from the BigBoss repository in Cydia at a price of $2.99.

Apple Watch users will be interested in the new Kanex, which the company plans to present at CES 2017 in early January. We are talking about the charging station and portable battery for smart watch Apple size 38 and 42 mm. GoPower Watch

One iPhone can do two beer cans

Business Insider has found out what types of metals and why they are used in the iPhone. The iPhone contains a variety of metals, including titanium, iron, and gold. However, most aluminium — 24% by weight of the

A few days ago, Korean media reported that Samsung has decided to accelerate the development of the new flagship Galaxy S7 and intends to release the device before the end of the year to sharpen competition with Apple. Apparently, these rumors are only partially true. According to Business Korea, the official Samsung representatives denied the […]