Company TSMC, which supplies the processors for the iPhone, iPad and iPod touch, told about the achievements in the development of the 10-nm process technology. Samples of 10-nm products performed by the manufacturer will be offered to the customers at the turn of this and next years, and mass production promise to deploy at the end of 2016. 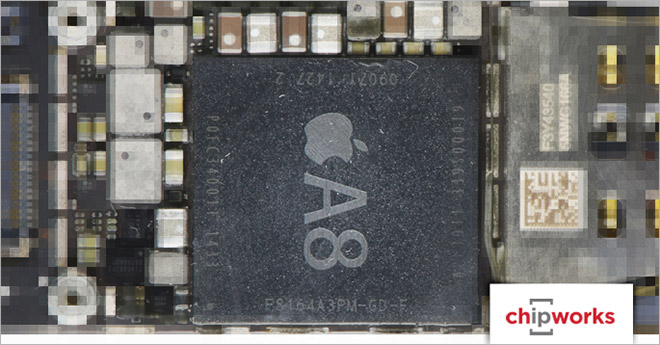 I must say that Intel your 10-nm processors Cannon Lake will massively put only in 2017, mainly in the second half of the period. But about the substantial backlog of American chipmaker to speak while prematurely. In the course of clarifying the circumstances of the CEO TSMC admitted that the “real” products on the 10-nm technology will begin to be issued before the first quarter of 2017. And since Intel in the second half promises to release a 10-nm processors in the millions of pieces, it can be assumed that the first batch will appear also in the first half of 2017.

TSMC can already speak about the changes within the 10-nm technology. Thus, the switching speed of transistors compared to the 16-nm process technology was able to increase by 15% at constant power and at a constant speed, the power consumption can be reduced by 35%. In other words, there is a clear bias towards lower energy consumption. The density of transistors has increased by 2.2 times compared with the 16-nm process technology.

The first customers within the 10-nm process technology will become the developers of mobile processors, telecommunication solutions and some high-performance products for computing, explained in TSMC. Work on the introduction of 7-nm process technology is also underway – customers will be able to make orders in the first quarter of 2017, just five quarters after the first orders for 10-nm solutions. Over 7-nm technology, employs a parallel team of experts, and this explains why such a small gap in terms of implementation. It is expected that the transition from 10 nm to 7 nm will be optimized from the point of view of a possibility to re-use some of the tools and equipment.

Question about a slowdown in the principle of “Moore’s law” guide TSMC discussed philosophically. According to one of heads of the company, TSMC gap in the implementation of the 16-nm and 10-nm technologies amounted to three years, and 7-nm technology, the transition will be done for the year. Two and a half years, which Intel says is quite adequate period for doubling the density of transistors, according to TSMC.

Previously appeared rumors that soon the iPhone will be curved. Designer Martin Hayek using Drop News showed how a smartphone could look like. Despite the fact that the edges of the last Apple was already a little rounded, the company decided to go further. According to Martin, the iPhone needs to be bent in the […]

Meizu has expanded its range of new smartphone M5s — M5 version of the machine, enclosed in a metal casing. The cost of new items is just over $100. The smartphone has a display diagonal of 5.2 inches with a resolution of 1280 x 720 pixels, covered with glass 2.5 D. the model is based […]

The mad American checked out the iPhone 7 on the strength, shoved it into the mouth of the alligator [video]

Despite the fact that since the release of the iPhone 7 came on the market many other smartphones, the Apple gadget remains the favorite object of torture known videoblogger. This time he was smart enough to feed the iPhone 7 alligator. YouTube channel TechRax has a video where the enthusiast is having iPhone 7 strength […]