Apple has summed up the year the publication of the rating “Best in 2015”, which includes the best artists, albums, movies and applications in the Russian segment of the store
iTunes as well as the ranking of the most popular items for which users voted with their pocketbooks. Full information is available at the link iTunes.com/bestmusic2015. 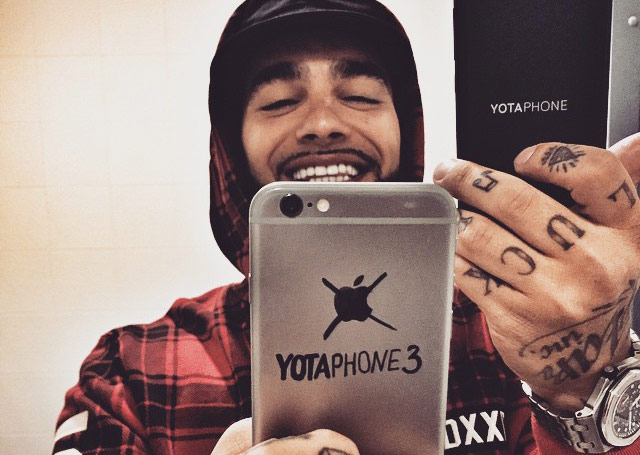 The best selling in the Russian iTunes in 2015 steel tracks Take Me To Church by Hozier Irish and “Cocky” rap artists Timati and Natan. Another track Timati “Eggplant” is in the 19th place of the hit parade. The best-selling albums of the Russian users of iPhone and iPad was a collection of soundtracks to the film “Fifty shades of grey” and the album The Day Is My Enemy The Prodigy group.

TOP 20 best selling songs in the Russian iTunes in 2015

TOP 20 best-selling albums in the Russian iTunes in 2015

Album of the year in Russia according to the edition iTunes recognized the disc, How Big, How Blue, How Beautiful Florence + The Machine. The best performer of the year recognized the group Therr Maitz album Unicorn. The band fancy name Belyaev collected in the mid-2000s, and national recognition achieved by the beginning of the next decade after their debut album and participation in the TV show “the Voice”.

Best song of the year Apple named Lean On the group Major Lazer, recorded with DJ Snake and MØ. The title of Best new artist went to Halsey, the owner of a delightful voice with a slight huskiness, which takes the melancholic electropop of his own composition in the style of Lorde and Ellie Goulding.

Best Russian hip hop album of the year was “GORGORO” by Oxxxymiron.

Samsung: the success of smartphones Galaxy S7 and S7 edge has provided us with a record quarter over the past two years

Samsung told about how she had just finished the second quarter of this year, which ended on 30 June 2016. According to the company, she has recorded record profits over the last two years at the end of the second quarter, driven by high demand for its flagship smartphones. Samsung revenue for the period amounted […]

The Russian market presents mobile phone Philips Xenium E570. This is a classic candy bar with hardware numeric keypad, received impressive even by the standards of the smartphone battery with a capacity of 3160 mAh. For comparison, the battery capacity of the iPhone 7 is 1960 mAh battery, the iPhone 7 Plus – 2900 mAh. […]

Social network Twitter has launched a new feature that allows you to watch broadcasts Periscope directly in the Twitter feed. This is stated in the press release of the company. Twitter specifies that broadcast will be displayed automatically in the tweet in real-time. If the broadcast has already been completed, video will display in the […]