Yesterday MacDigger published an article titled “45 hidden features in iOS 9 that were concealed by the Apple”, which contains the unique features of the new mobile platform Apple. The Gizmodo demonstrated using animated images of six of the most useful from the point of view of the ordinary user capability “nine”. 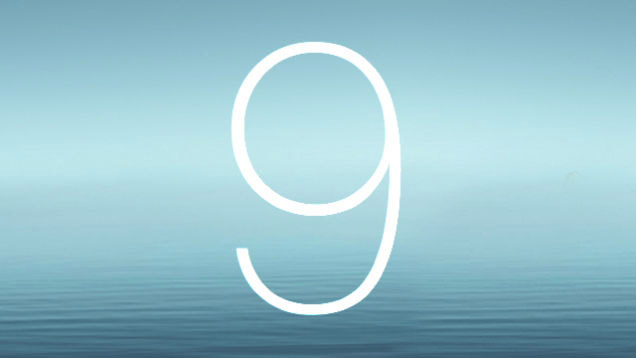 Apple is confident that the improvements in the new OS make the iPhone and iPad even smarter and more proactive, equip them with powerful search features and enhanced capabilities of Siri. And all this — without compromising privacy.

One of the sections that have changed in iOS 9 – the multitasking panel. Instead of horizontal cards the interface is made in the form of “live” sketches with 3D effect. Admittedly, the animation reminds multitasking panel to Android 5.0, only in a vertical orientation.

iOS 9 adds on a standard keyboard lowercase letters, depending on pressing the Shift key. The function is deactivated in the settings of the OS.

iOS 9 allows you to quickly find the desired settings of the operating system using the built-in search settings.

To see the detailed battery consumption (work on screen and in background), you need to go to Settings –> Battery and click on the icon of the list.

iOS 9 allows to call and send short messages from the search results.

Apple added a “new” gesture in the standard Photos app in iOS 9. Now in the selection mode photos the user can easily select multiple pictures at the same time. In order to select a group of photos in the Photos app simply swipe the images.

Instagram knows how much time you spend on the app

Instagram joins a growing list of technology companies involved in digital well-being of users. Facebook, Google and Apple are trying to solve a growing concern about technological dependence, creating new tools directly in its ecosystem. Infrastructure owned by Facebook, following the user to create tools that will help solve the problem of digital addiction. App […]

A few minutes ago started the pre-orders for the new smartphone iPhone SE. The first lucky, as promised at the presentation of Apple, were residents of Australia, Canada, China, France, Germany, Hong Kong, Japan, New Zealand, Puerto Rico, Singapore, the UK, the virgin Islands and the United States. The smartphone is available in two versions […]

The company Alpine Electronics began selling in Russia digital mediarecover iLX-700, which is specifically designed to work with automotive technology Apple CarPlay. The head unit provides a convenient and secure way to use the most popular driving iPhone functions: calls, messages, navigation, music and others. To connect your iPhone to the device using a cable […]