New version of the operating system – OS X El Capitan, – according to the developers, providing users with various improvements in terms of functionality, convenience of use and performance, based on current OS X Yosemite. In this article, we gathered five of the most interesting features in Apple’s new platform. 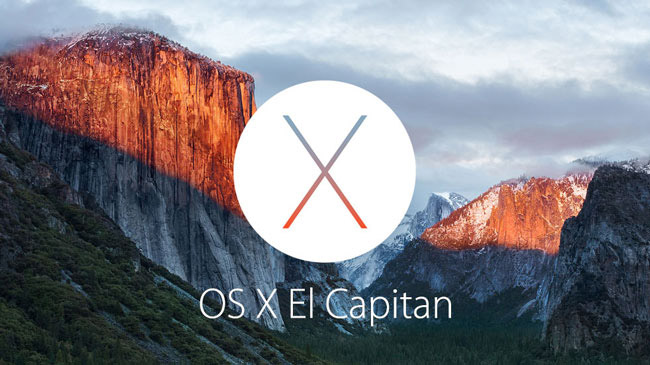 In addition to improved functionality, OS X El Capitan received improvements “under the hood”. Installing OSes promises a significant increase in performance: the application launcher is 1.4 times faster switching between apps and opening of the first letters in the Mail twice, and the opening of the PDF document in the Preview application — four times.

Management system the Windows open Mission Control in OS X El Capitan had the opportunity of translating the selected application in full screen mode by dragging its thumbnail into the gap between workspaces. 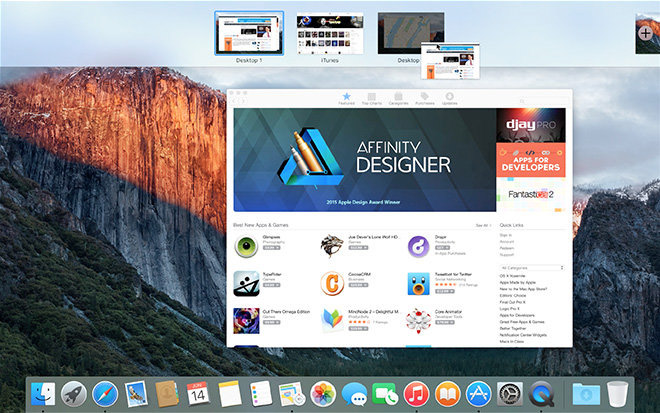 If you drag the thumbnail of the app working on the space occupied by the full-screen application, then it will turn on Split View. The same effect can be achieved by holding the green “+” icon in the program window. 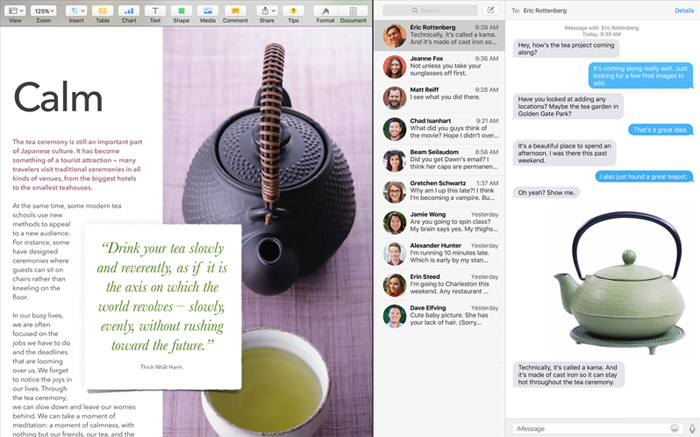 The search engine Spotlight in OS X El Capitan not only got the opportunity to move around the screen, but also became an intellectual, like voice assistant Siri in iOS. Now she not only can find various documents based on content, tags or other such information, but also understands queries written “human language”. Spotlight can be asked to display documents created in the last month, check the weather for tomorrow, need to show video from popular web services or current account in a football match. 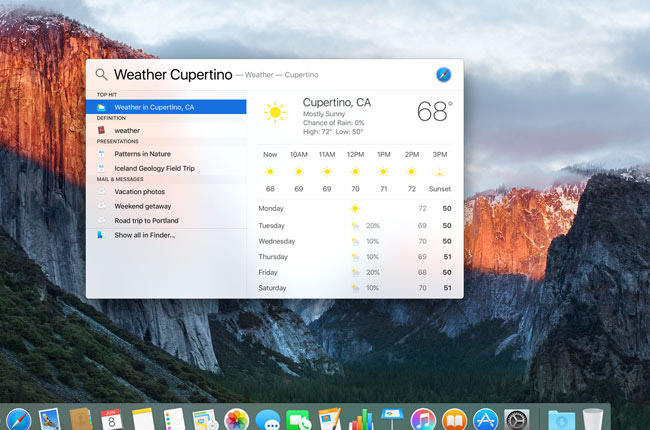 Spotlight also has a new API for integration with third-party applications, the ability to search and play videos from popular web services, etc.

The Safari browser in addition to the mechanisms of bookmarks and Top Sites have got the opportunity to work with the most often used websites. If using the mouse to drag the tab of such a site in the far left position, it there to get fixed, and the size of the tab title will be reduced to the size of favicon. This saves space on the tab bar, and the next time you open the browser window, the user does not need to reopen pinned sites — they will be opened automatically. 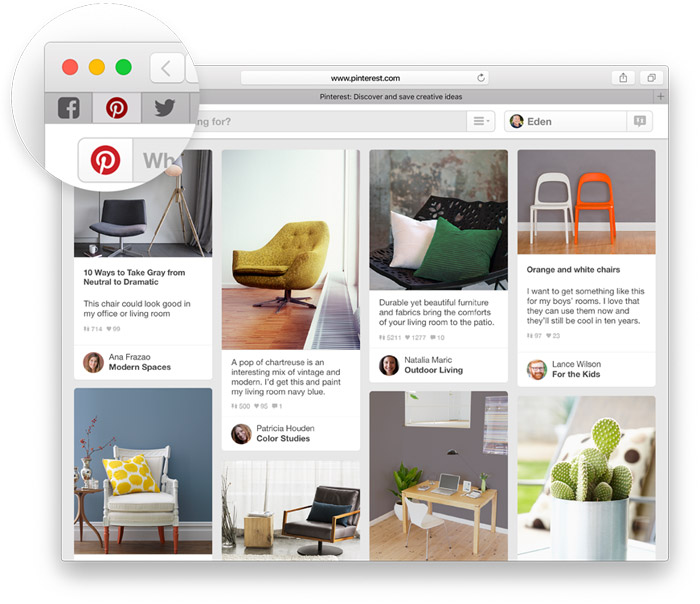 The new version of Safari has improved AirPlay support: video support web sites can now be displayed on the external screen immediately in fullscreen mode, without the rest of the web page. Another novelty is the possibility of turning off the sound web pages and also automatic search background tab, which has a soundtrack.

Significant functional improvements were made to the application Notes. The program allows text formatting, easily create task lists with marks save information in notes from Safari and other apps and the new browser application allows you to view embedded images, videos, location, links, etc. in one place, without requiring the user to remember which post they were attached. Bookmarks are synchronized across devices current Apple ID account using iCloud.

Watch on Android Wear, no longer require a smartphone to connect to Wi-Fi

The new versions have Android Wear smart watches have the possibility to connect to wireless networks Wi-Fi. This allows wearable computers less dependent on synchronization with a smartphone. Earlier, the smart-hours on the software platform Google took place over the phone, made a bracelet very much depend on him and brought a lot of inconvenience […]

IDC: smartphone shipments in the first quarter declined for the first time, Apple’s share fell to 15.3%

Global smartphone shipments in the first quarter of 2016 for the first time declined in annual terms, the decline amounted to 3%, the study said analysts. In January-March delivered 334,6 million devices, compared to 345 million in the same period of 2015. On consumer demand affected the slowdown of the Chinese economy and the global […]