Apple continues to develop iOS to add new features and missing functionality; however, the number of users who do not wish to be tied to the permitted source, not less. The collective intelligence of the jailbreak community, not bound by the framework of App Store generates the most innovative and promising solutions. 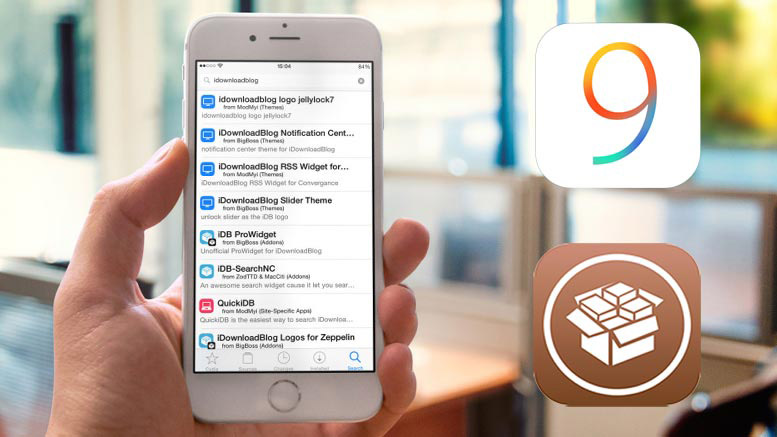 IOS users driven by the understandable desire to have access to alternative sources. In the unofficial Cydia store, there are several useful repositories. Add new very simple – just open the software Sources section, click edit and specify the address of the repository.

Today in our review of the top 10 third-party repositories with the most interesting additions. For most of these tweaks and users are willing to modify their iPhone and iPad using jailbreak.

Ryan Petrich – most famous jailbreak developer circles informal applications for iOS. He has created tools such as Activator, OverBoard and DisplayRecorder. And as any developer for iOS, it has its own store, in which he lays out a test version of its SOFTWARE.

In the process of downloading and using apps on iPhone and iPad changes occur at the system level. And not always these changes positively affect the performance of the OS. To increase the efficiency of the gadgets called iCleaner Pro. Very powerful software package with ample opportunities for cleaning OS from “garbage”, localized in addition to Russian language.

READ  Revenue from Apple services increased by 22% to $7.3 billion

Or Karen angelXwind – also known in the jailbreak community developer. She released a number of decisions for fans of old-school consoles. Will be especially appreciated by fans of the original Duke Nukem, Mario and other popular characters and toys. In addition, the repository developer can find tweaks AppSync Unified, SafariSaver, PreferenceOrganizer 2 and IneffectivePower.

Many repositories collect development that extends the functionality of iOS. HASHBANG repository repository visual Addons. With their help you can change the design, animation and some elements of the iOS interface. Among the solutions that are compatible with iOS 9, it is possible to call StoreAlert, MapsOpener, DailyPaper and BrightVol.

In this source you can find the jailbreak tweak RevealMenu that plays on the gadgets feature 3D Touch. Quite a good reason to add to Cydia this repo.

If you think unfair that multi-window mode is available only on the iPad Air 2, iPad mini 4 and iPad Pro, this repository for you. Here you can find jailbreak-Medusa extension that allows you to transfer all of the multitasking capabilities of the iPad on officially unsupported devices. The advantages of multi window mode flagship tablets become available on other models – old iPad, iPad Air, iPad mini 3 and even iPad 2/3/4 and iPad mini first and second generation. Moreover, with this tweak this feature can also be used on the iPhone.

READ  Why red iPhone 7 – the best investment in smartphones

Philip Wong is a famous name in the jailbreak environment. He was one of the first supported release of jailbreak for iOS 9 and has updated the popular jailbreak Speed Intensifier addon to speed up animations on iPhone and iPad.

Here is the tweak, which is designed to reduce eyestrain and protect vision of the user when working with iPhone and iPad. F. lux changes the color temperature of your screen according to time of day (warm at night to normal during the day). Set the desired settings for day and night time and the tweak will automatically adjust the temperature display iOS device.

Repository repo.coolstar.org – excellent source for new software developments and applications. Here you can find a number of solutions for working with the command line, as well as useful add-RecordMyScreen to record screencasts. Video is recorded to MP4 format at up to 30 frames per second. The main difference from the tweak Screen Recorder is free and supports hardware accelerated encoding.

7 Sep Apple has officially unveiled the flagship smartphone the iPhone 7 and iPhone 7 Plus. A new line of high-end devices as a whole continues the design trends set in the previous two generations of communicators. MacDigger offers to compare new “fruit” brand with the flagship Galaxy Note 7, which debuted on the market […]

Apple bought well-known application to create a optimization Workflow, reports TechCrunch. The transaction value was not disclosed. Launched in 2014, the service Workflow allows you to create your own shortcuts for various functions related to the iOS and apps on iPhone and iPad. The app contains hundreds of templates for various actions. It can be […]

Eugene Kaspersky, an expert in the field of information security and the head of “Kaspersky Lab”, producing antivirus products, said that mobile platforms iOS and Android are characterized by multiple vulnerabilities, while Windows Phone still not available. “The most dangerous scenario is associated with the iPhone. However, he is unlikely since it is very difficult […]