The game industry brings income not only to those who makes them, but those who play them. Sometimes this income can be obscenely large. The Internet is full of evidence of how the popular game streamers have received from viewers in the form of donations from several hundred to several tens of thousands of dollars. 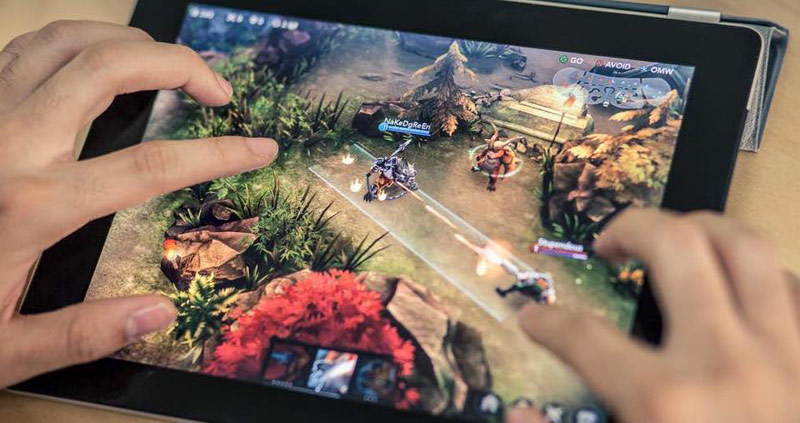 With its new mobile “OSes” Apple has paid special attention to the part of the game. In the software release, the company has developed a service that will allow users to stream games from your iPhone and iPad. It first became available in iOS 10 beta 2.

Framework ReplayKit Live allows you to capture a picture of the screen of the mobile device, as well as with main or front camera. In June, training sessions, Apple showed how easy it is to developers to implement support for ReplayKit Live streaming games. To activate the stream enough to add a few lines of code. 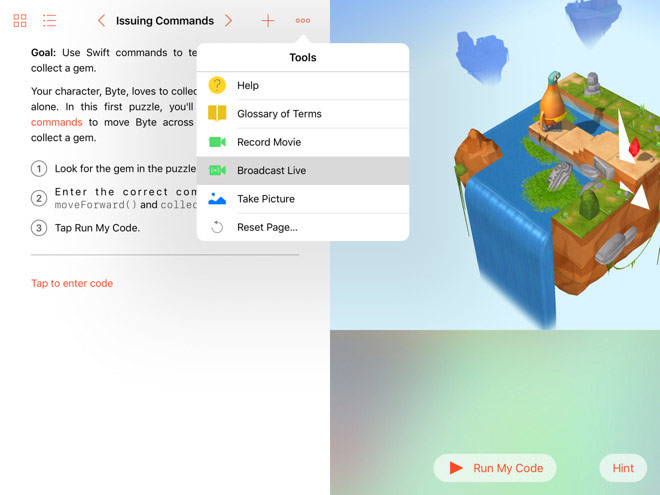 To use streaming in the Swift Playgrounds – a new Apple application that everyone can easily learn how to program. In the drop-down menu of the program have the option to Broadcast Live, by clicking on which you can select applications to stream images. Function to work in the second beta version of iOS 10.

Native support for online streaming in iOS 10 will certainly appeal to streamers. After all, a dream — to receive money doing what he loved. To turn a hobby into a job that can provide permanent income. It is engaged in this videoblogger on YouTube and Twitch they play games and get paid for it. Apple, however, believe that the service will be popular for learning. Thus the teacher can broadcast the multimedia content to students ‘ devices during class.

READ  The ledge TrueDepth camera will be less in 2019 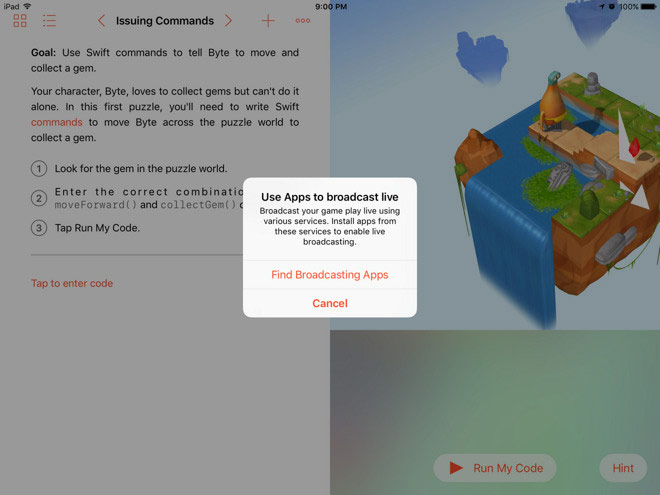 It should be noted that this is not the only initiative of Apple, associated with the gaming direction of their projects. As we wrote, the company has removed the limit for the platform tvOS. If previously, Apple required the developers to implement support for Remote, then this requirement is now abolished. Moreover, developers can now create games with the aim of full use full-fledged gaming controllers.

Monday, October 31, Apple stopped support of iPhone 4, introduced in 2010. This fact drew the attention of the French resource Europe1. iPhone 4 was in the list of “Obsolete and end-of-life products” Apple. This means that the manufacturer and its authorized service centers will no longer accept the phone for repair. As noted in […]

Last month Apple announced that new headquarters with an area of over 70 hectares, will be ready to start moving its employees in April. Judging by the fresh eurovideoart, the Corporation successfully completes work on Apple Park – beautiful in appearance and functional complex for employees. Run from Cupertino (California, USA) Matthew Roberts spent surveying […]

10-year anniversary of the iPhone – an important event for the entire industry. You can refer to Apple, but to deny its impact on the global smartphone market, hardly anyone will. iPhone was the first commercially successful mobile phone touch screen, for management of which was not required stylus. One can only imagine what would […]