Poker app has long reached a new level with the advent of social media, after all, probably every one of you have ever played poker on your PC. Often all poker apps offer the game for virtual chips with lots of bright graphics, prizes and the obligatory chat with other players. The most popular poker apps are those that have been running gaming companies, but not the poker rooms that specialize in poker. Literally six months ago the application was presented to the audience the poker room Titan Poker. An interesting fact that the first launched a poker app for Apple devices, and then for users of the Android platform. 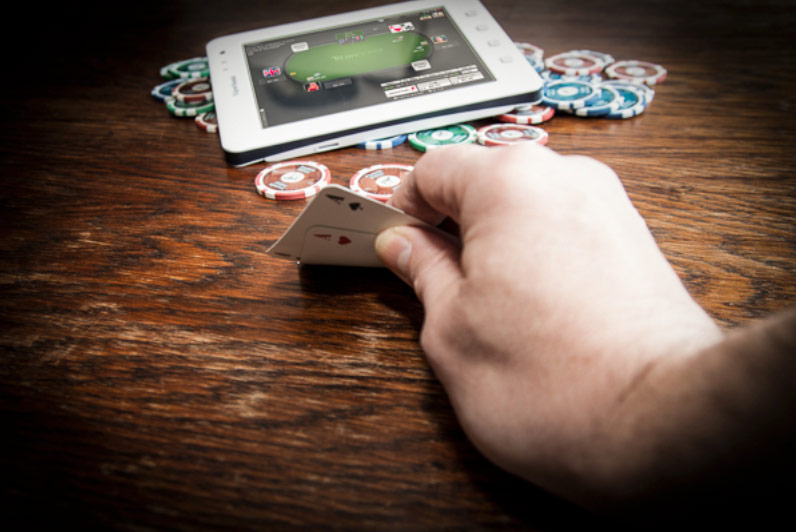 The poker room Titan began to deal the cards in 2005, when about smartphones, especially iPhone or iPad, yet no one heard. It is hard to imagine, but the first iPhone only appeared in 2007. After nine years on the market poker apps are very hard to find worthy representatives of this industry that meet all the high standards of new smartphones. Some applications already available in the format of 360 degree (virtual reality), but someone can not even nice to draw game characters.

Titan Poker, probably, were among the first to launch a poker app (this was in 2010). The application was not complete, and not allowed to play poker, but only acted as a calendar of major poker tournaments and games at Titan Poker. The calendar application allowed players not to forget about the tournaments in which they have registered and to receive notifications, but in early 2015, the company got rid of it almost unnecessary apps. And finally, Titan Poker now has a full poker mobile version, which for such a short time has managed to lure a large number of fans of the game. Now that the world of poker apps on the phone has come such a large company like Titan, everything should fall into place. Let’s look at the design of the poker room on mobile devices, and talk about the pros and cons of the application.

Read also:   iPad Pro does not support the background work of Siri, despite the built-in coprocessor M9

The Titan Poker application for iOS

Mobile app Titan Poker lets you play poker on your smartphone and on the tablet, and naturally, for poker games are more suitable for devices with higher resolution, because on a smartphone to look at maps and to press the pretty little button is not very convenient. If you like in the evening to play poker lying on the couch for pleasure, we suggest that you install the app on the iPad. If you don’t want to download the app, then the poker room Titan took care of that and provides the ability to browser games, but since the entire interface is written in Flash, you will have to install a special Internet browser such as Puffin or Dolphin Pro (which support Flash). Soon Titan Poker plans to make a mobile version based on HTML5, so the need to install any additional programs will be lost.

The application interface is made in traditional colors of the poker room: black and white. Also with the addition of red, for a more simple and clear highlight the areas of the screen. 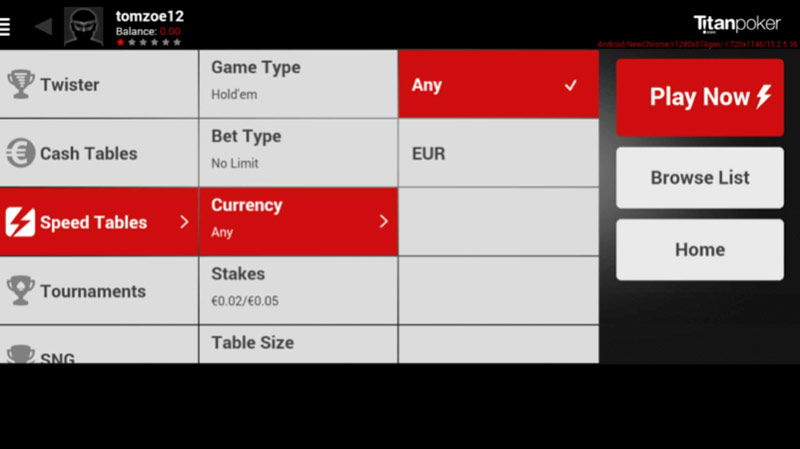 Using a mobile app Titan Poker You can play all the traditional types of poker, like regular poker room through your computer: Texas holdem, Omaha and the usual hi/lo, 5 card and 7 card stud poker. With regard to cash limits, in the Annex there is a large selection of different tables and the minimum bet size is just $0,01/0,02, making them perfect for beginners. Titan Poker is also known for hosting a large number of free tournaments (freerolls), where you can win your first real money without investment. If you have been playing poker and have no small experience, we maximum bet size in poker is $300/600. It is the minimum input strap with stakes of only $0.02 to make Titan Poker more attractive than apps from the competition.

Read also:   Kanye West brought the competitor to the Apple Music in the first place in App Store 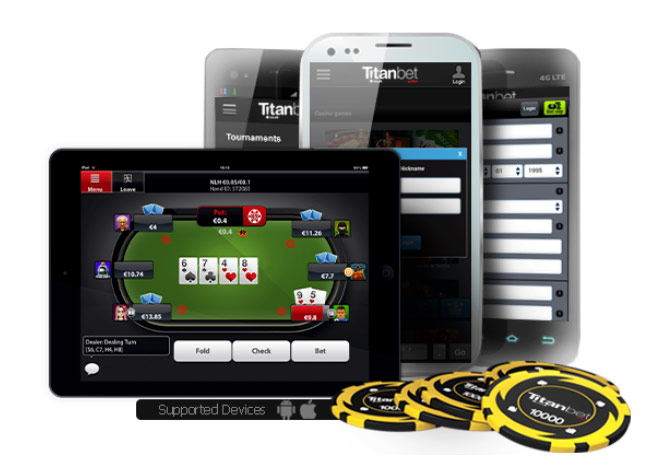 Another feature of the Titan Poker app is the ability to play almost any time of day. The fact that you play poker against other real people and, for example, in some poker rooms after ten o’clock Moscow time it is very difficult to find a game at the table, where it would be more than 5 players. Titan Poker is a poker network iPoker and on average poker on this network plays all the time 5,000 people, and the poker room itself has more than 60 000 of its own customers who play poker through a mobile app and via the desktop version. Since Titan Poker poker uses the iPoker network, now everybody has the possibility to play Speed Poker – poker game, when You don’t need to wait for the decision of other players. For example, if You have folded (fold), then instantly move to another table game, where You have to make a decision. This active kind of game doesn’t let you get bored!

When talking about poker for real money, all without exception wonder security. Given today’s realities, when almost every month launched new poker room, you need to very carefully approach to the selection of poker apps. We can assure you that Titan Poker has all the necessary licenses from the gaming Commission of Antigua and Barbuda, as well as all software has been checked by Gaming Laboratories International. The second check allows you to prove the fact that the poker room can not in any way affect the distribution of cards, so you can enjoy a realistic game, which is in fairness is no different from playing poker in a casino of Las Vegas.

Read also:   Apple called iPhone and iPad to support the fight against AIDS

Someone can say that license is from Antigua and Barbuda for the provision of gambling is the same as the license from Zimbabwe, but actually it is the above-mentioned offshore jurisdictions is one of the most respected in the world of gambling (known Maltese and Isle of man). So all Titan Poker’s software is reliable and the legality is guaranteed, and everything else no matter what kind of Internet connection you will be using for playing poker, Titan Poker has a secure and encrypted connection.

The only downside of the app Titan Poker is the unavailability of games via the browser (need a web browser that supports Flash), as well as the ability to install apps only from the official website. The first minus will be eliminated, likely by the end of this year, after all, the entire Internet industry has already declared that flash was dead. The second disadvantage is not a major drawback of the Titan Poker under the same conditions all the other poker rooms that offer games for real money.

Poker app, Titan Poker is a great way to pass the time playing cards. The presence of a large number of players allows you to play when you want and you don’t have to wait ten minutes for other players to start playing, as there is a special game tables “Speed Poker”. Poker app free, and to play you will need at least 500 rubles, to fully enjoy the game in real poker, but you can also play free tournaments that Titan Poker is staging almost daily.

iPhone X will go on sale November 3, 2017. His recognition of the owner will set a new standard of security. Apple refused the thumbprint scanner in the iPhone X. To unlock the smartphone will scan the user’s face. If the Face ID system is only as good as claimed by Apple, it will be […]