On the website Kickstarter is raising funds for miniature drone Micro Drone 3.0. Goes, I must say, very successfully – needed funds were raised in less than a day. For the first 20 hours gadget British developers has gained support 1000 users, which attracted a total of more than $130 000. 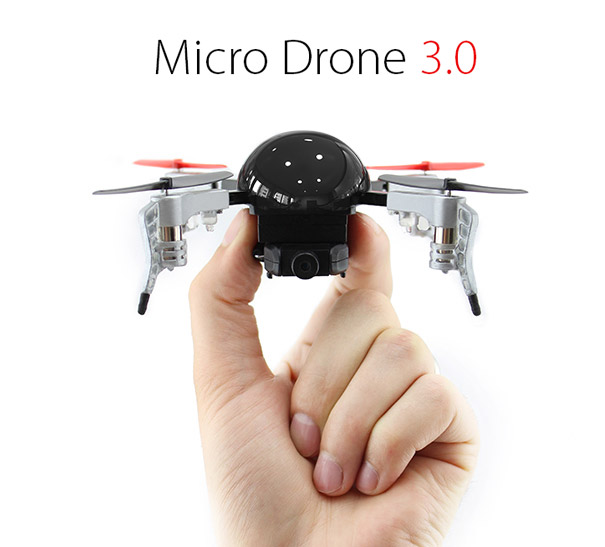 Key features of the Micro Drone 3.0 is considered the size and weight — the maximum size is 65 mm, weight — 56 g. In quadrocopter installed suspension stabilization camera. Today in the open market Micro Drone 3.0 is the smallest quadcopter, equipped with such technology.

However, the device has sufficient autonomy. And it’s not just the battery, a single charge which is enough for 10-15 minutes of flight but in the capabilities of on-Board electronics and software. Quadrocopter can occupy a given position, to follow the user around obstacles, to deal with the wind and to avoid falls. It automatically returns to base when the battery is nearing its end or when the user becomes too large. 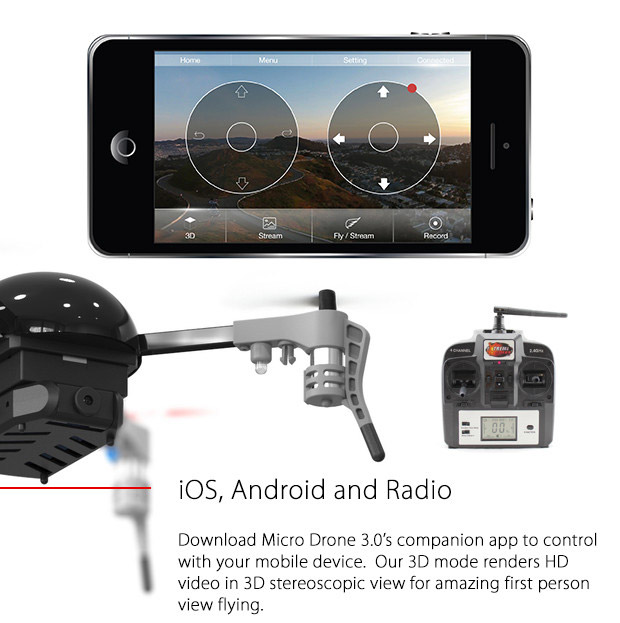 Frame Micro Drone 3.0 is designed for easy replacement of individual parts made using 3D printing, which allows not only to print the details of the drone in case of breakage, but also to develop a frame of its own design. According to the developers, the low weight of the device has a positive effect on its ability to endure blows.

The drone can fly in winds of up to 70 km/h at a distance of 90 m from the operator. The quadrocopter can connect virtual reality glasses Google Cardboard for flights with a first person, and in the management of the aerial vehicle from your smartphone you can stream the video through popular streaming services.

Management dream possible with a mobile device running iOS or Android. In the mode “free flight”, which is set in the program.

To purchase the Micro Drone 3.0, paying $ 125. Production and delivery of ready quadcopters will start in the fall.

WikiLeaks: CIA hacked the iPhone and iPad to spy on their owners

WikiLeaks has published the first part of a package of documents belonging to CIA. According to the newspaper, the Central intelligence Agency of USA has developed a malicious application that allow to monitor the people using their smartphones, including the iPhone. As reported TASS, the publication designated as the Vault project 7, is the largest […]

Pavel Durov commented on the first 24 hours of blocking the Telegram and announced the creation of “Digital Resistance.” Durov accused the Roskomnadzor to block millions of IP addresses of servers Amazon and Google. The founder of Telegram also explained why he cares so much for Russian users. Thank you for your support and dedication […]

Russian scientists are working on a new paralinguistic system for determining the addressee of a message for voice assistants, which will be able to begin to interact with people, even if it was not addressed by name. The proposed method is based on the fact that the system independently determines when a person addresses a […]