Apple CEO Tim cook, who does not hide his sexual orientation, welcomed the law on the legalization of gay marriage in all us States. In his microblog he supported the authors of this initiative, quoting the famous phrase of Steve jobs. 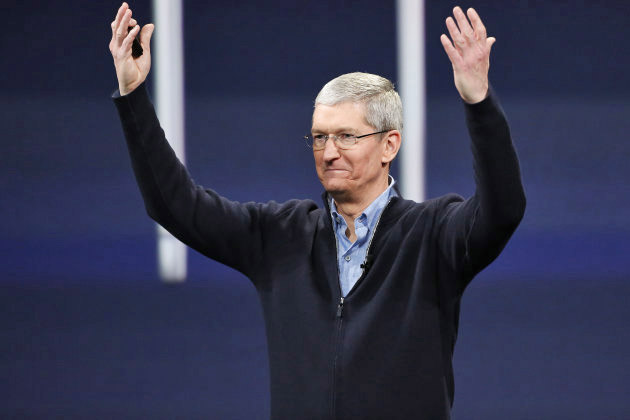 On Friday the U.S. Supreme court announced that same-sex couples have a constitutional right to marry in any U.S. state. The Supreme court’s decision completes the most significant transformation in the understanding of human rights in the States over the past half century, experts say. They compare him with the decree of 1967, which established the right to interracial marriage.

“Today marks an equality, perseverance and love,” – wrote in his Twitter, the head of Apple.

After that, cook was quoted Steve jobs:

“Madmen, sure, that can change the world, actually change it”.

The decision of the Supreme court quashed the verdict to the Sixth circuit court in Cincinnati and a half ago, according to which the authorities of the States had a legitimate basis to maintain the institution of the traditional family. In other words, the court lifted the ban on same-sex marriage in 14 States, where it was preserved. 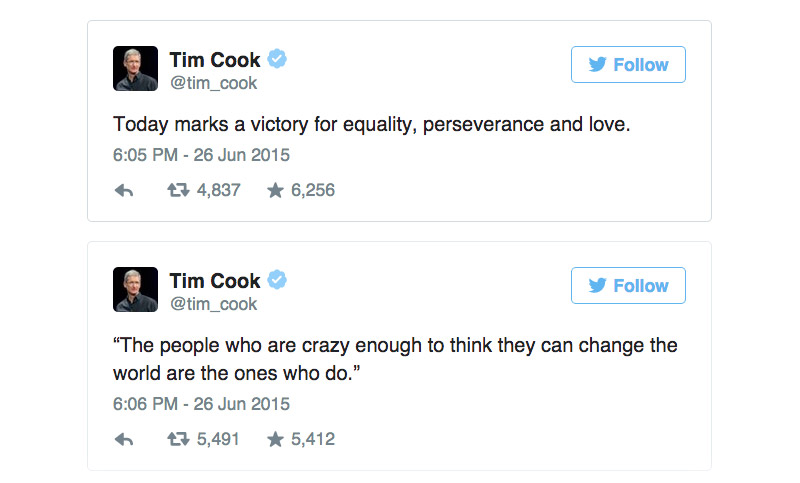 As expected, the Supreme court’s decision will cause protests in many regions of the country. For example, in North Carolina, where recently passed a law allowing officials to refuse to conduct the ceremony of marriage, if we are talking about same-sex pairs.

Synthetic tests allow to evaluate the performance of the new flagship of the iPad Pro. As it turned out, the device is equipped with processor of latest generation A10X Fusion, performance is ahead of its competitors and is the most productive device running iOS. Tested the 10.5-inch iPad Pro, the experts found two interesting features […]

Hackers crack the video Converter HandBrake, stole the source code from the developer apps for iOS and Mac

Last week we told you that the site is popular video Converter HandBrake has been hacked. Unknown gained access to one of the mirrors for distribution of the program and put into it malicious code. The malware spread under the guise of HandBrake for Mac may 2-6. Among the victims of this attack were not […]

A former top Manager of Google Hugo Barra is leaving for Xiaomi, after four years of work

Vice-President Xiaomi Hugo Barra has announced plans to withdraw from the Chinese company, which he worked for the past four years. About this he wrote on his page in Facebook. Former Vice President of product management at Android, Hugo Barra worked at Google from 2008 to 2013. In the summer of 2013 he moved to […]