Interesting fact: since the release of the first iPhone was 8 years ago, and Tim cook has already submitted more smartphones than Steve jobs. Some will not see nothing remarkable in this, others will be surprised and will start to count on the fingers of all released iPhone. On account of the founder of the four models of Apple iPhone 2G, 3G, 3GS and 4, while cook managed to introduce the iPhone 4s, 5, 5s, 6, and 6s. 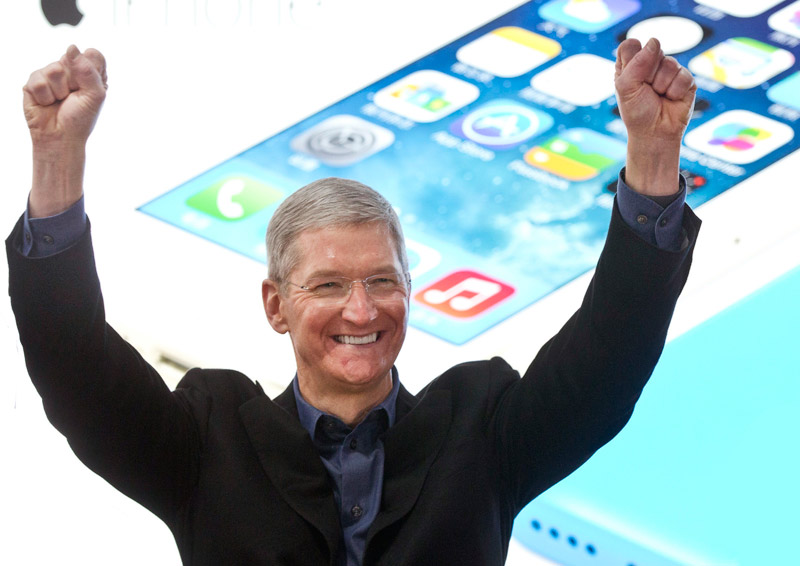 Steve jobs showed the original iPhone 2G in 2007. The smartphone had a small part of the functions that are available to users today. For example, he couldn’t interact with the App Store just because of the app store at that time simply did not exist. And yet, the smartphone, unlike competitor models, couldn’t record video. All of these features appeared in the next generations of devices.

In 2008 all the same jobs announced the iPhone 3G. New gadget could boast of a large set of applications that you could buy in specialized online catalog. Thanks to third-party software the functionality of the smartphone grew significantly. The recording was still available only for jailbroken devices.

2009 was the year the first iPhone with the letter “S”. Updated and improved on all fronts, 3Gs seemed to be a good update, although many were surprised that the design has not changed. In 2010, jobs presented a truly revolutionary iPhone 4. Incredible at the time the clarity of the display case made of glass and metal, and the presence of front-facing camera and video calls made the smartphone a bestseller. “S”-update for this model introduced a new CEO.

Tim cook, who succeeded as head of Apple Steve jobs, was a man of not-so-conservative views. About this directly States that the development path that he chose for the company.

After 4 years of running a company cook introduced five generations of iPhone: 4s, 5, 5s, 6, 6s. Of course, it is possible to calculate models 5c and 6 Plus for self-generation. On the other hand it should be noted that the development of the iPhone 4s and 5, of course, was conducted during the time when jobs was still at the helm. In any case, there is one indicator for which Tim cook has surpassed its predecessor – sales.

Steve Jobs iPhone sales peaked in 39,99 million units in 2010. When cook took the reins, the popularity of the iPhone skyrocketed. Today, Apple boasts of a digit in 169,22 million smartphones sold in 2014.

In addition, when in Kuqa iPhone was sold no less revolutionary developments than Steve Jobs. They include the fingerprint scanner Touch ID, Siri, Touch display 3D. Of course, Tim cook didn’t invent all of these features: over smartphones worked with a team of engineers. However, such merits are attributed to leaders who claim every product in the company.

And what model iPhone, in your opinion, can be considered the most innovative?

This week several of the jailbreak developers presented their new solutions for the iOS operating system 9.3.3. We are talking about twico designed to extend the standard capabilities of the iPhone, iPad and iPod touch. MacDigger selected some of the most interesting developments this week. A compilation of Addons made with consideration of popularity among […]

Startup BoomCloud 360 has announced a compact device that enhances the sound of smartphones. The new product provides a powerful and quality sound due to Read also:   IOS 9.3.3 already done