American Time magazine published an annual ranking of the 100 most influential, in the opinion of the editorial office, politicians, businessmen, cultural and public figures. It included Apple CEO Tim cook and Russian President Vladimir Putin.

The list is divided into five categories: “pioneers”, it mainly included innovators from various fields; “the titans”, which unites mostly businessmen; the “leaders”, including the heads of state and other key policies; and “artists” and “icons”, mostly represented by cultural figures and persons to be awarded the prestigious awards.

Tim cook has entered the category of “Titans”. A brief sketch of him was written by CEO of Disney and a member of the Board of Directors Apple Bob iger: “Apple makes elegant and innovative products that change our world, our ways of communicating and communications with each other, how we think, work and act. For further success the company needs a leader of great courage and character, aimed at perfection, a man of high ethical standards, challenging the status quo and encourage key questions of life about who we are for culture and society. Tim cook is exactly the kind of leader”.

Putin added, like in 2015, in the category of “leaders”. Last year the President of Russia headed the list of the 100 most influential people in the world, compiled on the basis of the results of a survey of readers Time. He then scored 6,95% of votes – more than any other political, public or religious leader. This year Putin again included in the rating based on readers ‘ voting. 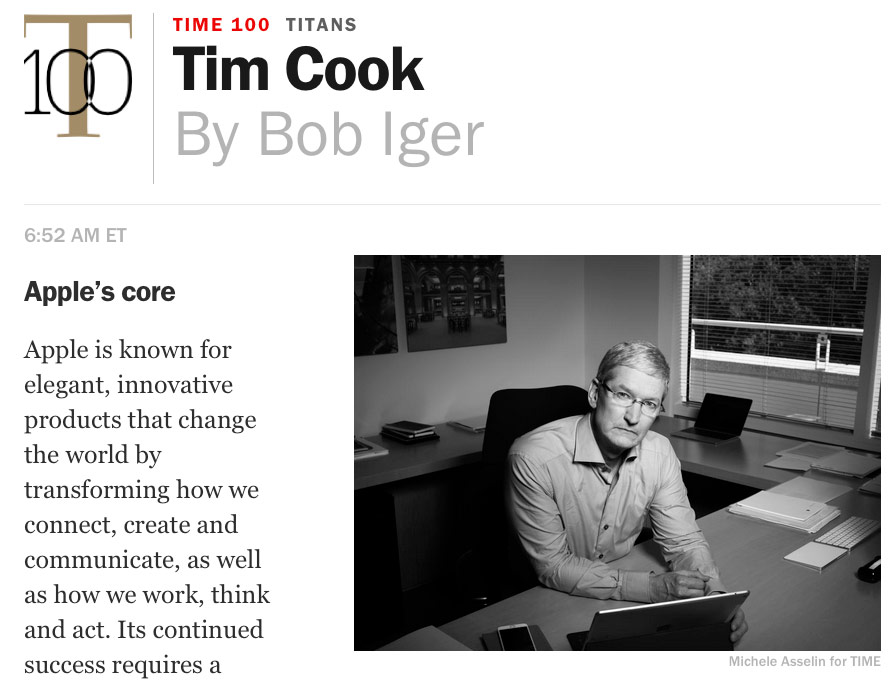 Among the most influential idols in 2016 by the Time magazine was actor Leonardo DiCaprio, singer Adele and Nikki Minaj, runner Usain Bolt.

According to the source, the new Apple TV will undergo some significant changes compared to the current model. Will present new along with new smartphones and tablets on 9 September. The cost of the fourth generation Apple TV will start at $ 149. Previously, we reported that Apple has not yet decided the final price […]

Media: official sales of Apple Watch will start in Russia on July 31

Apple Watch may appear in Russia already officially on July 31. This is reported by “Vedomosti” with reference to own source in the retail sector. Official Apple partners have started to receive all necessary training to sales of smart watches: stands, marketing materials, etc. the Company also makes recommendations on the preparation of retail locations […]

Yandex.Maps for iOS is now advance warning about blocking and toll roads on the route

The company Yandex has announced a new version of Yandex.Maps for iOS. It’s a minor but important update of the app. The developers have improved the program functions associated with building the routes, and did a great job on the bugs. The route is now built into Yandex.Maps can be reset with one button. The […]