In 1963, Volvo launched the P1800. It became one of the most popular cars in the 1960s. And if now the model looks at least extravagant, then it was perceived as an example of elegance: 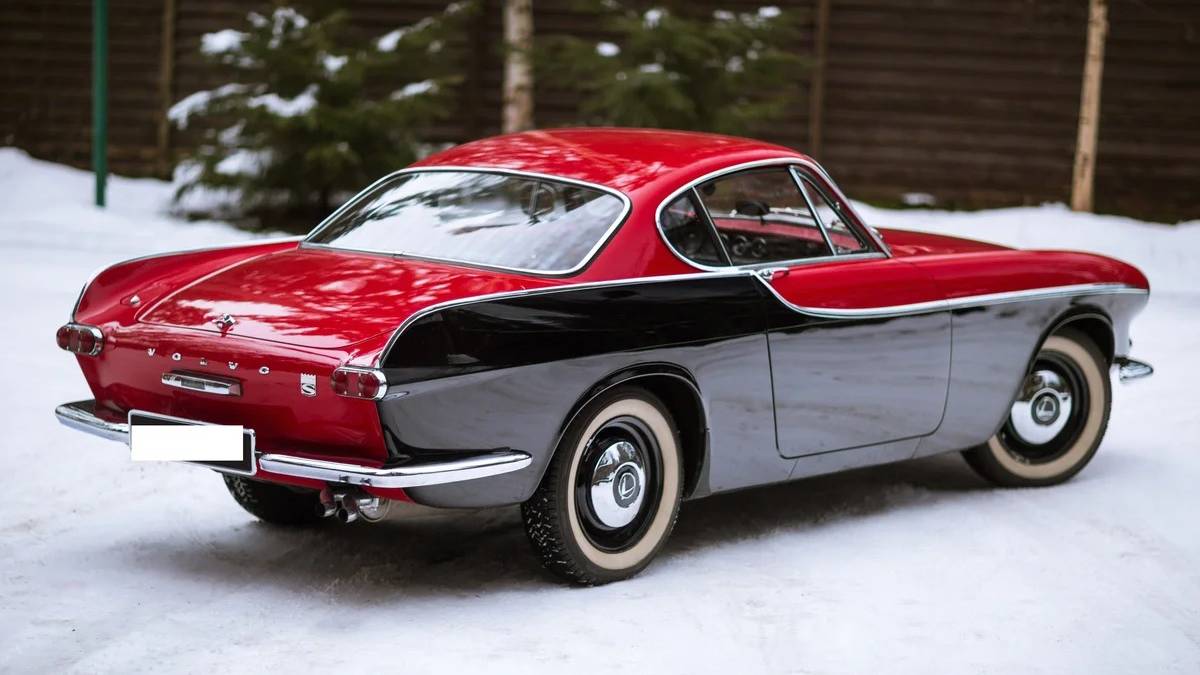 But the classic shapes often appeal to tuners. So much so that even a special direction has appeared, called restomods – classic cars are first restored and then modernized. They often come across to you in photographs, if you are interested in automotive subjects.

For example, the classic 930 Porsche 911 is an amazing car. But what if you put it on modern rollers with modern suspension and modern engine and gearbox? Oooh, this thought makes my brain smoke (and not just my brain).

And here Volvo P1800 is just an excellent material for restomoders. Fortunately, the coupe was taken over by an approved company – Cyan Racing, previously called Polestar Racing. Does this name mean anything to you? Let me give you a hint: Volvo Cars is now owned by China's Geely. 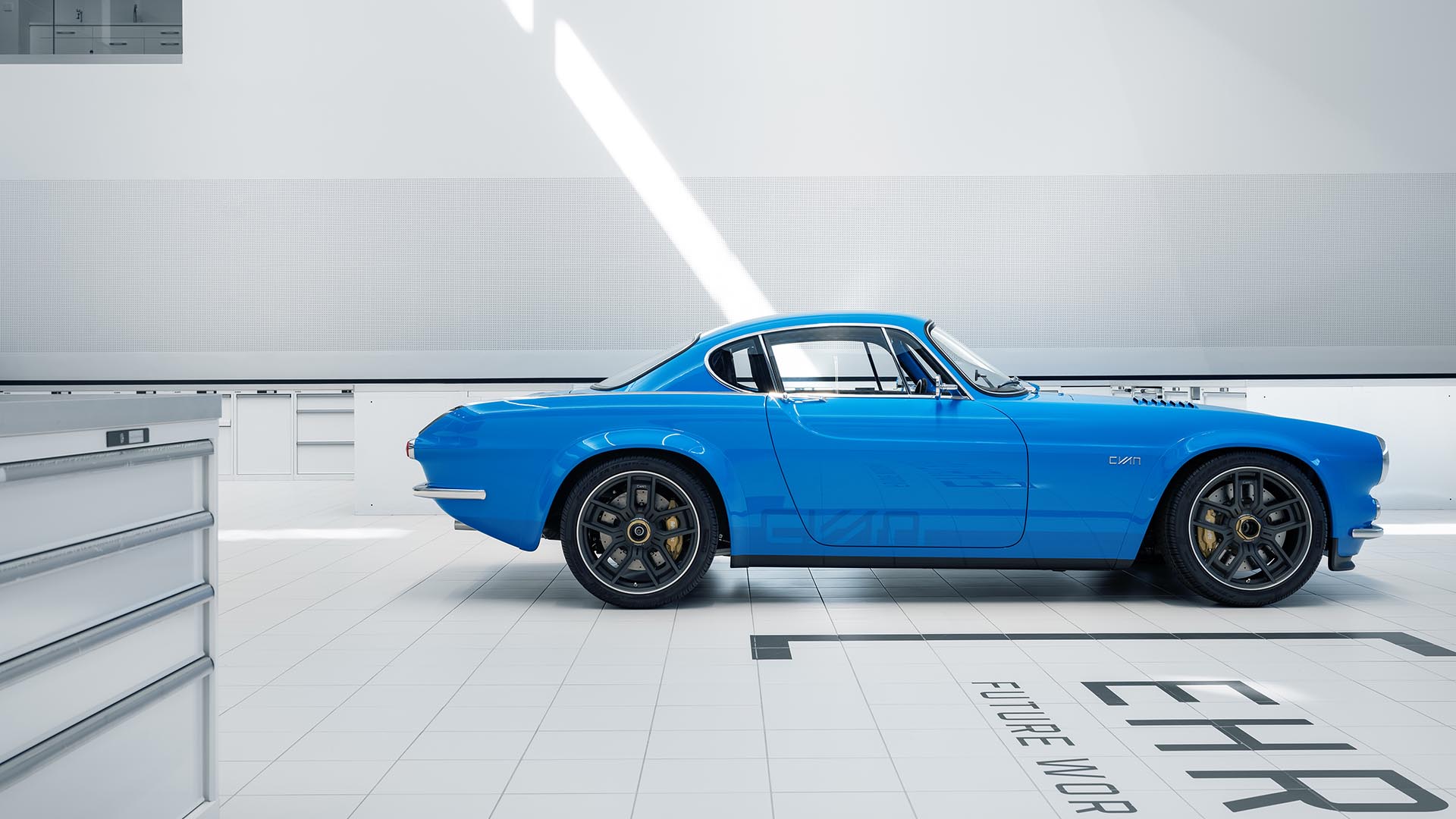 Geely also owns Polestar, a division that produces electric versions of Volvo and Polestar Performance and prepares "charged" Volvo. In general, Cyan Racing has a lot to do with Volvo. Although the press release emphasizes that this is exclusively the initiative of "Cyan" and does not apply to Volvo Cars.

In general, one copy of the Volvo P1800 has been in the hands of the craftsmen of "Cyan" and you can see the result in the photos that accompany this text. 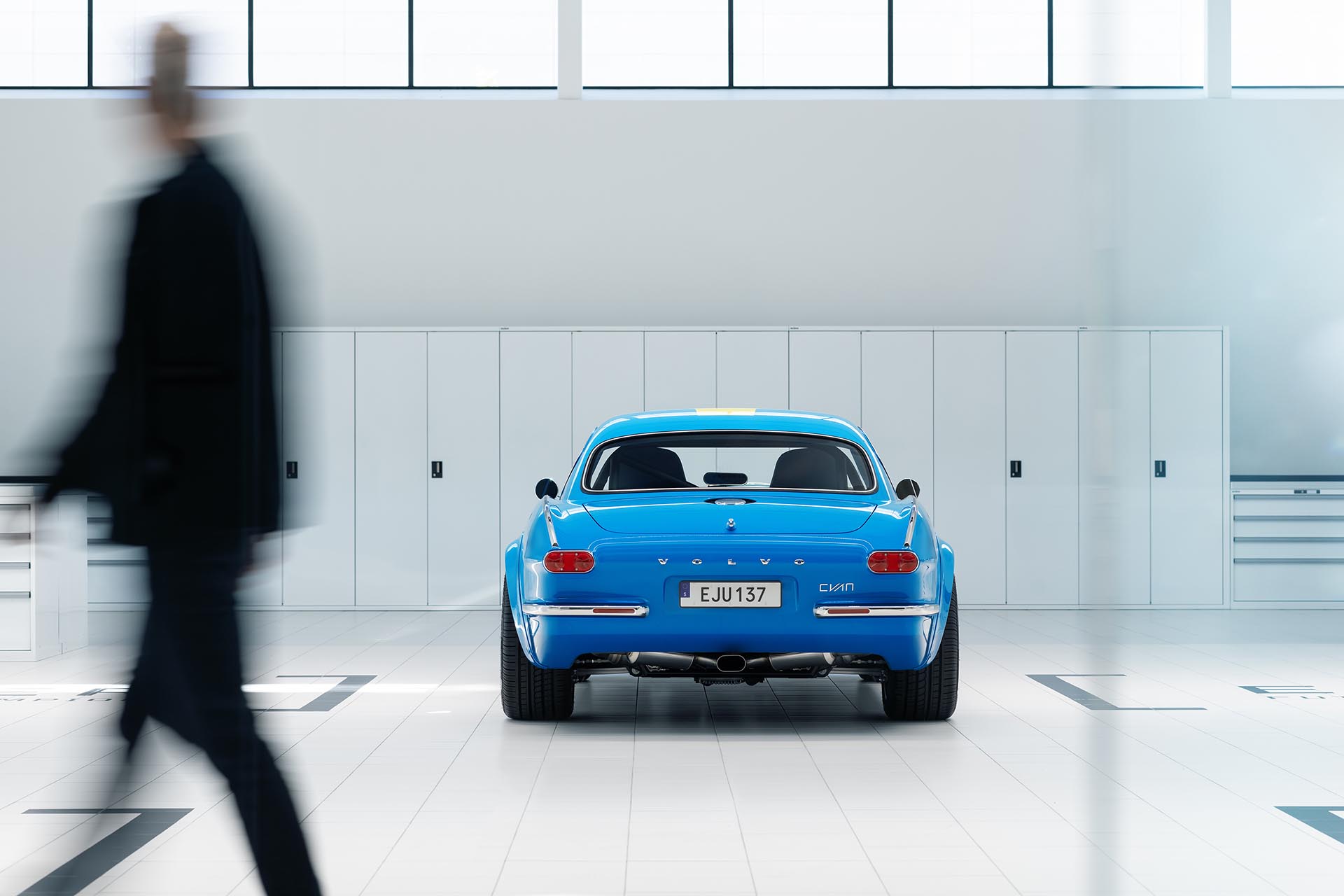 First of all, it should be said that the body was improved, strengthening the weak points with high-strength steel and carbon fiber.

Read also:   Huawei has unveiled the "magical" Magic Honor with the functions of artificial intelligence and the battery with graphene

The wheel arches have become larger and wider, the line of the rear fenders has changed – now it rises not so high above the trunk. The chrome line running along the entire body was also removed, the wheels also increased in size, and the forged 18-inch wheels are attached to a single nut. The wheels, by the way, can be adjusted in tilt angle. 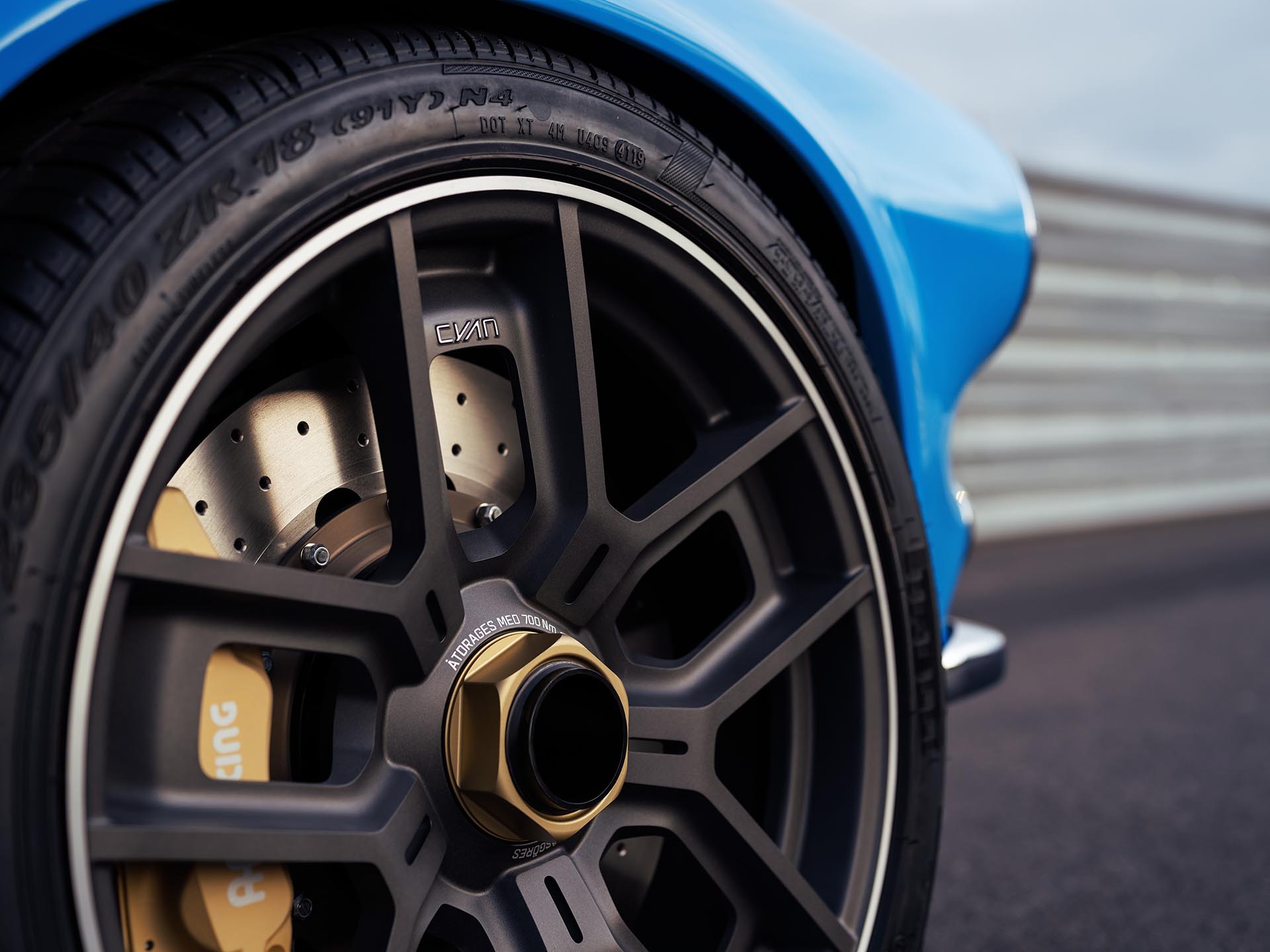 The only thing that has changed in size down to the original side is the bumpers. Now these are thin chrome stripes.

I also liked that they moved the fuel filler flap to the trunk. It's awkward but wildly stylish. 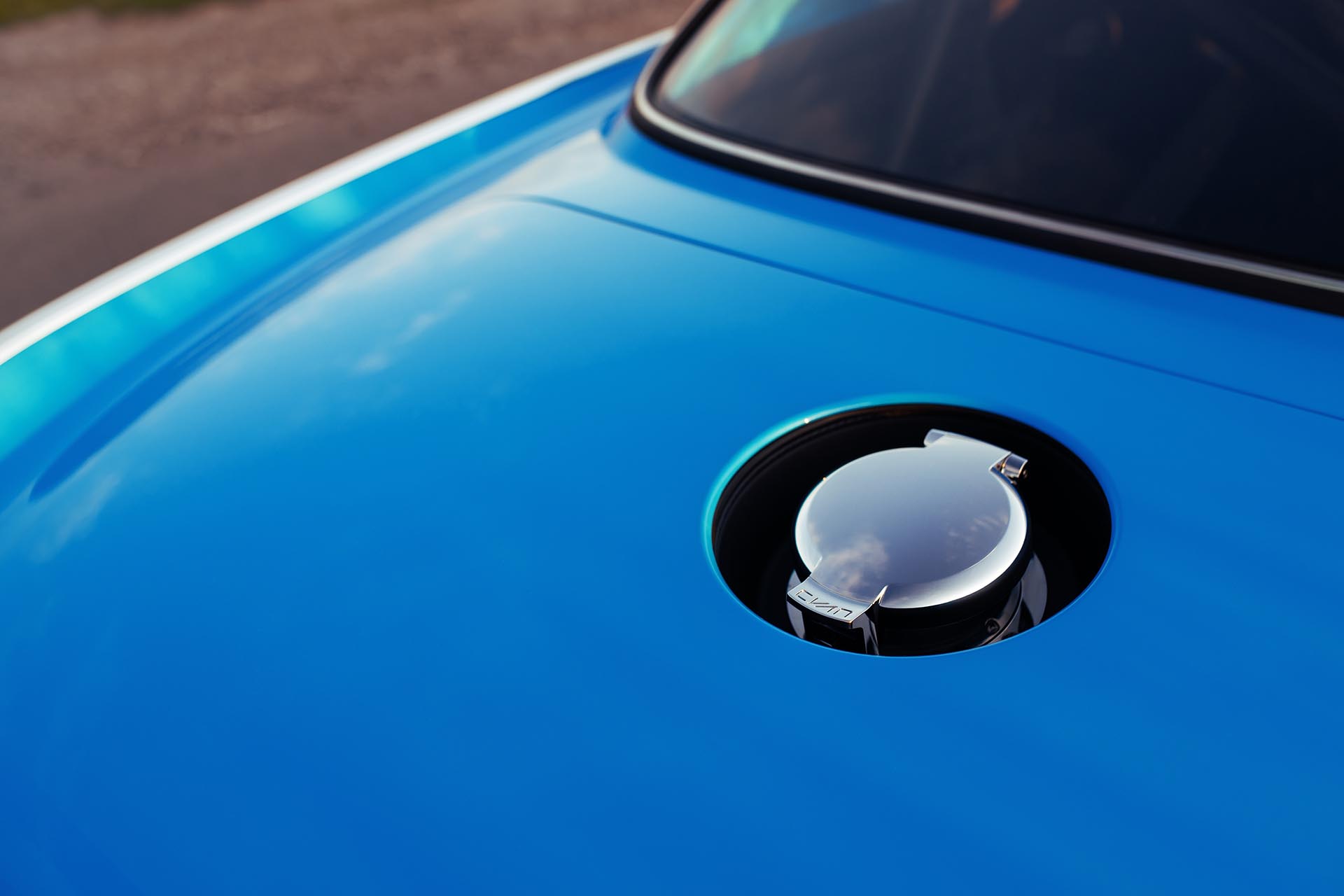 The interior was also changed: instead of standard seats, sports Momo were installed, and a fairly large part of the interior was occupied by a titanium half-frame of safety. However, I cannot demonstrate this – Cyan Racing for some reason did not photograph the car from the inside. 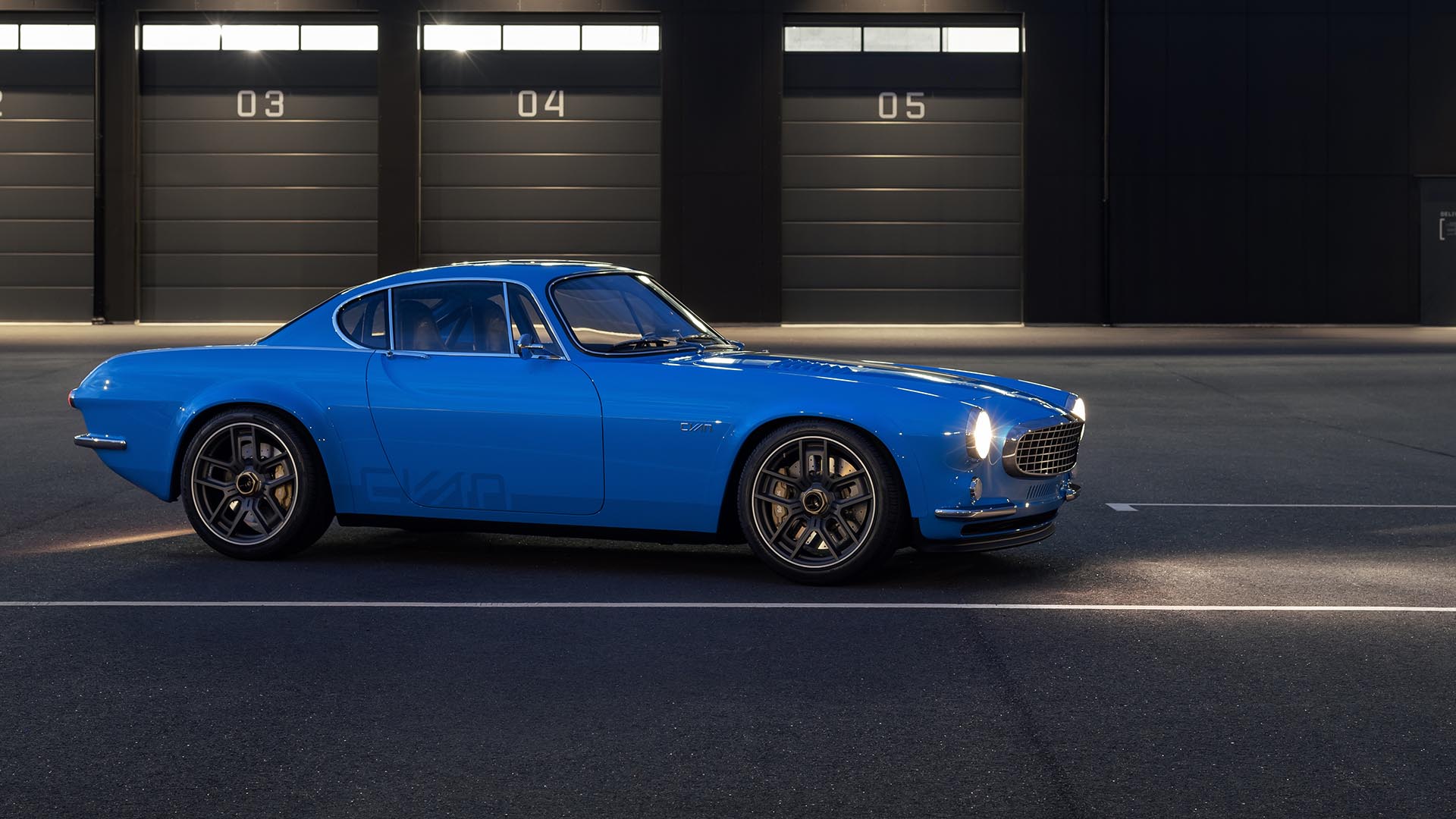 But the main thing, of course, is not the interior modernization. In addition to the excellent modernization of the appearance, we also carried out a thorough work with the "hardware" of the car. The suspension is now fully controllable. A double wishbone is installed at the front, and an independent suspension is installed at the rear, although there was previously a continuous axle. Modifications! At the same time, to lighten the weight of the car, the suspension was built on aluminum components. 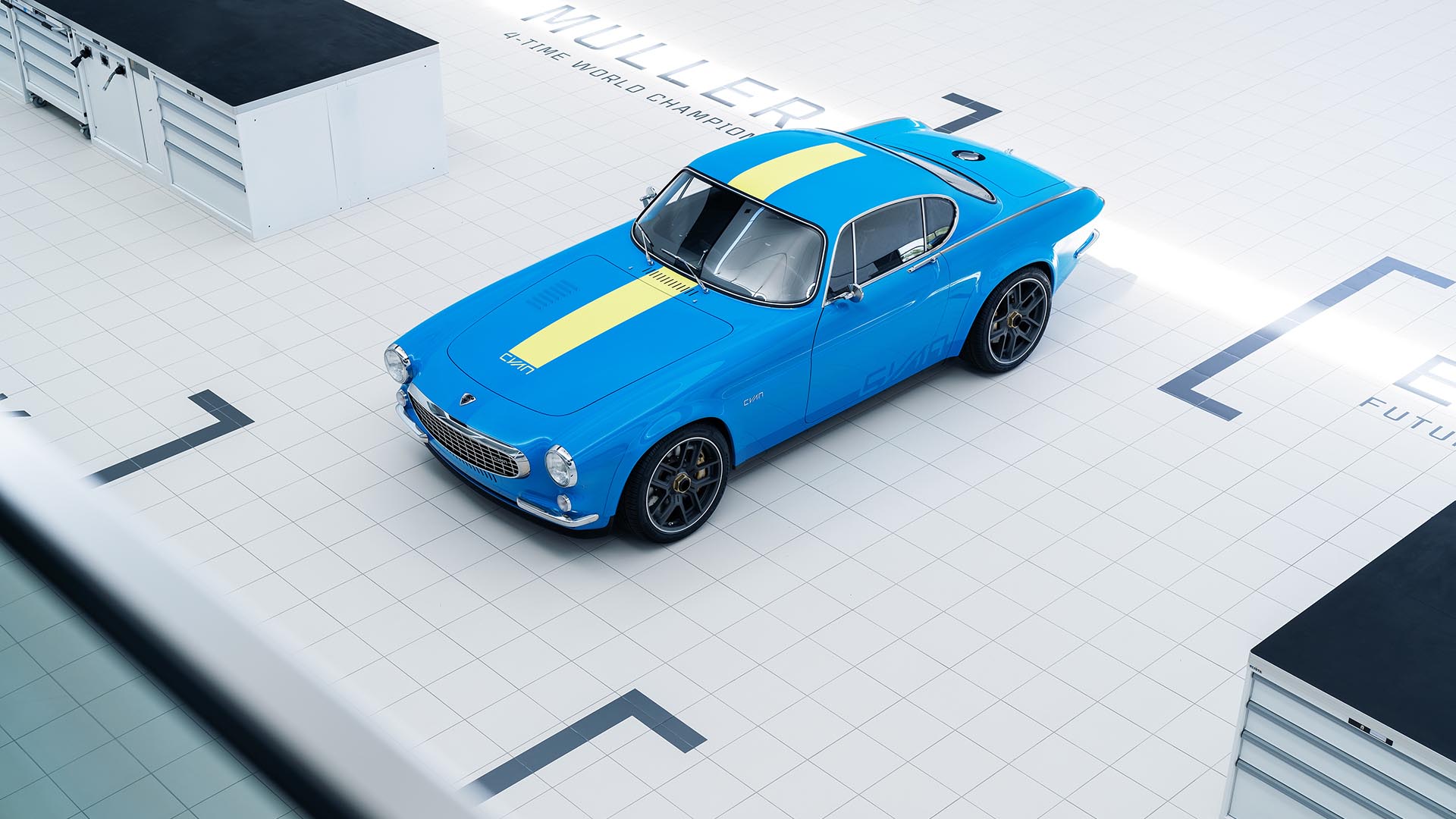 The engine was taken from the racing Volvo S60 TC1. It is a turbocharged two-liter four-cylinder engine. It produces 420 liters. from. and a torque of 455 Nm at 7700 rpm. All this is paired with a Holinger five-speed manual gearbox. It is specially sharpened for high torque applications. The brand new P1800 brakes thanks to its large four-piston AP Racing calipers.

Read also:   The thing of the day: the first Macintosh case for the AirPods case 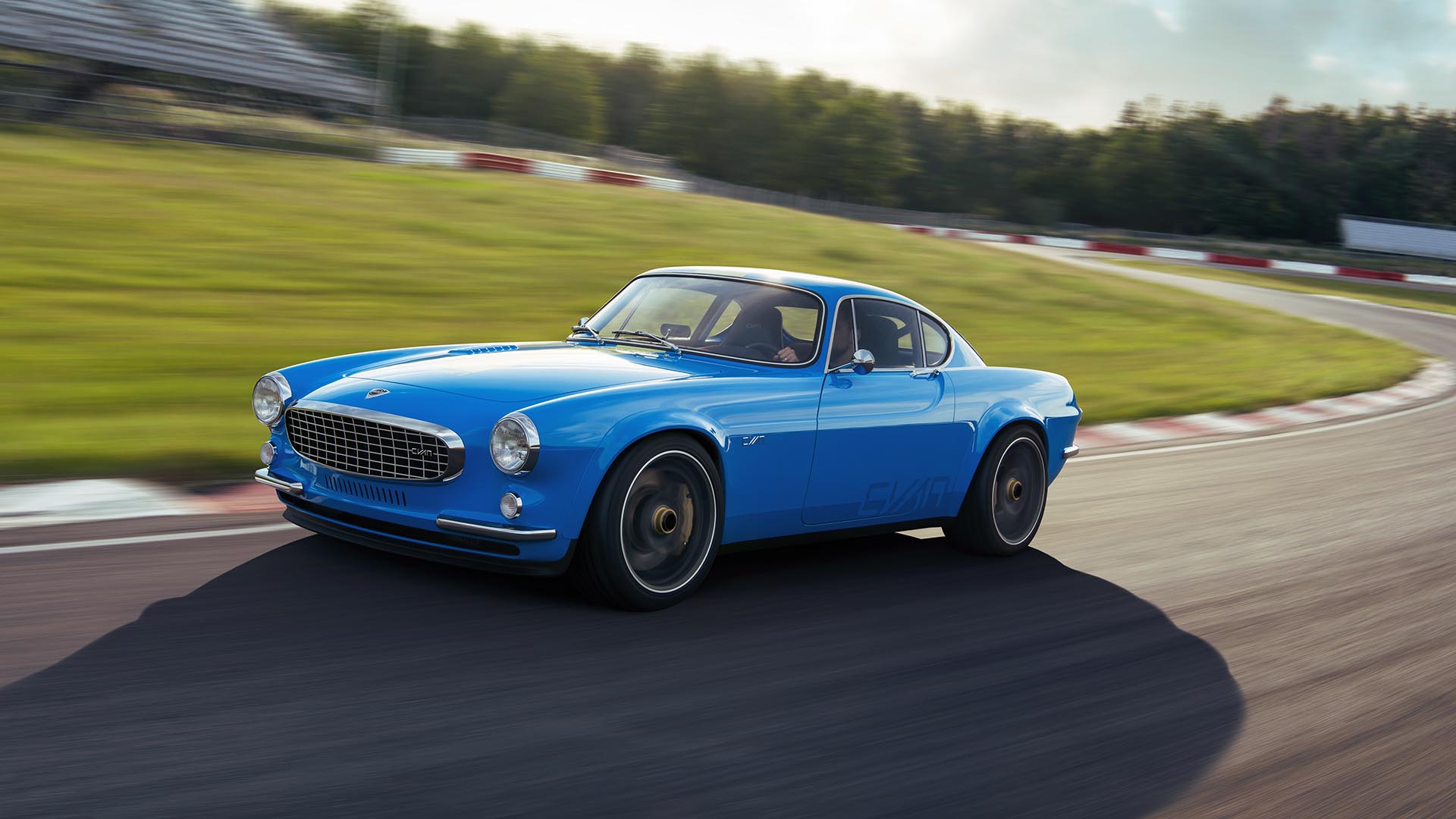 The team put together one restomod and realized that it was top-notch. In general, small-scale production will be launched in the fall, the volume of which has not been reported. The price has not been named either, but there are rumors that this Volvo P1800 will cost about $ 500 thousand (about 38 million rubles). Expensive! But how cool the car came out!

Apple have urged the U.S. government to change the law in relation to self-driving cars

Apple is interested in testing self-driving car. According to the news Agency Reuters, the company entered into debates about the development of American law regarding the safety of Autonomous vehicles. “Apple makes major investments in machine learning and automation, and pays particular attention to the potential of automated systems in many areas, including in transport”, […]

Yandex renews its Plus subscription: full access to KinoPoisk HD and cashback for services