Successful sales of the iPhone 6 became the reason of decrease in the market value of Samsung. Due to the weak implementation of the flagship Galaxy S6, which failed to distract consumers ‘ attention from Apple products, the capitalization of the Korean Corporation for July fell $17 billion. 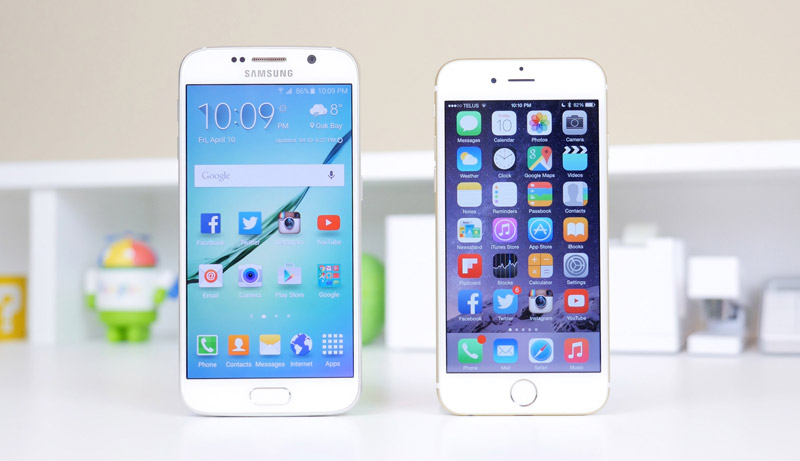 Reducing the cost of the Samsung happened after the manufacturer has published the fifth consecutive quarterly report a decline in profits. The company also warned of a slowdown in the growth of the market and about the “cooling” demand for microchips. The share of Samsung smartphones in the world fell by more than 3% in the second quarter of 2015 amid growing iPhone sales and stiff competition from Chinese producers including Xiaomi.

In addition, less than four months after the official release of its top-end devices, Samsung has reduced the prices on them. It was assumed that on the day of the start of sales of the flagship models of the company in Russia the cost of the devices will start with 53 990 rubles for a model of the Galaxy S6 (32 GB single SIM card). However, on the day of the start of sales (April 16) due to the strengthening of the ruble retailers selling this model from 46 990 rubles.

The company also made a mistake with the sales forecast model of the Galaxy S6, which used a small demand in contrast to the flagship models of the iPhone 6 and iPhone 6 Plus. At the same time, Samsung has not released in sufficient quantity model Galaxy S6 Edge with a rounded display, which has become popular. The South Korean company introduced both models March 1, 2013. 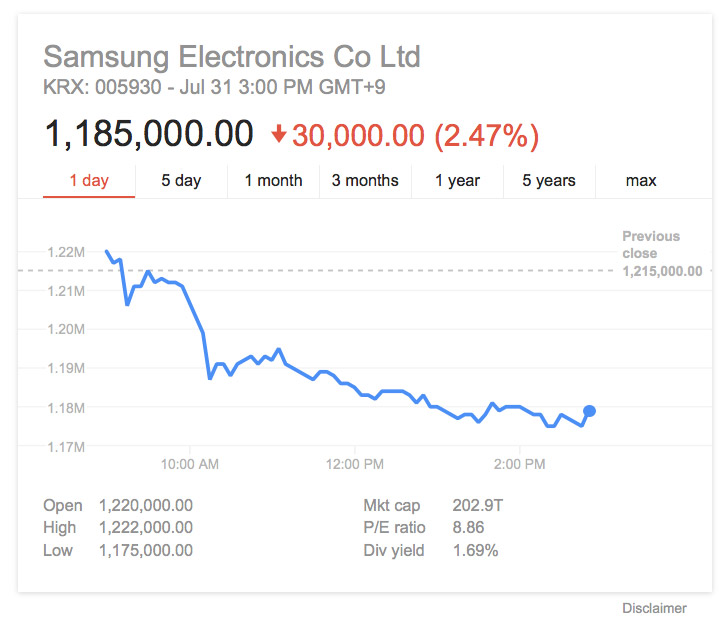 Analyst South Korean research firm Quad Investment Management Co. Marcello Ahn believes that Samsung had no answer to competitors ‘ products, and he doubts that this situation will change in the coming year. This means that investors are becoming less and less reasons to commend the securities of the company.

According to the Agency, since the beginning of the year shares of Samsung fell by 11%, which is the strongest decline since the global financial crisis. In the accounts of the company for more than $43 billion.

Deutsche Bank claims that the iPhone 7 will be equipped with Lightning adapter 3.5 mm, not USB-headset EarPods

Despite repeatedly expressed in recent opinion about what’s included with the iPhone 7 Apple will supply new headphones with Lightning interface, recent posts talking about what to bury old EarPods prematurely. According to the publication Business Insider, Apple will have the iPhone 7 and iPhone 7 Plus, lacking a 3.5 mm audio Jack, regular headset […]

Apple sold 51% more Apple Watch than a year ago

Apple does not disclose the exact number of Apple Watch sold in its quarterly reports, and therefore, when it comes to sales of apple smart watches, we have to rely only on data from analysts and research firms. And they say that Apple Watch sales are growing from quarter to quarter. interesting                    […]

The developers of virtual reality helmet Oculus Rift explained the company’s decision to exclude the first stage from the list of supported platforms Apple computers. According to them, the MacBook is not powerful enough to work with virtual reality technology. In may, the developers of the helmet Oculus Rift has officially announced that at launch, […]