Vernee company has released a video in which they compared their new smartphone Vernee Thor with the flagship phone of Apple. Feature of the device lies in the technical equipment and an unusually modest price tag. In addition, Vernee Thor will be the first smartphone, which will be certified by Uber. 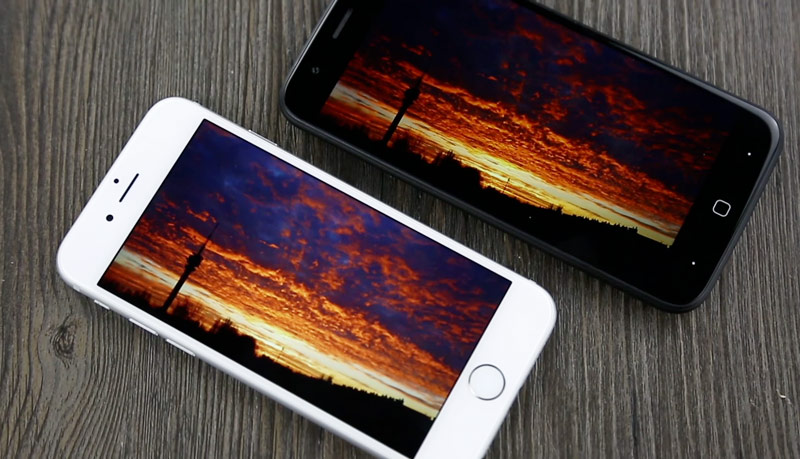 Vernee plans to introduce this year’s Apollo model, equipped with a powerful chipset Helio X20 and 6 GB of RAM, and its a more accessible version of Thor. The fact that the latter refers to the number of budget decisions, does not prevent the manufacturer to compare it to costly competitors. On the video, the manufacturer reports that Vernee Thor not far behind in image quality from the iPhone 6s. It is argued that display with On-cell provides better visibility, richer colors and better contrast.

Mobile messenger Telegram has a new feature. Users can now use chat for personal file storage. The developers have added in-app cloud storage, whereby users will be able to download the service own files and then download them from another device or send to your friends. In the description of the update notes that users […]

Swiss brand Breitling is preparing to introduce its first model of “smart” hours. It was called Exospace and will be officially presented in new York on 16 December. Smart watch developed on the basis of the model B55 Connect, which was presented in March at the BaselWorld event in 2015. On the novelty known comparatively […]

While all Android manufacturers sadly have concluded that tablets are dying, Apple is delaying the funeral, and makes people admire the new iPads. The 10.5-inch iPad Pro was presented at the beginning of June, and all the top foreign publications have evaluated it as close to 10/10. Have. naturally went to the cuckoo: it seemed […]