Blizzard Entertainment has announced the launch of its new MOBA project Heroes of the Storm. Today a potential competitor of the “dots” can load everyone on Windows and OS X. 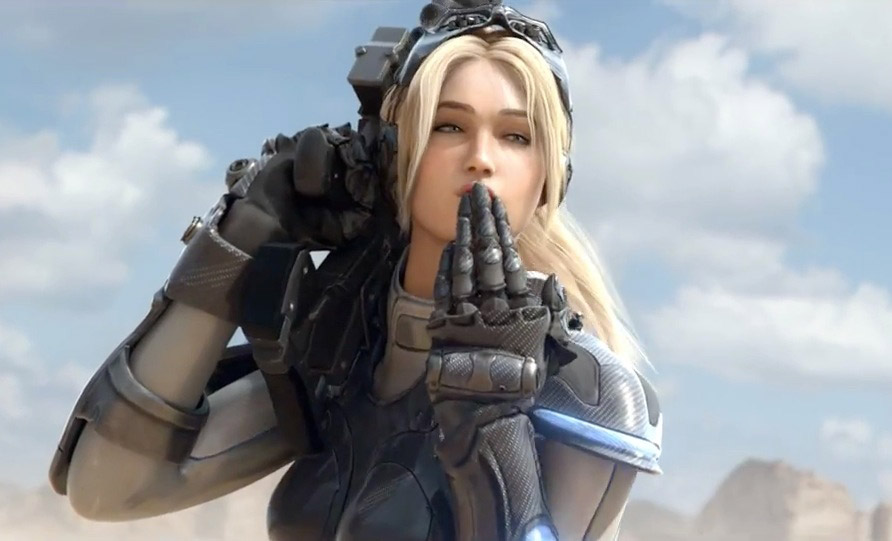 Heroes of the Storm can be called a fusion of all the games from Blizzard in one MOBA project. The fact that the heroes in HotS are basic and not-so characters from all Blizzard games: Kerrigan from StarCraft can run on the same field with Arthas from Warcraft, and Tyrael from Diablo will be happy to kick Jim Raynor.

“Heroes of the Storm — dynamic team game, in which you will play as your favorite characters from Blizzard games. Select the ability and the appearance of the characters and develop your own unique playing tactics. Create a team with friends and participate in a quick, intense matches. And remember: the choice of the battlefield will directly impact the strategy and game style.

At the time in Heroes of the Storm presents more than three dozen characters, 14 vehicles and 7 fields of battle. Blizzard calms the players: this is only the beginning, the game will be maintained and developed.

Blizzard intends to hold the world championship in Heroes of the Storm. The World Championship tournament will be held at the upcoming BlizzCon, which will take place on 6-7 November in Anaheim, USA. Its prize Fund is $1.2 million the Winner will receive not only the title but also a cash prize of $200 000.

Very soon will begin the first qualifying game in Australia, New Zealand, China, Europe, Latin America, North America, Korea, Southeast Asia and Taiwan. After the election there will be regional Championships, the results of which will be determined the top eight teams in Heroes of the Storm in the world.

Users around the world complained about the disruption Skype

Skype users around the world complained about the failure of the messenger. Company representatives have stated that aware of the issue and are working on fixing it. The problem is with the settings of the user status. All your contacts you see in the status offline, in connection with which he cannot communicate with them […]

Not so long ago Windows celebrated his 34th birthday. Along with the operating system from Microsoft brought up a new generation — maybe this explains the all-encompassing sense of nostalgia for older editions of OS that occurs for many users. Otherwise, why craftsmen install an older version of Windows on, seemingly not intended for this […]

Microsoft plans to bring its new smartphones in the premium segment. Two new models, Lumia and Lumia 940 940 XL, designed to compete with the iPhone 6, Galaxy S6, HTC One M9 and other top-end devices will go on sale this fall. According to Softpedia, the body of the new flagship Lumia 940 will be […]