Many fans of Apple laptops was looking forward to a radical renovation of the “professional” MacBook Pro. The machines were announced, they received many innovations, including ultra-slim, USB-C and OLED touch-panel Touch Bar, but not everything turned out well for all. It is already known that the owners of a number of models encountered image distortions on the display. 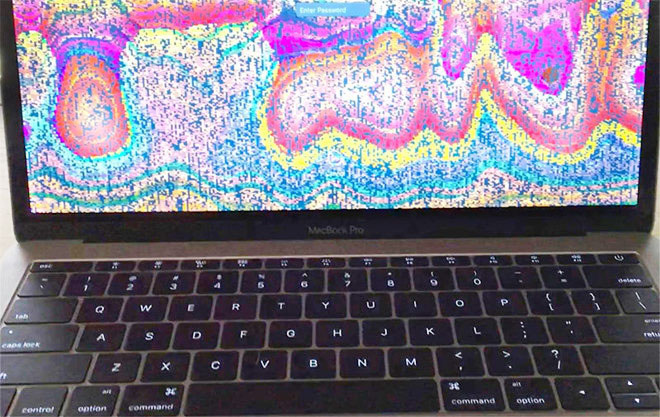 In the process of working with MacBook Pro the screen may be distorted: the colorful spots, discolored and distorted picture. Some of the image turns red, green (or other color), some of it just “breaks”. There are other manifestations, but they are all associated with the image. Basically the problem relates to older versions of the MacBook Pro, equipped with GPU Radeon Pro 460, but the survey showed that a failure occurs on all models of the new Apple laptops.

In the MacRumors suggest that the new Apple laptops is causing third party software and not a manufacturing defect of the computers themselves. Reader edition Jean Becker said that his 15-inch MacBook Pro with graphic card Radeon Pro 460 problems occur during rendering video in Adobe Premiere Pro.

Becker took your MacBook Pro to an Apple store, where he replaced the device. However, the problem was evident in the new instance. After a few days he was contacted by Apple representatives who were asked to reproduce the crashing on the phone and asked them to open remote access to your laptop to clarify the reasons.

The most frequent complaints are for the MacBook Pro graphics Radeon Pro 460, but the problem with the image is that of the model with Radeon Pro Radeon Pro 450 and 455. There is currently no evidence to suggest that the problem is associated with defect graphic cards. Distortion can appear on the screen in moments of high load during video processing, synchronization, Photo library, working with Photoshop and Lightroom. 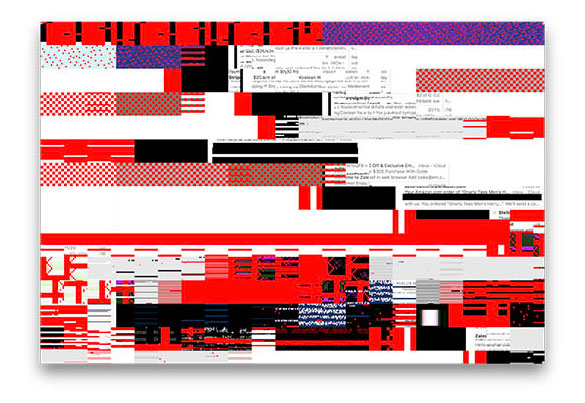 It should be noted that users not the first time faced with a similar problem MacBook Pro. In 2013, the owners of 15-inch and 17-inch modifications of the class of 2011 began to complain of discrete graphics AMD, which led to artifacts on the screen and even freezes the operating system.

Most likely to encounter problems was the owners of MacBook Pro 2011 model with the AMD Radeon 6750M, and the users of models with graphics Radeon 6490M, 6750M, and 6970M. In October 2014, the owners filed a lawsuit against Apple, about 20,000 people have signed a petition to the company about replacing defective machines.

In February of 2015, Apple has launched a program of free repair MacBook Pro, which identified problems with the graphics card. Under the program the company has committed to perform laptop repair even if the warranty is already over.

Apple is working on implementing the camera in the Apple Watch

Apple has patented a new design of the Apple Watch with built-in camera and support for Face ID. The information that smart watches Apple will be the front facing camera appeared in October last year. The Corporation does not speak specifically about the Face ID and describes the potential of the camera as a sensor […]

Why the 4-inch iPhone SE important for Apple

According to many still not refuted the rumors, 21 March, Apple will introduce a new smartphone iPhone SE. Three years later the company returns to the compact format of phones with 4-inch display. The smartphone market changes in the saturation, the growth of sales of new devices is slowing down. Using iPhone SE the company […]