In the Network appeared dubbed movie trailer Danny Boyle’s “Steve jobs”. The second biopic based on the story of the legendary inventor, filmed by British Director Danny Boyle (“Slumdog Millionaire”, “Trainspotting”). The main role in the movie is played by Michael Fassbender. 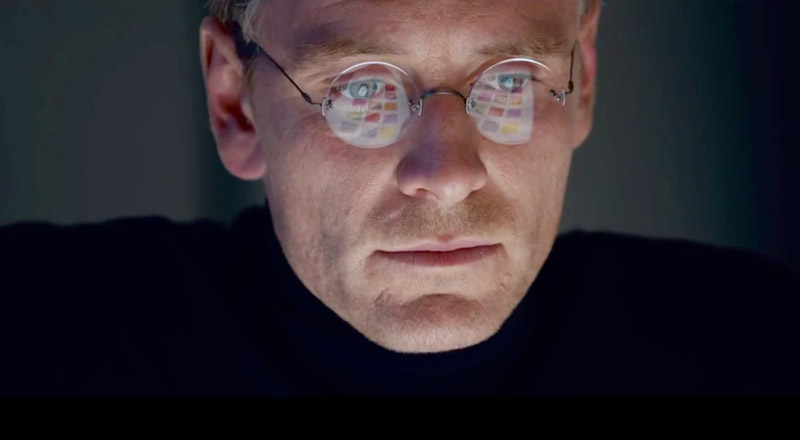 The trailer has dispelled the fears of those who believed that the actor is not like Steve jobs: it is clear that Fassbender was feeling it is not worse than its “predecessor” – Ashton Kutcher, who really had a strong resemblance to his hero.

The action in the new film will focus on three high-profile launches of Apple products, the latest of which is the presentation of the iMac in 1998. The trailer also featured such episodes in the biography of the entrepreneur, as the brawl with co-founder Steve Wozniak, the denial of jobs to acknowledge his illegitimate daughter Lisa Brennan and dismissal from Apple in 1985.

In addition to Fassbender, the film was played by Seth Rogen in the role of Wozniak, Kate Winslet as Joanna Hoffman, a part of the team that developed the first Macintosh computers, and Jeff Daniels, who plays former Apple CEO John Scully fired jobs.

Jobs repeatedly became the hero of the movies and books. About him shot nine documentaries, written 14 biographical books and three art novel (authorship sisters entrepreneur Mona Simpson). Hero’s movie jobs has been three times — in the film “Pirates of Silicon valley” (where he was played by Noah Wyle), a satirical Comedy “step” (Justin long) and the biopic “jobs: the Empire of temptation” (Ashton Kutcher).

The Russian premiere of “Steve jobs” will be held on November 12.

In line for the iPhone 6s got even robots [photos]

Near Apple retail stores around the world are already lining up of the crowd wanting to buy the new iPhone 6s and iPhone 6s Plus. This year a place in the queue for the smartphone took even a remote presence robot. Fans of Apple has not changed its September tradition and courageously endure a multi-day […]

Redheaded users gathered 13,000 signatures under the demand to Apple to create a smiley face

In a recent update of iOS and OS X at Apple products appeared more than 300 new emojis to reflect the racial and cultural diversity. Unfortunately, the company is undeservedly forgotten red-headed nature of people. Natural redheads make up only 2% of the population, but 13 000 of them came together and signed a petition […]