The monthly audience of messenger Telegram has surpassed 100 million users. This is stated in the official company blog. In this indicator the service has managed to achieve over 2.5 years since inception. Every day start using Telegram 350 000 people, and all instant messenger users sending 15 billion daily messages. 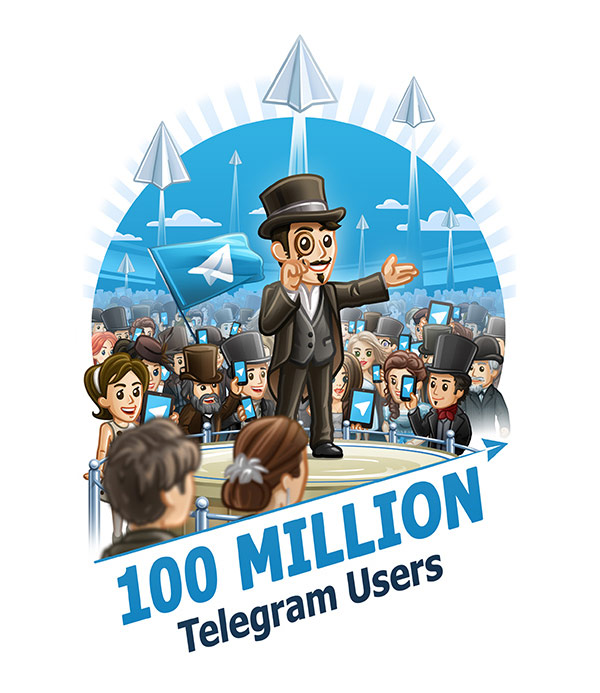 Many people have heard about the Telegram. Its development after the departure from the “Vkontakte” is Pavel Durov, the game he made a stir in governmental offices, when the messenger tried to ban or take control, demanding that Durov access to the correspondence. The reason for this is concern that Telegram could be used by terrorists to coordinate their actions.

“We have created a secure, encrypted data transfer Protocol that allows you to send messages even with the poor performance of mobile networks – said Durov. – We run servers all over the world to make Telegram the most reliable means of communication. Our secret chats with the possibility of self-destruction messages were a hit, especially after the revelations of Edward Snowden”.

According to Durov, Telegram audience growth is a 100% organic, as the company has not spent a penny on advertising and attracting users. Telegram no marketing budget, he says. And the secret of the success of the service that people recommend it to each other. Now people use Telegram in 200 countries.

Telegram from may, attracted 38 million new users, i.e., since his audience has grown by 60%. The main competitor Telegram messenger WhatsApp (owned by Facebook) recently reached 1 billion users a month. 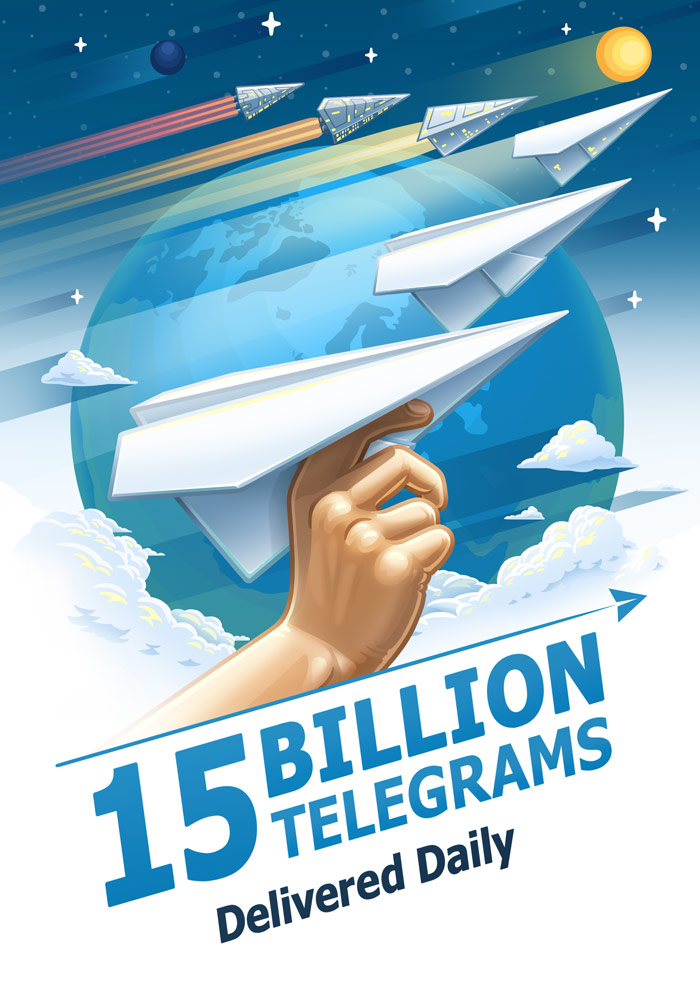 Pavel Durov Telegram was founded in 2013, previously he founded Russia’s largest social network “In contact”. Durov left Vkontakte in the spring of 2014 due to a conflict with shareholders. One of the subjects of the conflict was the development of Telegram messenger is the then shareholder of “Vkontakte” Fund UCP accused the founder of the social network that it is developing its own project, while remaining a leader “In contact”. Even exchanged lawsuits, but eventually entered into a settlement agreement.

Work Telegram in Russia became the subject of discussion by various officials. Some even urged to block the messenger in the country, “if it will be used for the furtherance of terrorism”. Such statement was made, in particular, Deputy Chairman of the constitutional Committee of the state Duma Alexander Ageev. He asked the Director of the FSB Alexander Bortnikov to control the work of a Telegram. Then it was that public a Telegram channels used by terrorists. Later the Telegram reported that these channels will be blocked.

Good news for many Mac owners. Apple has released the long-awaited macOS 10.15 Catalina. It can already be installed. The list of supported models is quite wide. Image – Jason Hiner / CNET Which computers are compatible? Here is the list: iMac 2012 or later; MacBook 2015 or later; Mac Pro 2013 or later; iMac […]

Ukrainian users have blocked VPN access on iOS and Android

Network users complained that some mobile apps to bypass the lock disappeared from the App Store and Google Play. After the ban of Russian social networks in Ukraine, users began to look for ways to bypass locks. In particular, people began to download the free app Opera VPN. However, after some time in social networks […]