A number of analysts and market experts predict a decline in orders in the first quarter, which may signal the first ever drop in iPhone sales in annual terms. However, none of those who predicts an imminent crisis in Apple drew attention to a number of important developments in the industry, one of which was the demonstration of wireless charging technology, Energous. According to rumors, Apple is directly connected with this startup. If this is true, then in the near future, the smartphone market are waiting for radical changes. 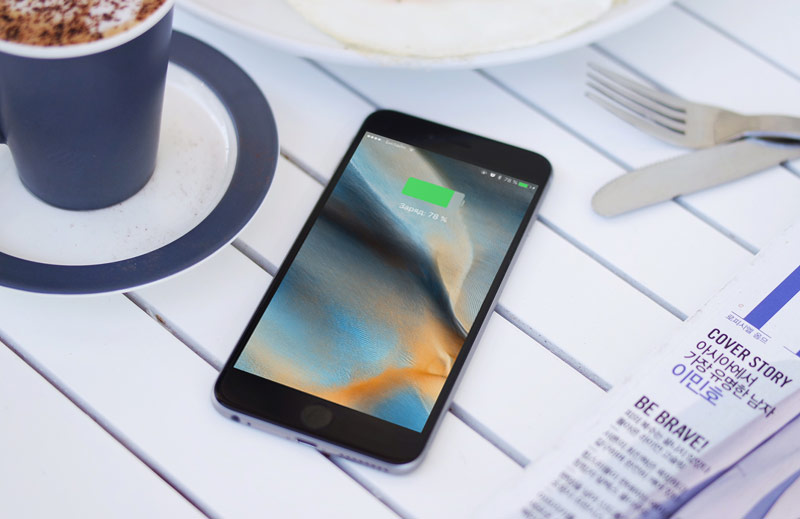 During last year’s CES 2015, the startup has demonstrated the wireless charging technology WattUp, using radio-wave energy transfer. It uses the same frequency bands where Wi-Fi connectivity. The difference of the technology from the traditional methods of wireless charging is that smartphones, tablets and other mobile devices can receive energy at a distance of 5 meters. Chip Energous has tiny size and unlike induction analogues virtually no effect on the thickness of the device.

Current methods of charging can only be called wireless, since they have short range, and the device should be located at a site that is connected to the network by wire. Just imagine the possibilities offered by WattUp. The owner of iPhone receiving power, need not be at any particular point in the building or to hold the device in the immediate vicinity of the transmitter. Thus, the charging is completely transparent, which not only eliminates wires and allows to work constantly with the mobile device. The smartphone’s battery will charge even when in your bag or your pants pocket.

There is reason to believe that Apple is the exclusive partner of Energous. Enough evidence provided analyst at Disruptive Tech Research Louis BIZNIS. If Apple manage to implement this technology in a future iPhone, it will revolutionize the smartphone market. Innovation comparable to the emergence of the original iPhone in 2007, which gave rise to mass adoption of touch screens. Users will be less to think about charging the battery, and with the development of technology, and do forget about the power sources. 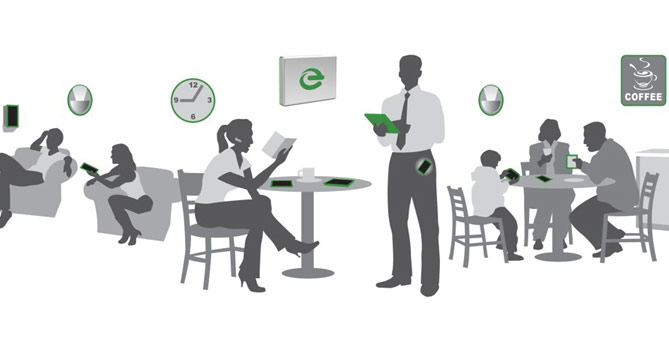 The transition to a new type of charging will not only increase sales of the iPhone, but will Apple open up a new market segment. After the purchase of the smartphone and tablet, users will need new energy transmitters that need to be installed in different rooms – office, living room, bedroom, etc. most Likely, the iPhone will not be the only Apple gadget that can be recharged in this way.

Samsung showed how to save fallen into the water iPhone

Samsung often jokes about Apple, thus attracting attention to their products. This time the South Korean brand has offered iPhone users a way to restore the smartphone after falling into the water. “That’s what you should do if your phone accidentally gets wet next time”, — stated in the official Twitter account of the Indian […]

What will Apple at WWDC on Monday

On Monday, 8 June, Apple will officially open world developer conference – WWDC 2015. The event, which will be broadcast live, is held every year for the past 22 years for developers who make their products for Mac, iPhone, iPad, and now Apple Watch. At each such event is announced or launched next “great product”, […]

iPhone 6s will get a display with a resolution of 1080p, iPhone 6s Plus – Quad HD

Expected in the autumn of iPhone 6s and iPhone 6s Plus can get the screens are higher resolution compared to current smartphones by Apple. This became known to the online edition of Feng from private sources. According to resource, the display resolution of the upcoming trends with a 4.7-inch screen will be 1920 x 1080 […]