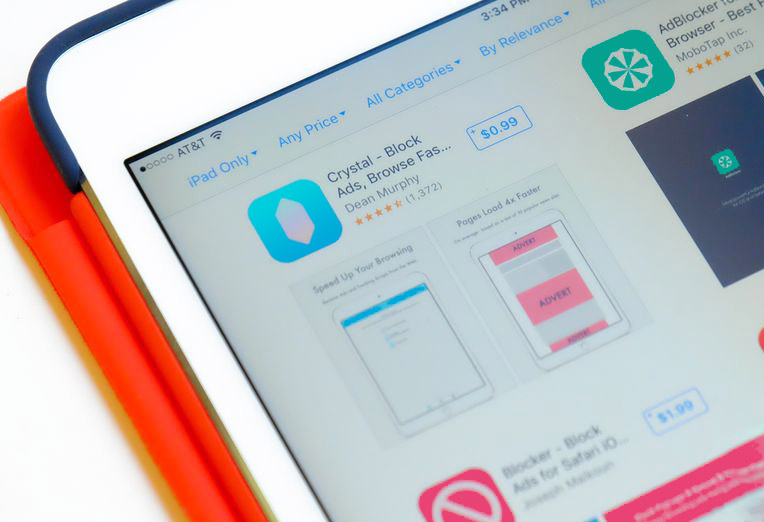 Murphy signed a contract with the company Eyeo, which offers another well-known blocker Adblock Pro. Under the terms of this agreement, many companies had the opportunity for a certain amount disable the blocker for advertising their products – even on the iPhone and iPad that use the Crystal. In other words the program will appear white list of advertisers, unobtrusive ads which will be ignored by filters.

The user pays a dollar for the ability to disable ads and large companies will be transferred to the same account money for something that in the end people could not comfortably use the Internet on your gadget. In whitelists AdBlock Plus has about 700 companies, and approximately 10% of them, including Google and Microsoft, pay to be in it.

In Eyeo hastened to reassure users that pass through the Crystal filter will only be acceptable and unobtrusive advertisements.

READ  iPhone 6 in India exploded in 3 days after purchase

Developer lock screen Convergance Matt Clark suggested that more effective from his point of view, a way of organizing multitasking on iOS. His new tweak Switch2 allows you to manage running tasks with the help of a special panel to switch applications. As you know, in iOS 9, Apple has revised the design of multitasking. […]

In the beginning, it became known that Microsoft is experiencing difficulties with the mobile version of Windows 10 for phones with 512MB of RAM. As it became known, on such devices platform capabilities had significantly curtail. A similar situation is observed for iOS – iPhone 4s, iPad mini, and iPod touch are deprived of some […]

Review of the best stabilizers for iPhone Zhiyun and Feiyu

YouTube is filled with trembling rollers, which is pretty much impossible to fix with the proposed service software stabilization, as most modern HD cameras equipped with a CMOS-sensor with progressive scan. Moreover, many devices are not endowed with high-quality stabilization, especially smartphones. Third-party manufacturers are offering iPhone owners the option of quality of stabilization when […]