Have been discussed that resolution of Full HD and Quad HD on the tiny screens of mobile devices redundant to the human eye. However, the manufacturers of smartphones several times a year continue to demonstrate progress in this direction. In the yard in 2015, the consumer increasingly difficult to surprise, but Sony did it. At IFA in Berlin, the company introduced the world’s first smartphone with 4K display. But this, of course, not about the Japanese manufacturer. Today we’ll talk about the upcoming iPhone 6s, which Apple simply has no right to strike in a dirt the person. And if so, then what we started talking about the race ppi modern gadgets? 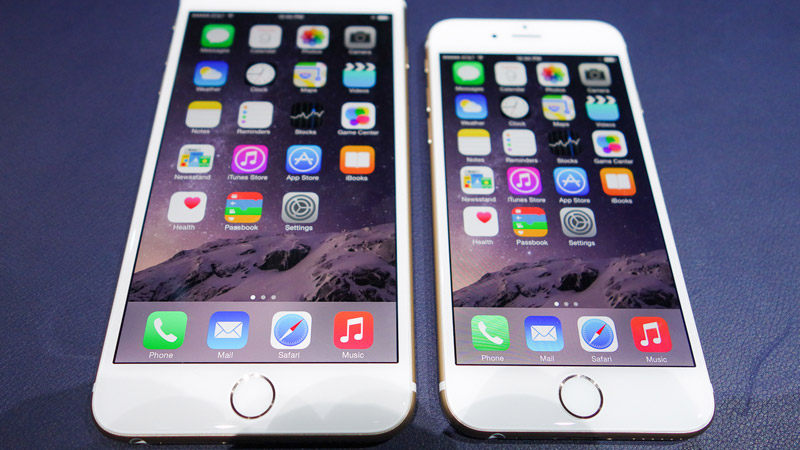 We offer you to recall the 2010-th year. It was then that the General public was presented the iPhone 4 and that’s when it all started… the sandwich of glass and metal that struck cutting edge design, in addition to its elegant design, one was a revolutionary innovation. Proudly pacing the stage, Steve jobs stated publicly that from now on, the density of pixels on the iPhone screen will be such that individual pixels are indistinguishable to the naked eye. What are we? Yes to what Apple started this notorious race, showing the world his invention called the Retina, which provided a 326 dpi. It was truly a breakthrough technology.

Few days left until the moment when the now Tim cook, not jobs, will provide us with new iPhone 6s and iPhone 6s Plus, which we did not know. Finding out the whole story about the improved camera with a resolution of 12 megapixels, the new A9 processor, module, Force Touch, we missed one important component. Resolution screens. Indeed, isn’t it time to “tweak” the display characteristics? If you believe the “spy” shots, which took possession of Chinese bloggers from the portal Weibo, the density of pixels per inch in iPhone 6s will increase to a record 488 ppi. iPhone 6s Plus, in turn, will “settle” 460 pixels. We assume this information is true. In this case, by simple mathematical calculations, we get a mind-boggling resolution 2000 x 1125 pixels in a 4.7-inch model and 2208 x 1242 pixels at 5.5-inch.

All were so fascinated by the Force Touch technology, which is the lack of online information about screen resolution “Asok” nobody paid attention.

Images published on the website Weibo are very similar to the ones that usually places the Apple on the official website. In this case, in addition to the camera 12 megapixels, the next generation processor, 2 GB of RAM and sensor recognition of the pressing force, we are still waiting and such a massive upgrade screens. And again, a reasonable question arises: is it necessary to have monstrous resolution on tiny screens of smartphones and tablets?

Brazilian expert in the field of information security Rafael Marquez of Salem created the world’s first sample of the computer malware that encrypts files on the Mac, reports Iksmedia. Encryption ransomware that locks infected PC and demanding payment for decryption of data that has become recently one of the most popular tools of cybercrime. But […]

What new products will show Apple at big spring presentation

In March of this year, Apple plans to hold an extraordinary event for the launch of new products. It is known that at the conference the company will show several new products, including smart watch Apple Watch the second generation and the iPhone 6c with a 4-inch screen. It is unlikely that Apple will hold […]