Apple has published fresh data on the distribution of versions of iOS. According to the company, the platform is iOS 8 now installed on 87% of devices, which is 1 percentage point more than a month ago. 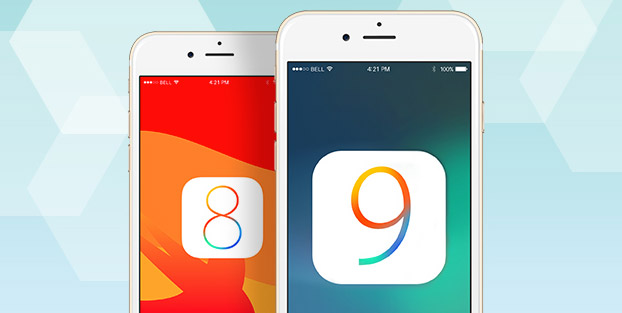 The relatively low prevalence of iOS 8 was marked last year by third-party observers, and later confirmed by Apple. It’s hard to say what factors affect the speed of propagation of the system. Many users noted the large amount of bugs in the first release. Others did not like the feature set. A frequent complaint is the size of the update requires approximately 5 GB of free space. This effect on the propagation velocity of the OS.

Important role in increasing the share of iOS 8 has played the iPhone 6 and iPhone 6 Plus, which came out simultaneously with the new platform. Accordingly, the more people who purchased “six”, the more grew the share operating system. According to the developers, in April on iOS 8 worked 80% of Apple mobile devices, now this figure rose to 87%. For iOS 7 at the moment is 12%, and an earlier version of iOS installed on 2% of iPhone, iPad and iPod touch. 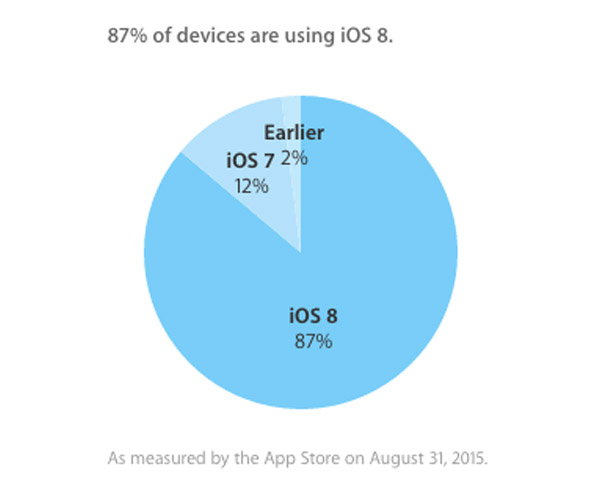 Analysts have pointed out that in recent propagation speed of the current version has slowed. Went the assumption that by the time of the release of iOS 9, the proportion of the previous release will reach 90%. But at the moment iOS 8, only closer to this indicator. “Nine” is due out in the next two or three weeks – the exact date Apple will announce on September 9.

Apple Watch owns a third of the market of “smart” hours in the U.S. and Europe

Sports bracelets was the most popular type of wearable electronics on the market, and among the “smart” watches still in the lead of the Apple Watch. This is evidenced by the report of the research company Kantar Worldpanel, studied the market of smart watches and fitness trackers USA and four European countries, including the UK, […]

Apple has posted on YouTube the presentation of the iPhone 6s, iPad Pro and the new Apple TV [video]

Two days after the special event dedicated to the announcement of the iPhone 6s and iPhone 6s Plus, iPad Pro and the new Apple TV, as well as the upcoming launch of iOS 9, the official broadcast was available on the YouTube channel Apple. Since then, Apple has regained its leadership position in the market […]

Why do people continue to buy Apple products?

Why iPhone became popular in an instant, and why Apple products are so magical effect on everyone who at least once in her life she used? By far, not only because of their functionality — we just obey the magic of style, a hallmark of which is minimalism. The eyes of a consumer falls into […]