Users of iPhone 6s celebrate the astounding speed device operation and high performance. There is nothing surprising in the fact that Apple is equipping its flagship products, whether smartphones or tablets, a powerful hardware-based solutions. The best of those at the moment is the CPU A9. SoC or system-on-chip A9 is a proprietary of Apple. 64-bit processor made by a 14 – or 16-nm process two contractors: Samsung and TSMC. To the credit of the engineers it should be noted that synthetic tests A9 assign the first place in performance. But it was not always, let’s remember how it all began.

Up to the year 2010 Apple was forced to use experience Samsung. But the release of such revolutionary devices as the iPad required a radically different approach. The result was released first own the Apple mobile microprocessor, integrated into a tablet computer. The A4 chip was working at 1 GHz and had a maximum power of 500-800 mW. It was founded on the architecture of ARM Cortex A8 and was produced on 45-nm process technology. As it turned out later, the decision of Steve jobs to release its own hardware platform was an important strategic step.

According to analyst Stephen Chaney, in spite of the success and strong position of Intel in this market, Apple was able to oust eminent electronics manufacturer. In the team’s success jobs, few believed, and Microsoft CEO Steve Ballmer openly mocked the original iPhone. Nevertheless, Apple’s management was committed to maintain their own processors.

In 2008, Apple company bought a small organization PA Semi for $278 million, is known for its energy-efficient development of systems-on-chip. In subsequent years, was also made several significant acquisitions, which eventually brought Apple into the market leader. 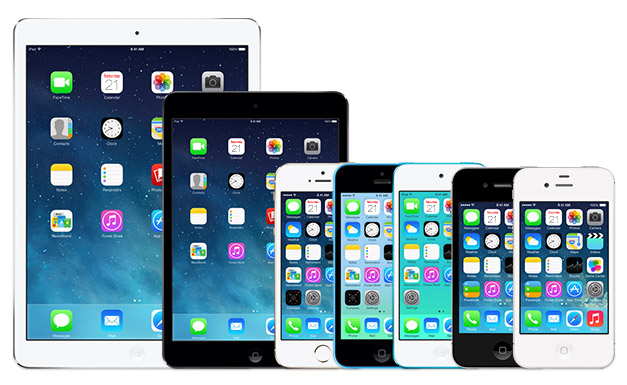 It is important to remember that the hardware of the iPhone and iPad is closely connected with the software. Mobile operating system iOS is not only able in the shortest possible time to win the market, but also to provide jobs for hundreds of thousands of programmers. Even competing companies make on customers Apple a lot more than on your own. Take, for example, such popular services as YouTube, Google Search, Google Maps, which bring the online giant multi-million dollar profits.

But the benefits of chip “a” series do not end. A huge role the user experience plays a software optimization. Competitors may purchase or license technology developed by Apple, along the way introducing them to their devices. However, the full functionality of Apple products can only provide program code that underpins iOS. It is for this reason implement 3D Touch for Android-powered devices in an existing iPhone 6s will be extremely difficult.

Apple continues to thrive, using the foresight of its founder and ideological inspirer. As you can see, a pedant and a staunch supporter of the Zen practitioner Steve jobs was a true visionary.

While some of the American public were waiting for dirt on the President of the United States Donald trump, wanting to reason for impeachment, became a real sensation of new publication on WikiLeaks. 7818 web pages, 943 of the application — this is the volume of the latest WikiLeaks revelations. And this is only the […]

Social network Facebook announced the international release of its new mobile app Moments. Program that allows you to share photos, publish them to social networks, is designed to solve the problem of sharing between users that do not want them to be in the public domain. Moments makes it possible to combine digital images into […]

Latest smartphone the iPhone 7 is still a little while who was holding, and jewelers have already made the product absolutely unique. To please fans of exclusive models of Apple smartphones, the company decided to Aurum Edition. Experts managed to surprise the impressive design of the iPhone 7 Plus. Exclusive iPhone 7 is covered with […]