In the new iOS 9 feature Continuity with new opportunities. Now users of iPhone, iPad and Mac can transfer calls within the same Wi-Fi network, but using a cellular connection. 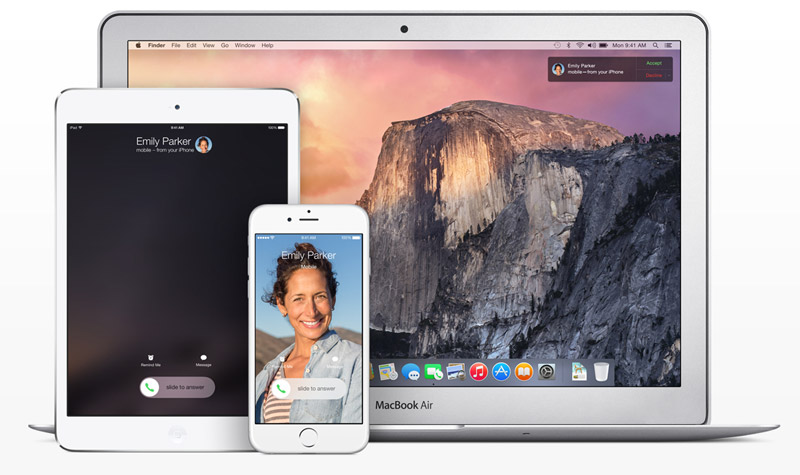 Collaborative features Continuity appeared on devices with the release of iOS 8 and OS X Yosemite. Users can answer incoming calls with iPhone or iPad, if both the smartphone and the tablet are connected to the same Apple ID. In addition, you can start typing an SMS or email on your iPad and finish on the iPhone.

In iOS 9 technology has several new features: if used for the transmission of phone calls from iPhone to other device required to be connected to the same Wi-Fi network, now supports Continuity and connection over the cellular network. The first partner Apple supporting this feature became a U.S. operator T-Mobile. The talk will be sent between iPhone, Mac and iPad, regardless of which wifi network you are connected.

Function Calls to other devices” can be useful in many situations — for example, a person who left home an iPhone out of the office to answer calls using iPad and Mac. 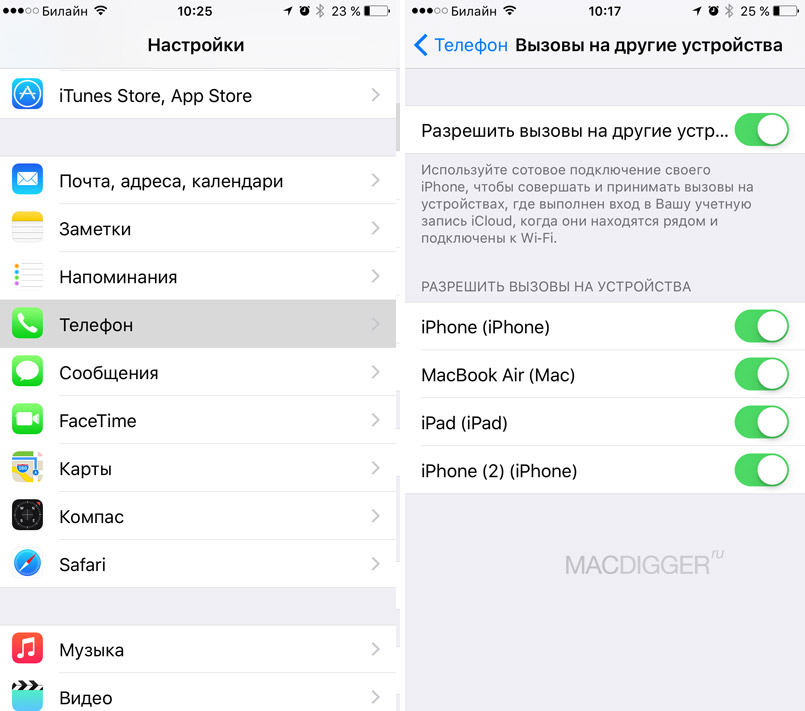 It should be noted that permission from the person no one will ever ask: incoming calls will be automatically displayed on the screens of all devices. Support Continuity claimed for the following models: iPhone 5 and above, iPad 4 and newer, and iPod touch fifth generation.

It is expected that the technology will soon begin to support other operators. At the moment Continuity over cellular is only available to owners of iOS 9 beta.

It became known that the service providers will block Telegram

Information Agency “Interfax” has learned that Russian Internet service providers will begin to block Telegram. Although the decision about blocking Telegram was made on Friday, April 13, to take any action there is something just a few days. According to the official procedure of blocking, the service owner needs to get some time to yourself […]

Samsung has released a promotional video of the smartphone Galaxy S6 edge, which made fun of iPhone owners. Owners of Apple phones have all the time to be distracted by the device to check messages while users Korean gadget can use the curved display. Flat screen, according to Samsung, leads to the emergence of smartphone-based. […]

“Apple is not always first, but always the best”: Tim cook responded to criticism on the lack of innovation

Apple CEO Tim cook in an interview with Bloomberg responded to criticism of the company in the absence of innovative products. According to him, Apple is seeking to be not the first but the best. In early June the company announced a “smart” column with the HomePod, which will go on sale in December at […]