Thanks to the benchmarks we can see that the iPhone 6s with dual-core processor Apple A9 is the fastest device in the line. In tests it significantly faster than its predecessor iPhone 6. But how to show himself a smartphone compared to the upcoming flagship smartphone Samsung Galaxy Note 7. 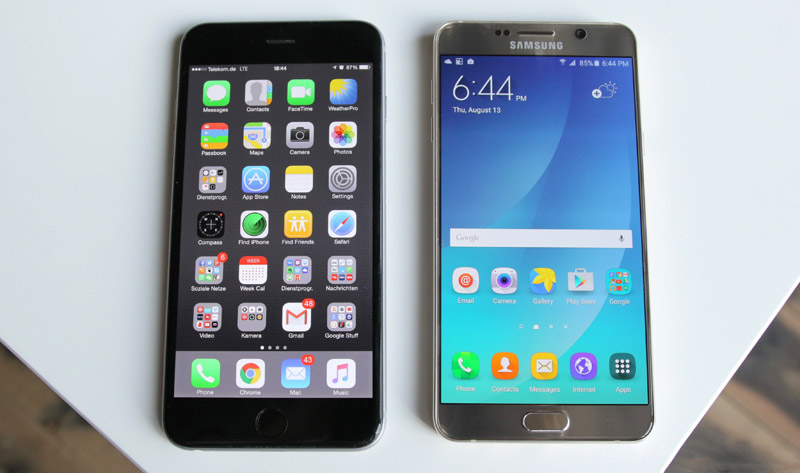 In the network appeared the picture, which lit up a Galaxy Note 7 and all the current flagships and Galaxy S7 Galaxy S7 Edge, as well as their exclusive modifications for the markets of Korea, Japan and Hong Kong. The smartphone display shows the results of running the benchmark Geekbench. 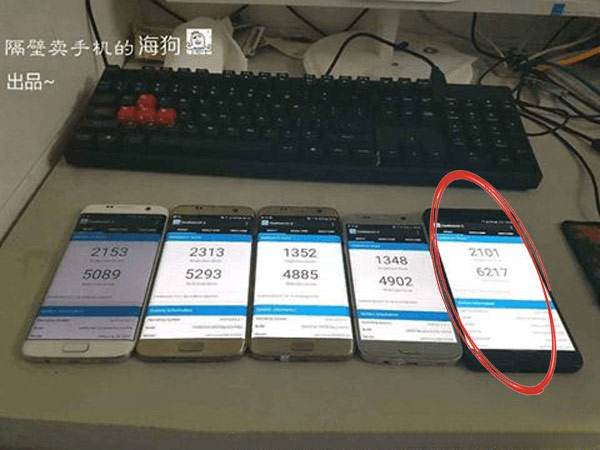 Samsung Galaxy Note 7 (far right) demonstrates the result into 2101 points in single-core testing mode and 6217 points in multicore. Thus, the new iPhone 6s is inferior to Samsung in single core test mode. The result of the Apple – 2559 points. When testing in the use of all the cores of the iPhone 6s is gaining 4470 points. 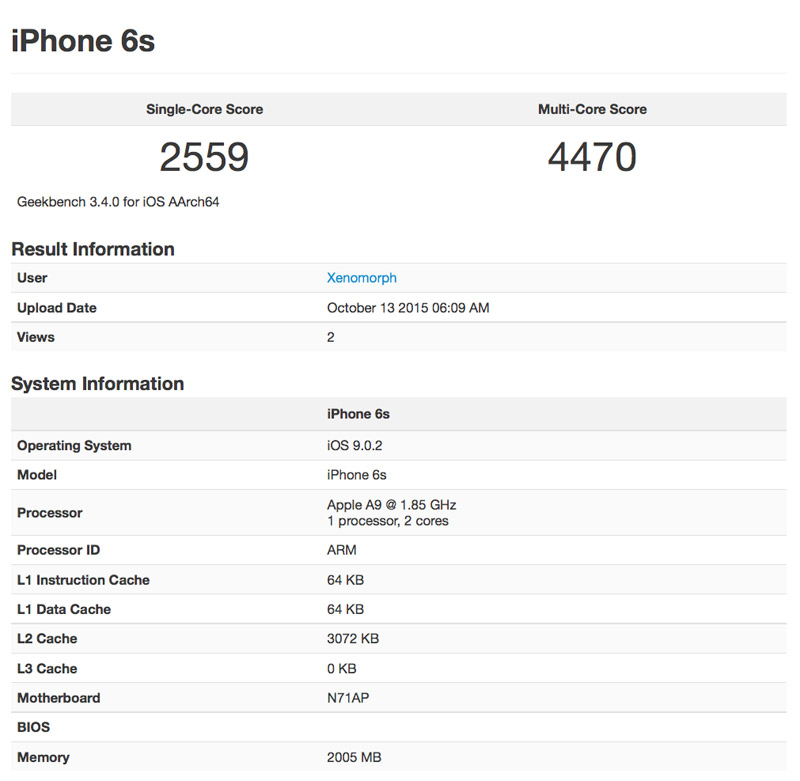 According to rumors, Apple is going to increase the number of processor cores in the Apple A10 to six. At least, such information is held by the Chinese sources. This step will allow Apple to increase the CPU performance in multi-threaded tasks.

Second AnTuTu benchmark to test the overall performance of mobile devices, not less interesting. And here the new South Korean flagship lost to the iPhone 6s. The result of last year’s flagship Apple – 133 781 score against 130 692 points the Galaxy Note 7. 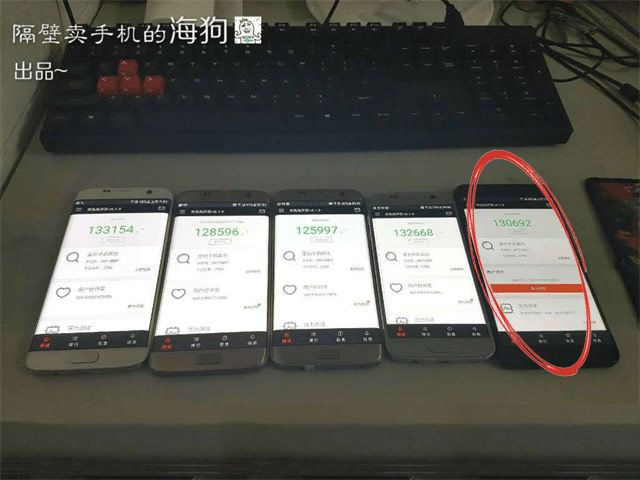 Source published a picture, does not specify what processor is installed in the tested sample Samsung Galaxy Note 7 – proprietary Exynos or Snapdragon 821 8893. The official presentation of the Korean news, we will remind, on August 2nd.

Read also:   Video of the day: Apple in the new ad claims that the iPad Pro could replace the computer

With iOS 9.3.3 beta 4 became available for download a new beta version of OS X 10.11.6 El Capitan. The fourth test release corrects the earlier errors are detected and increases the overall performance of Mac. 10.11.6 OS X beta 4 was released a week after the previous version. Developers can install the update through […]

Apple will show a film about ed Şiran

Apple acquired the rights to the new documentary Songwriter, which tells about the life and career of singer ed Sheeran, according to Deadline. According to Deadline, Apple paid several million dollars for world rights, but the exact figure is unknown. It is reported that Apple is planning to show the film in cinemas and on […]

Analysts: iPhone 7 might fail in sales because of the decision of Apple not to change the design of smartphones

The recent drop in iPhone shipments, which took place this year for the first time since the launch of the first smartphone, worried Wall Street investors. The head of analytical Agency Stuart Frankel Steve Grasso said that Apple is waiting for the deterioration, despite a temporary rise in the stock after the announcement of third […]