HTC has seriously suffered after the failure of the market its flagship smartphone One M9. This writes Bloomberg. 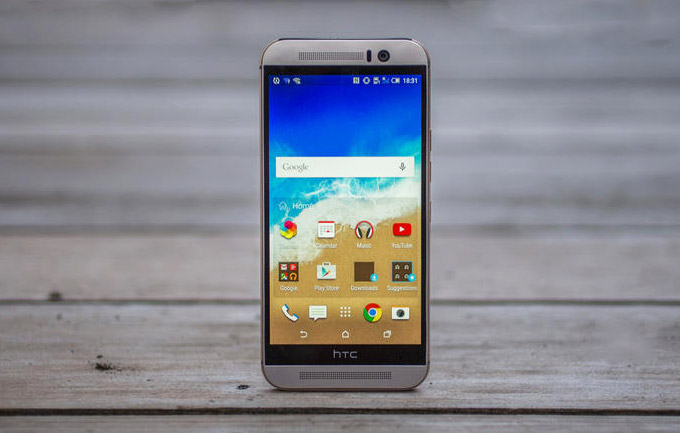 In the global war of smartphone manufacturers, brand power is usually measured by its market share, revenues, profits and other indicators. But there is another indicator, which is not visible at first sight, and to hide. This rate is the ratio of stocks of finished products, which rolled off the Assembly line, but was not on the shelves and in the warehouse, where it can lie dormant for an unknown amount of time. These data can often give experts the opportunity to evaluate the status of the company from the inside, writes Therussiantimes.

The last company whose phones started to pile up in warehouses and on store shelves, is HTC. Shares of the Taiwanese manufacturer of mobile products fell to the lowest point in the last decade after this news became public knowledge. Finished goods inventories of the company HTC has risen to a record high level of 2.35% of total assets at the end of last quarter. During the heyday of the company, this number rarely exceeded 1%.

“The growth in finished goods stocks may be a sign that the latest smartphone high class HTC M9, not sold as expected. The phone has received very negative reviews from critics and is unable to confront some very competitive multi-functional phones on the market, such as iPhone 6, 6 Plus and Samsung S6,” said John Butler, an analyst with Bloomberg.

Stocks of unsold goods in warehouses in the field of consumer electronics is a very negative phenomenon. Once the smartphone is assembled and leaves the production line, the clock starts its countdown. In our age of high pace of technology development consumer devices become obsolete very quickly, which makes their chances of a sale after the release of the next generations of models is extremely low with each passing day.

In his time with the same problem encountered Steve jobs, when he returned to Apple in 1997. He then admitted that the company was on the verge of bankruptcy, as the stocks of finished products rose to 7.7% of total assets. A year later, in June 1998, this number had fallen to 1.7%, and in the next few years to 0.9%.

Media: Samsung Galaxy S8 will get a 4K display, 30-megapixel camera and the new Exynos chip 8895

Despite the fact that before the presentation of the Samsung Galaxy S8 is still a lot of time, informants continue to publish new information about the capabilities of the new flagship of the South Korean giant. According to insiders, the Galaxy S8 will get a 5.2-inch display with 4K resolution of 4096 x 2160 pixels, […]

More than 180,000 iPhone users who installed the iOS update 9.2.1, left without their smartphones. Such statistics leads the newspaper The Guardian, according to which the phones stopped working after gadgets repair in unauthorized service centers. As mentioned earlier MacDigger, devices that have been repaired in the informal services that do not authenticate the originality […]

In Russia started official sales of pre-ordering the top-end smartphone LG G5 se. Resellers offer pre-order LG G5 SE at a price of 50 000 rubles. The same number of MTS is a smartphone iPhone 6s. Other large retail chains sell the “Apple” of the device a little more expensive – for 52-54 thousand rubles. […]