Presenting new products, Apple has carefully avoided technical aspects of the demonstrated devices. So it was yesterday at the event in Cupertino during the announcement of the iPhone SE. Apple only said that the device has a 4-inch screen and efficient processor Apple A9, but on the amount of operational information was hushed up. According to the results of AnTuTu benchmark, the new 4-inch handset will have 2 GB of RAM as the flagship models of the iPhone 6s and iPhone 6s Plus. 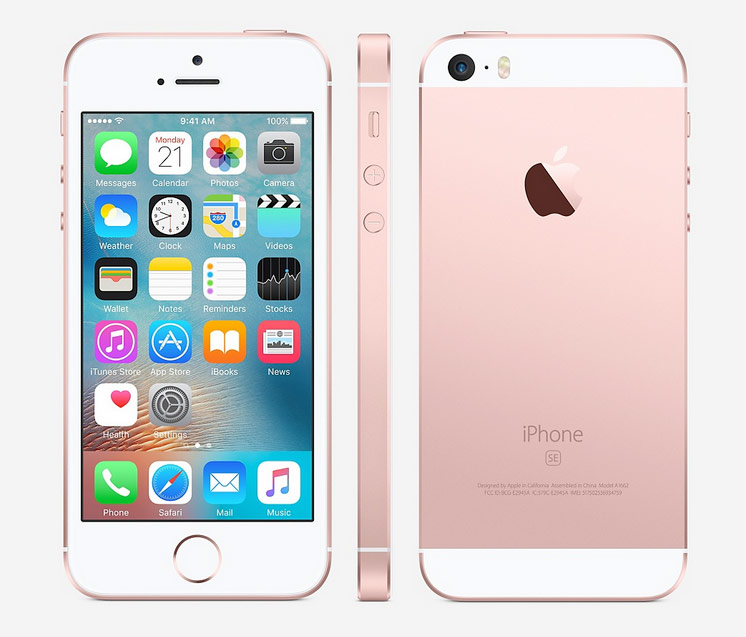 Last year, Apple decided to increase compared with previous models, the amount of RAM in the iPhone 6s and iPhone 6s Plus to 2 GB. The iPhone 6 and 6 Plus the amount of RAM is 1 GB. Judging by the benchmarks, “the most powerful 4-inch smartphone” Apple also has 2 GB of RAM. In AnTuTu, the model was shown in the result 134 of 358 points.

The first iPhone only had 128 MB of RAM. This figure was doubled the iPhone 3GS and re-doubled on the iPhone 4. Model iPhone 5, which debuted in 2012, was the first who received the 1 GB of RAM. This figure has not changed in the following versions of iPhone 5s, 6 and 6 Plus. 2 GB of RAM – a really important feature for iPhone SE, what allowed to see the recent comparison tests. 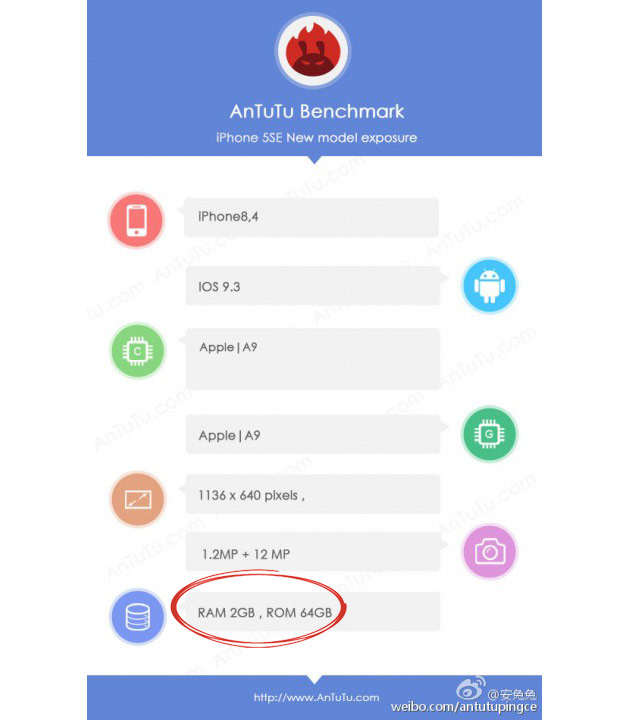 If downloading on an iPhone with a dozen of tabs in your browser, then try to go back to the first page, it is on smartphones with 1 GB RAM and less each site will be loaded as new, while on models with 2 GB of pages will open instantly, as they will be in RAM. The same applies to multitasking: on the iPhone SE with 2 GB of RAM is already running it will open instantly.

Read also:   The vulnerability of 3 million Android smartphones allows you to gain full control over devices 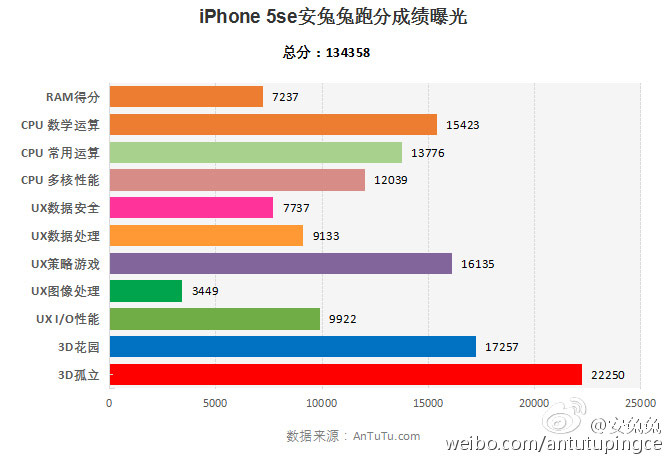 Note that SE iPhone looks virtually indistinguishable from the iPhone 5s, a new modification gives only the inscription “SE” on the body and the color “rose gold”. Based on Apple’s A9 processor, 12-megapixel camera with Live Photos and video recording in 4K resolution. It is also noted the fingerprint scanner Touch ID-enabled Apple Pay service, more capacious battery.

Why Microsoft is losing to Apple

After Microsoft main competitor, Apple showed the world its new flagship smartphone, the tablet and the “most powerful laptop in the world”. But the bombs, which would help the company to expand the boundaries of their possessions, i.e. market share, among analysts just couldn’t see it. The Microsoft presentation was the finale in the autumn […]

iPhone next year will become the fastest smartphone in the history

Company TSMC has barely begun to mass production of 10-nm semiconductor products, but it is going to bring to pilot production of 7-nm process technology. This means that the Apple smartphone next year – the iPhone 8s will be able to offer users an unsurpassed computing power. According to experts, the characteristics of 7-nm semiconductor […]

Apple has faced serious problems related to the release of the iPhone 8. According close to the company sources, the Corporation had problems with the technology to identify users and wireless charging in the new model of the smartphone. As the resource the Investor, at the moment Apple wants to speed up production of the […]