Microsoft will release its new operating system Windows 10 in July 2015. Information on the timing of release published author Twitter account WZor, known for his leaks about new products of the Corporation. Date not specified, but most likely it will be the end of the month. In April, President and CEO of Advanced Micro Device (AMD) Lisa su said that the new operating system of Microsoft will debut in July. Official Microsoft did not confirm this. As indicated by the source, as one of the proposed dates is July 29, but the work on finalization code should be complete by the end of June.

On application by the software giant, Windows 10 will be available in a wide range of users this summer. Owners of devices with Windows 7, Windows 8.1 and Windows Phone 8.1 will be able to get a free upgrade to the full version of Windows 10 Home, Windows 10 Mobile and Windows 10 Pro. 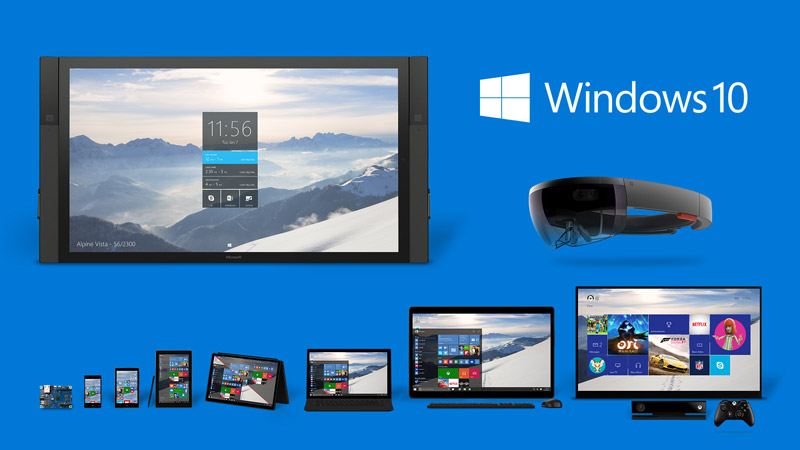 It is known that in the final release of “ten” the developers will not be able to implement their ideas: for example, support for extensions in the browser Edge is added only towards the end of the year. Other major changes and additions will be implemented in the update, codenamed Redstone, scheduled for 2016. Microsoft has already stated that all updates that are designed to extend the functionality of Windows 10 and to keep it up to date will be for users absolutely free.

Today, Microsoft released build Windows 10 Redstone 4 number 17004 for the program participant to Skip Ahead (participants receive Windows updates earlier than normal users). It is reported MSPoweruser. The update fixed bugs, improved the Microsoft Edge and added a nice hover effect on the items in the list of apps in “start menu”. Full […]

In September 2016, Apple has begun testing a new technology for collecting user data, and now are introducing it in their new products. Reported by analysts LeapYear Technologies. Technology solves the pressing problem: to obtain data about the users, not spying on them. To blur personal data, the technology adds the analyzed data to the […]

Concept: redesign of the iTunes interface

Artist Todor Rusanov shared the concept of redesign of the iTunes application. A new version of the media player with a more user-friendly interface, he posted on his page on the Medium. iTunes is an important part of the Apple ecosystem. The program allows the listener to create a library of music, movies and TV […]