Bloggers from the project TheFineBros has released a new video in the format of “children’s Reactions”. In the video children are introduced to the first iPod, released in 2001, and offered to share their thoughts. 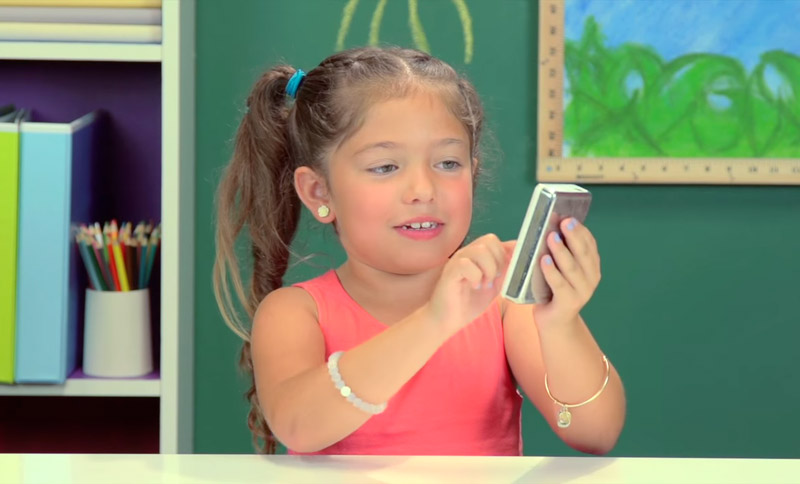 Usually in this video the presenter demonstrates the heroes of any outdated technology and discusses it with them. In the past, the participants were asked to include and work with the Apple II. In the latest release of the creators of the show invited the children to discuss the original iPod.

Children are given the player and offered to turn the music. Many could not deal with the Click wheel, and when they got it, wondered why no music. Then the presenter explained that the first iPod was not the speakers. Children surprised a black and white image on the screen and no touch screen. First they tried to switch songs, poking at the iPod screen.

The children agreed on the opinion that “it is a gadget from the past century.” And when they said he was worth $ 400, then wondered: “400 bucks to listen to music?”, – protested the girl. “IPhone is more expensive, I wouldn’t buy this thing,” he agreed with her, another participant of the experiment.

Further in the video you can see the kids ‘ reaction to the first iPod:

Read also:   What would you change Apple Music?

On Monday, Apple unveiled new 10.5-inch iPad Pro. Almost immediately, the company Logitech has announced a brand case with keyboard Slim Combo designed for the new generation of tablets on iOS. According to the manufacturer, Slim Combo suitable for the four scenarios of using the iPad Pro: reading, watching, content, typing, and chatting in FaceTime. […]

Debuting this week is the fourth beta version of iOS 9 received a special mechanism that allows you to block pop-up messages on websites. Function called to deal with web resources scams. Previously, experts F-Secure told about a new new form of fraud – failure messages in iOS when criminals posing as operators technical support. […]