Developer Nick Lee launched on a smart watch Apple Watch operating system Mac OS 7.5.5. In his microblog, he posted a picture of the device and published a short video of the process. 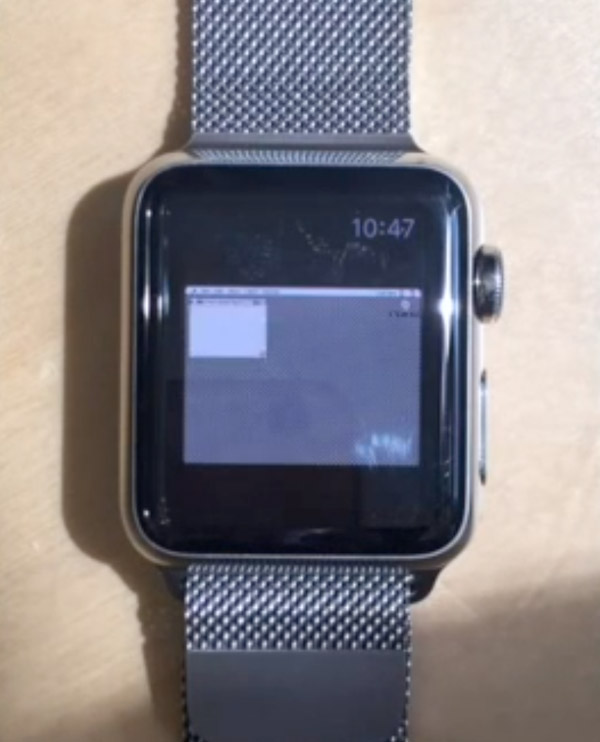 One of the innovations of the new platform watchOS 2 is to support native apps. Because of this, developers can create apps that run directly on a smart watch, and not in a linked iPhone. However, it became clear that the developers are limited to using only interfaces WatchKit for Apple Watch, they can’t use more advanced frameworks available for iPhone apps, like UIKit, SpriteKit and SceneKit.

However, the developer Nick Lee managed to work around this limitation. By certain manipulations, he set simulator Mini vMac Macintosh and launched on the Apple Watch operating system Mac OS 7.5.5.

Mac OS 7.5.5 was introduced in 1996 and was a response a response from Apple on the legendary Windows 95. It has been significantly modified the graphics capabilities of the system: pseudoroegneria Windows and other functional elements of the interface are equally visible at screen resolution from 640 x 480 to 1600 x 1200 pixels), support of multimedia, the help system Mac OS acquired the features of interactivity. The OS was installed on the computers Power Macintosh 5500.

I must say that unlike the Apple Watch, on the computers, this operating system was used as intended, while the Apple Watch was launched only for demonstration purposes.

The world’s smallest touchscreen phone was estimated at $ 30

The company Vphone presented “the world’s smallest touchscreen phone”. A device called the Vphone S8 has dimensions of 46.7×37,3×9.9 mm and weighs just 30 g. A cursory look at Vphone S8 may seem that this is the smart watch without strap. However, this producer has tried to stand out against competitors inventing their offspring pretty […]

While music services Apple Music and Spotify are similar in many respects, the curation of music flow in Apple service distinguishes it from a Swedish competitor. Speaking about personalized collections in Apple Music, legendary music producer Jimmy Iovin stated that in Cupertino are working on that the best minds. “We hired the best people we […]

In the Urals ex-official will pay for the iPad over 1.5 million rubles

So iPad is not worth never. The former head Achitskogo GORODSKOGO OKRUGA (Sverdlovsk oblast), Vyacheslav Kosogorov will pay for it by 1 690 000 rubles. The official received a tablet computer, the Apple as a bribe. As have informed in a press-service of Sverdlovsk regional Prosecutor’s office, the former head Achitskogo GORODSKOGO OKRUGA got an […]