Not so long ago we talked about the concept of Apple TV fourth generation with touch remote control, created by the talented designer Andrew Ambrosino. Now my view on the new Apple set-top box offered equally talented Martin Hájek. On its website, the designer has laid out the concept of the console and a game controller Apple. 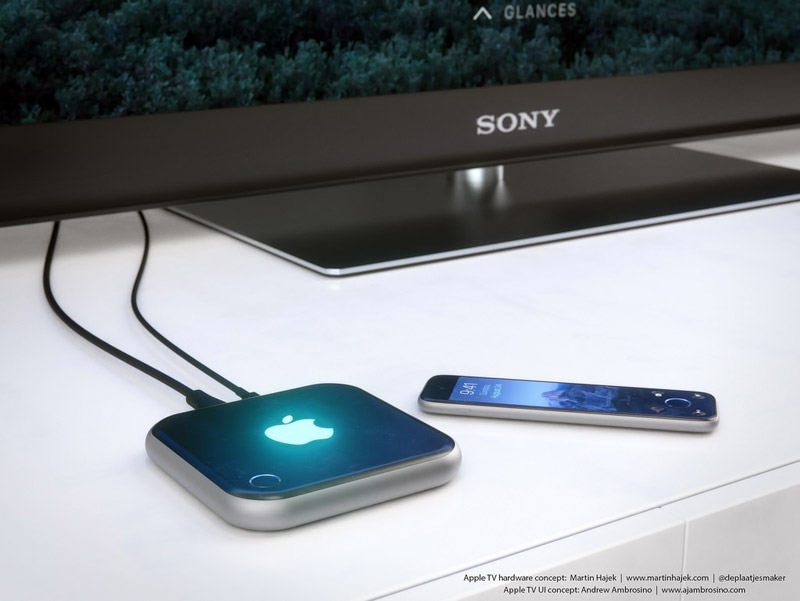 It is believed that its structure and marketing positions with Apple TV 4 will be a continuation of the current model, however, the novelty will be a more functional device. In particular, the set-top box will get a built-in TV tuner and game functionality. As a result, the gadget can turn into a likeness of a gaming console and will have its own application store, third-party developers will be able to fill a variety of games.

According to the author of the concept, the Apple TV 4 will be made in the style of the iPhone 6. The gadget’s built-in camera and glowing logo on the case. Hájek implies a remote controller for a new Apple TV with a display that will provide easy navigation. Dragging your finger across the surface, the user can run applications and easily manage the objects on the TV screen.

On the reverse side of the controller buttons X, Y, A, B, and the gaming joystick. The controller, according to the designer, focused on casual projects. 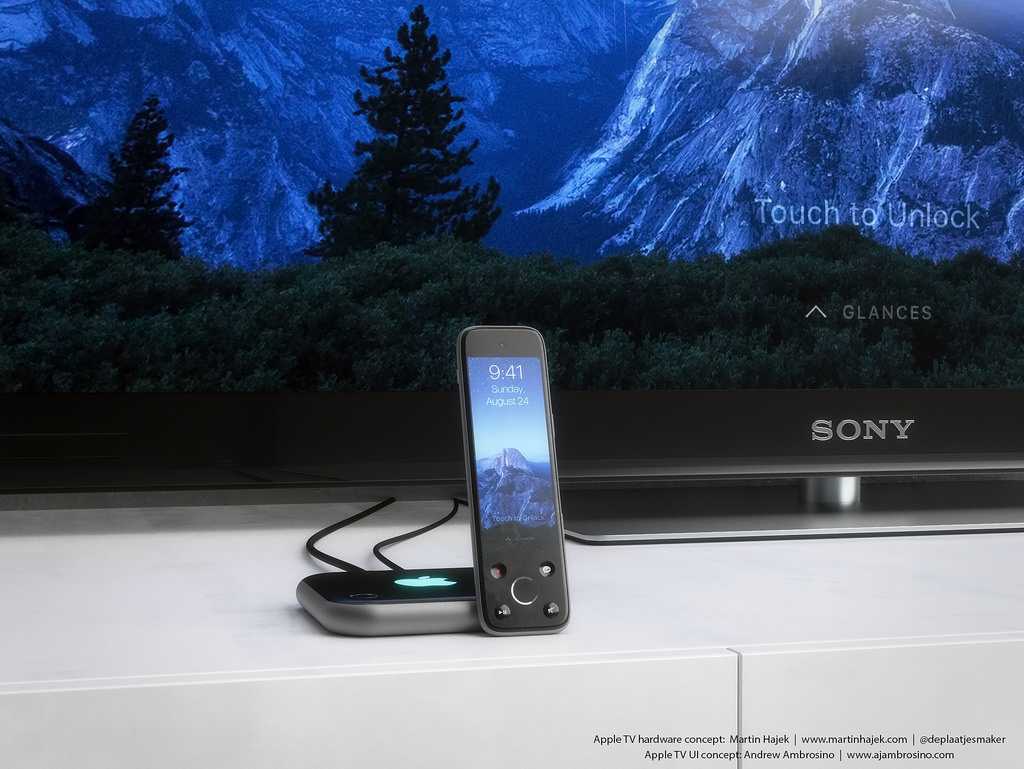 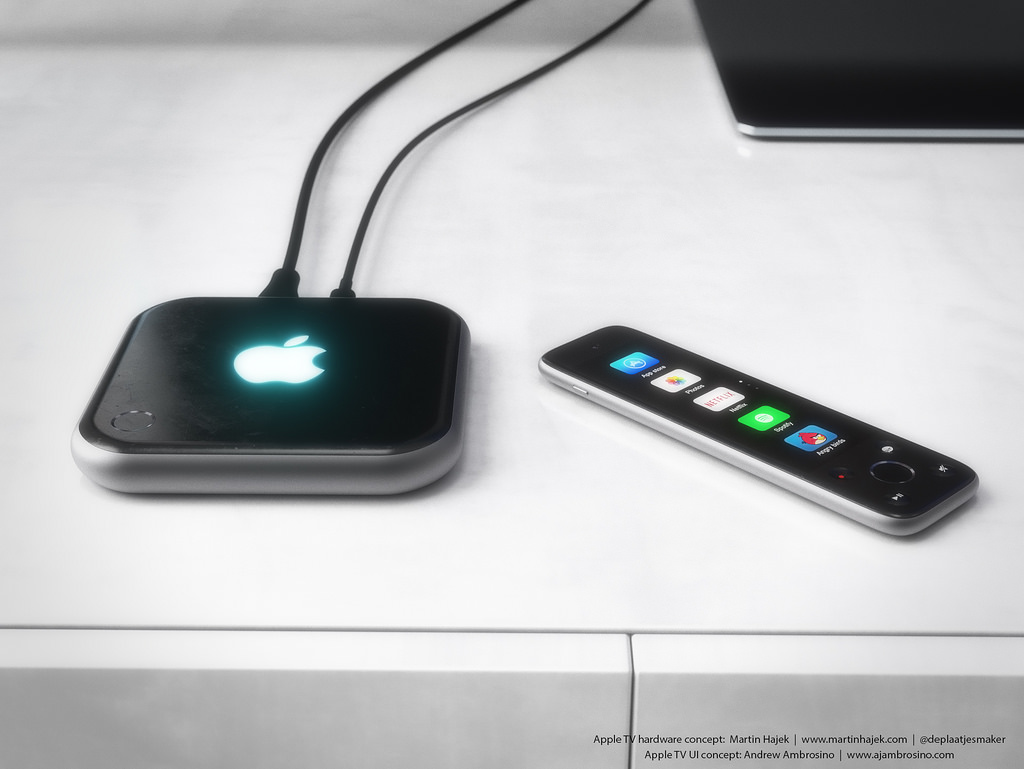 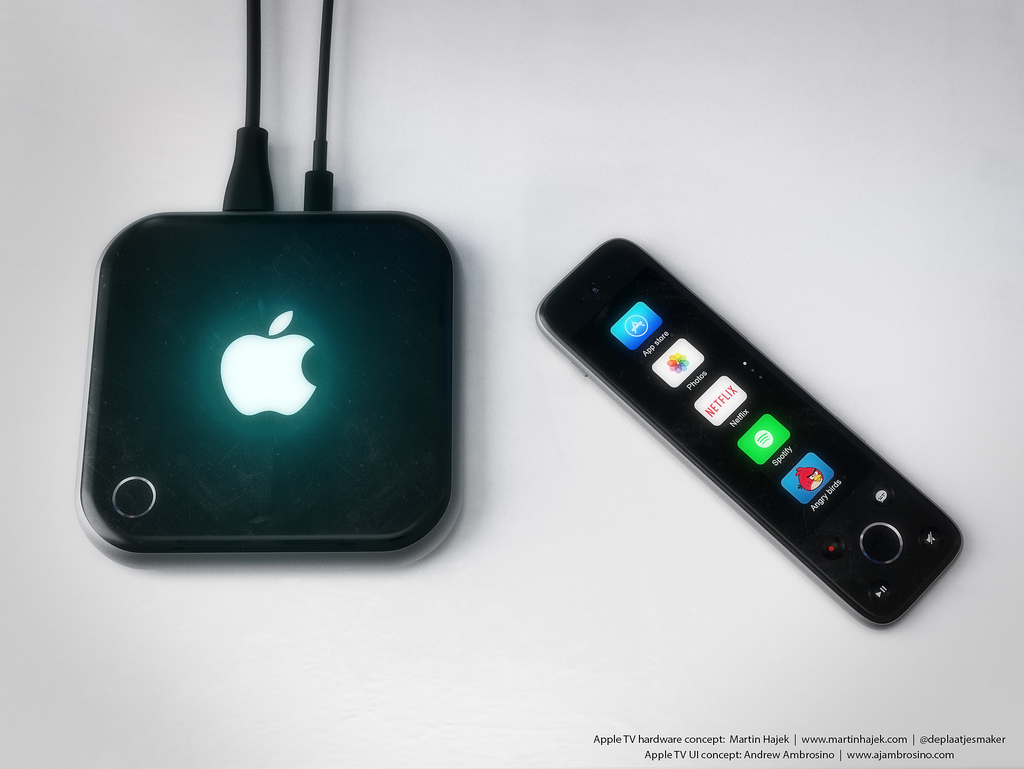 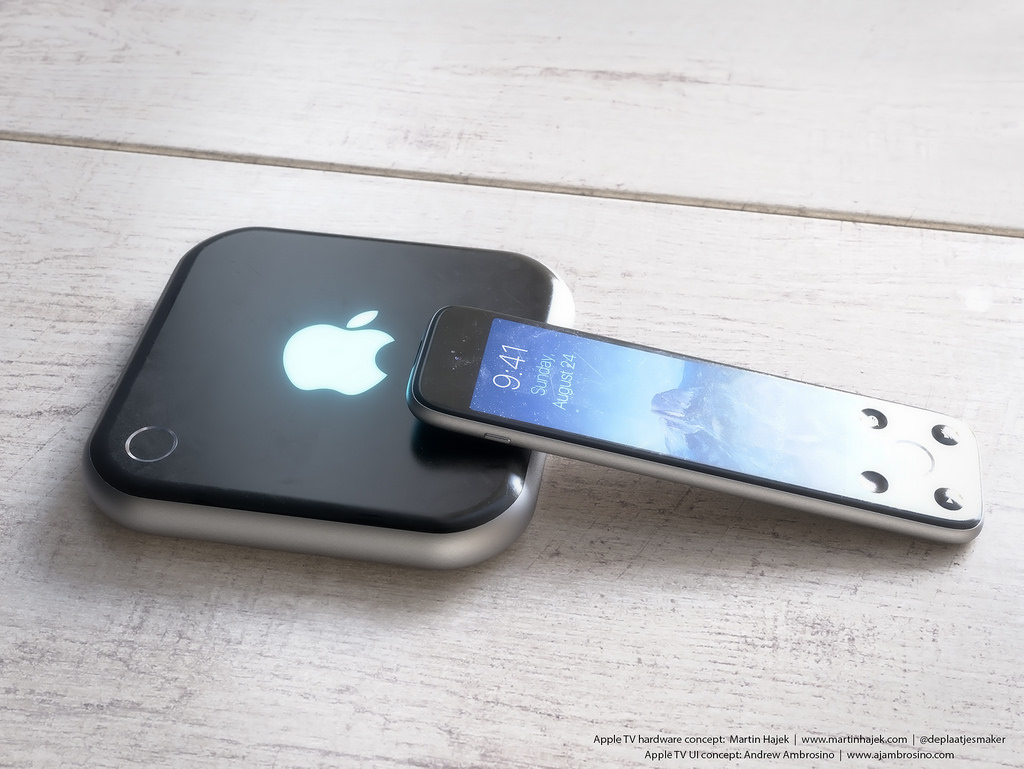 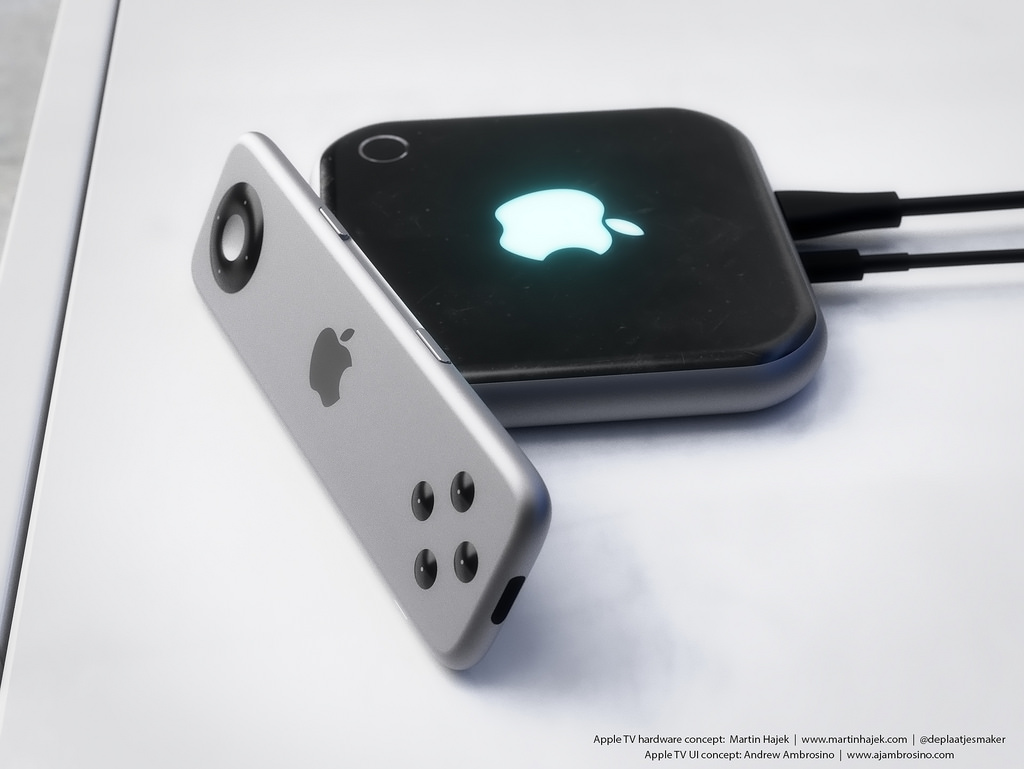 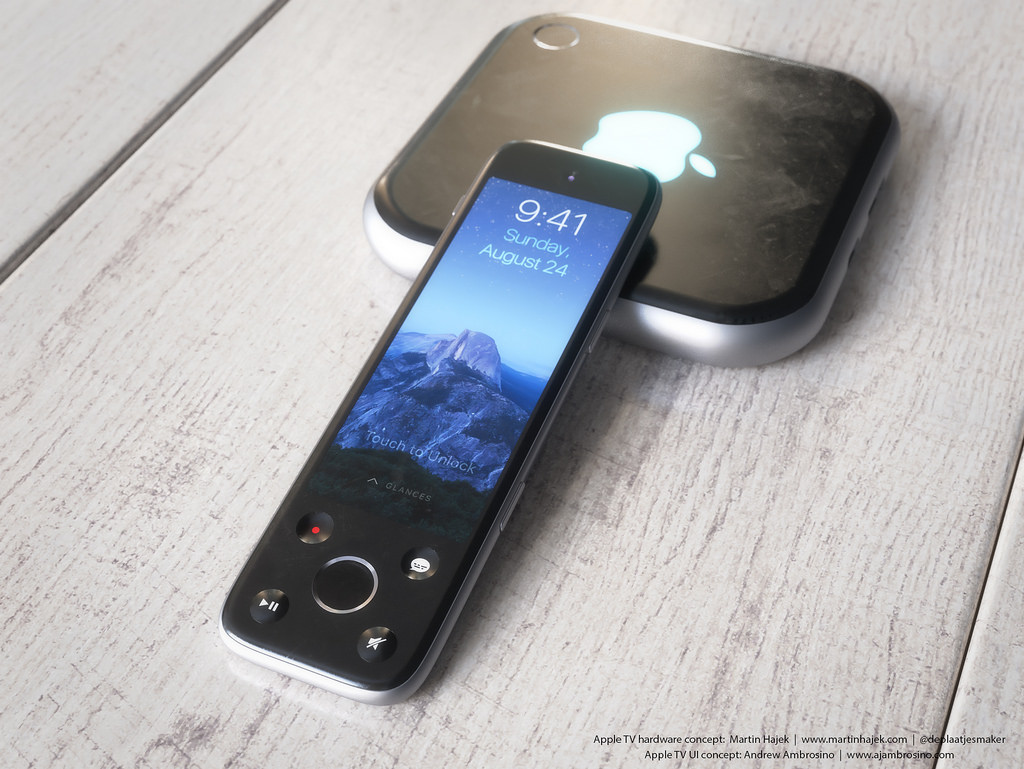 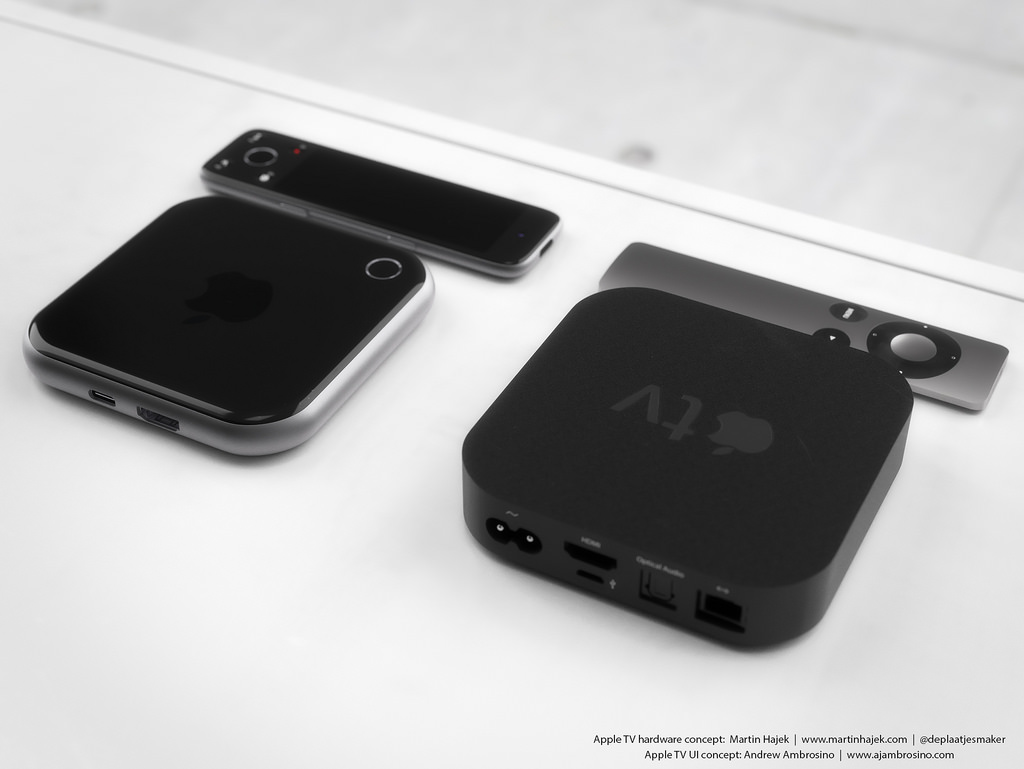 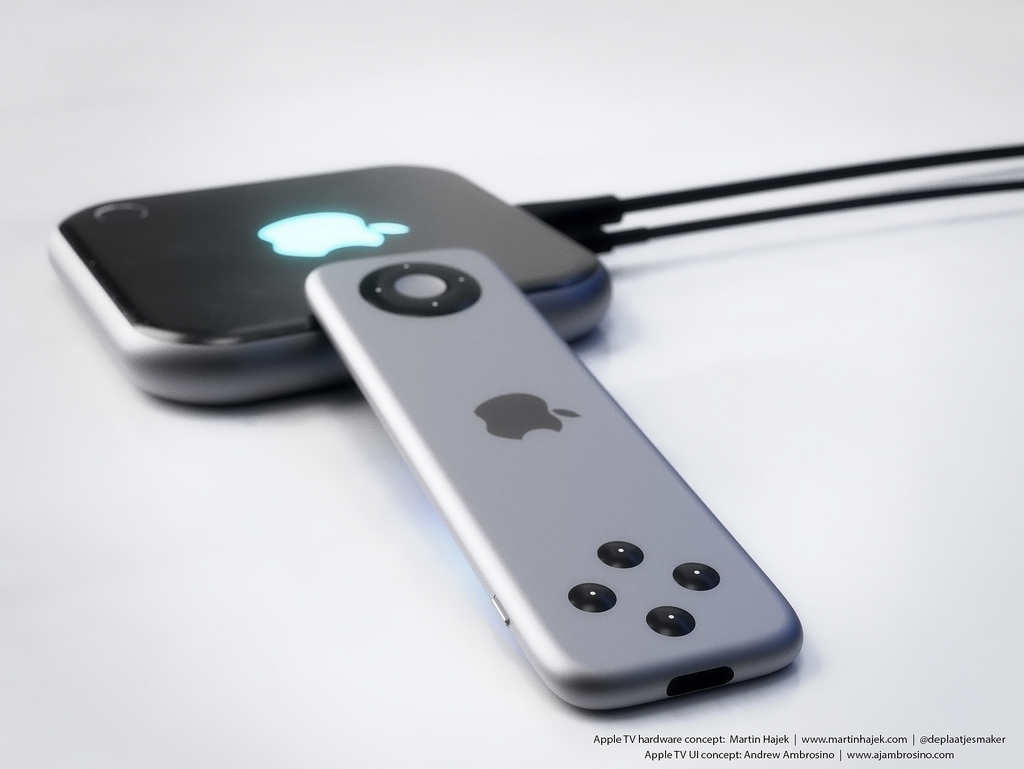 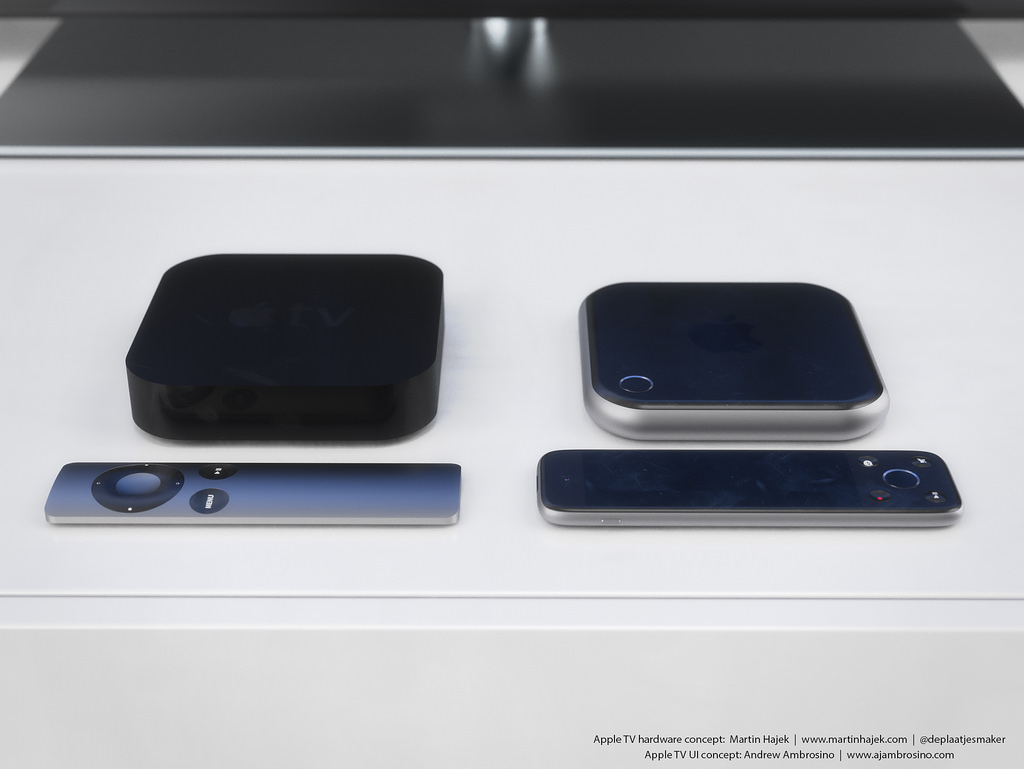 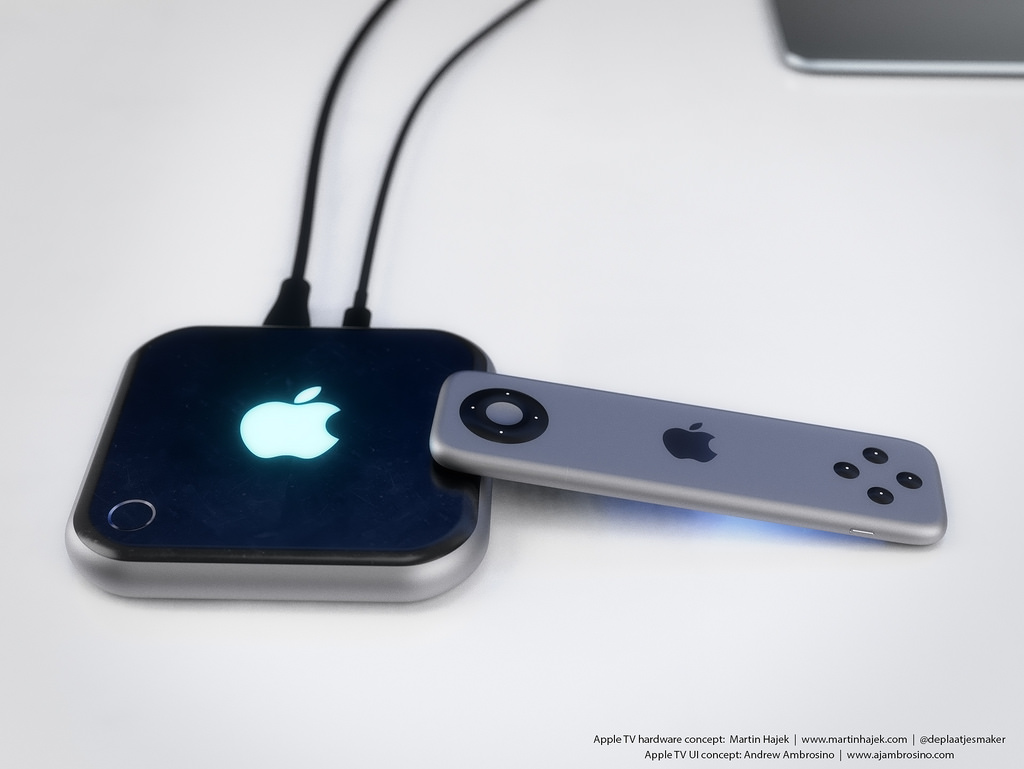 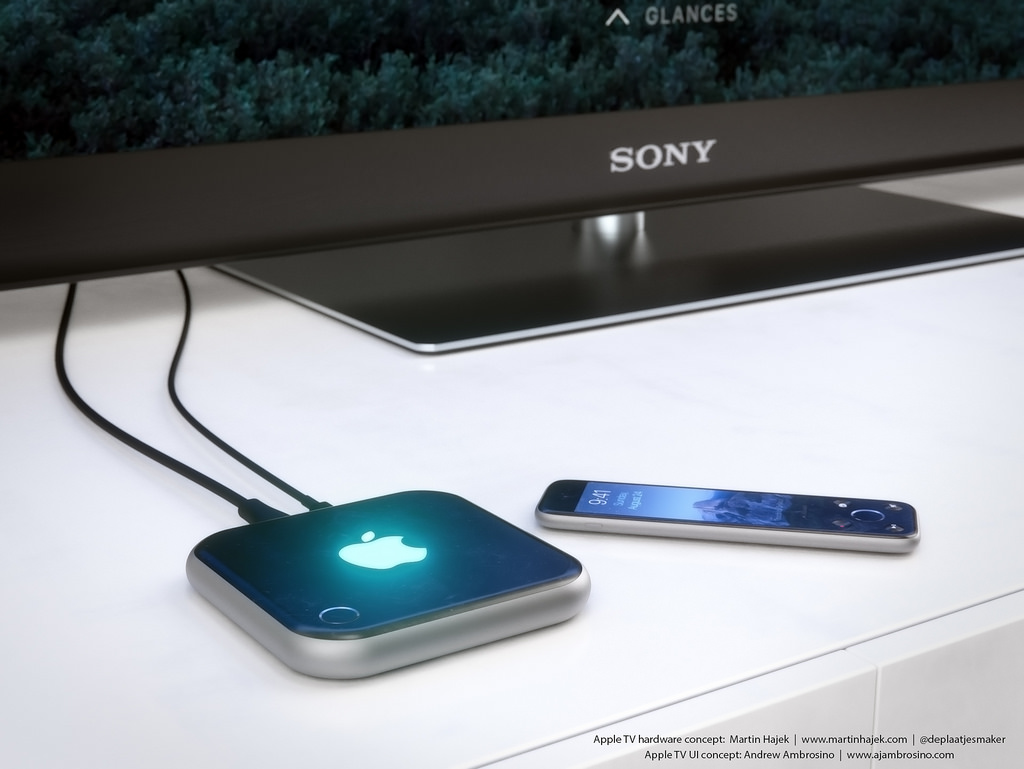 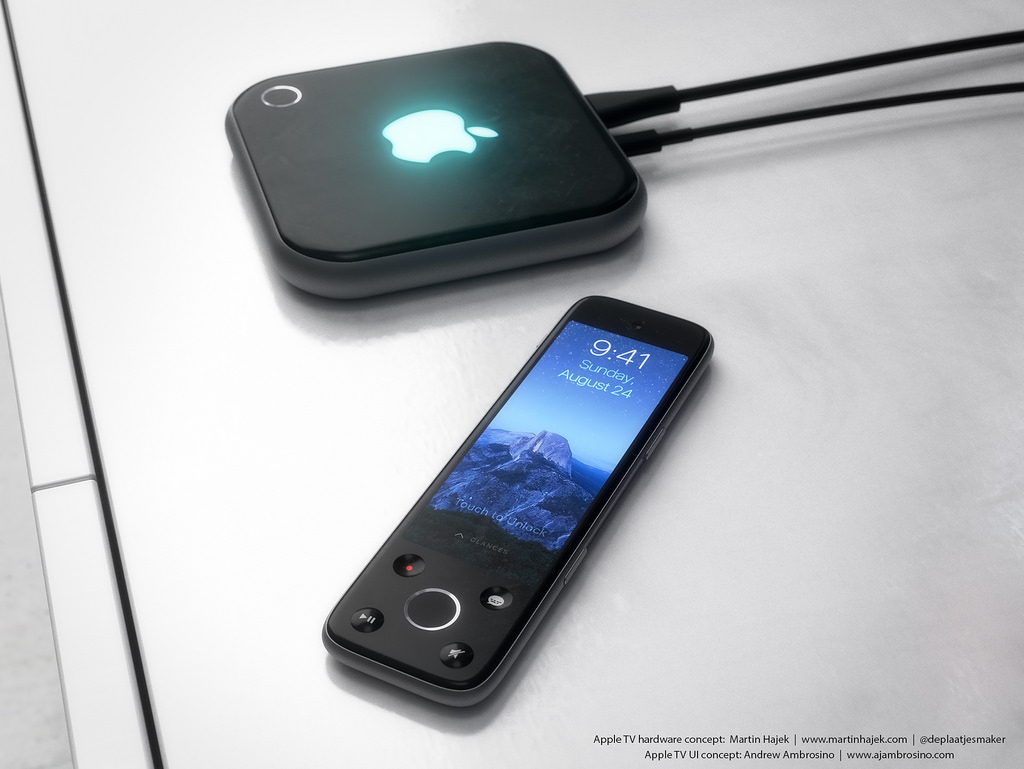 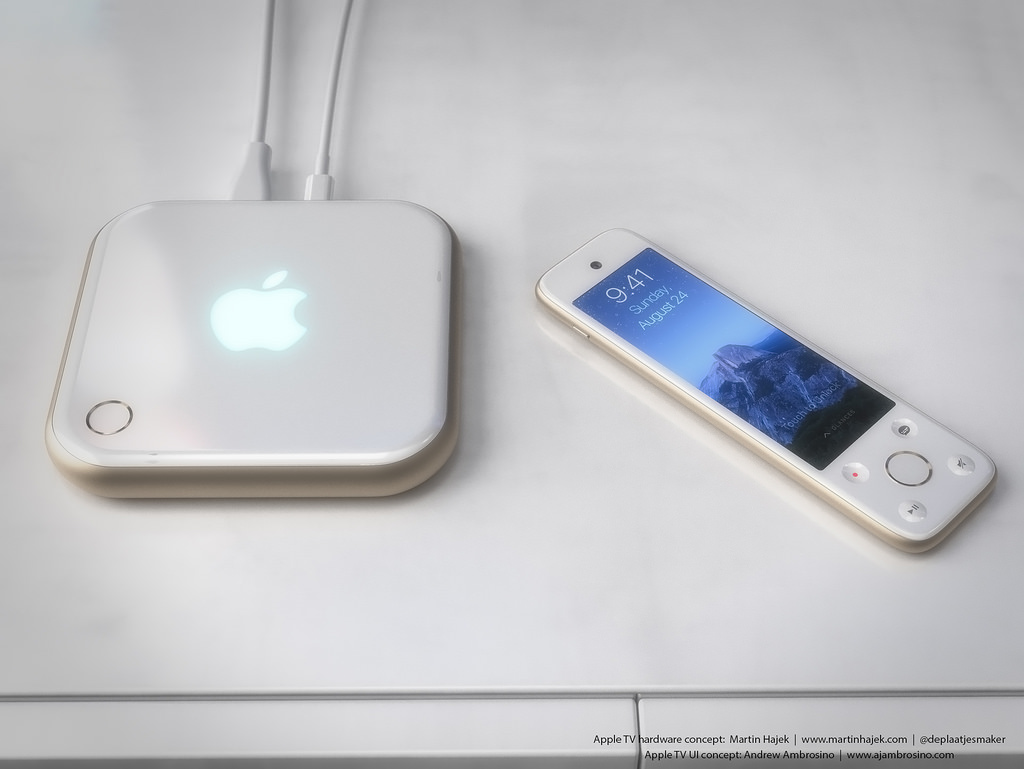 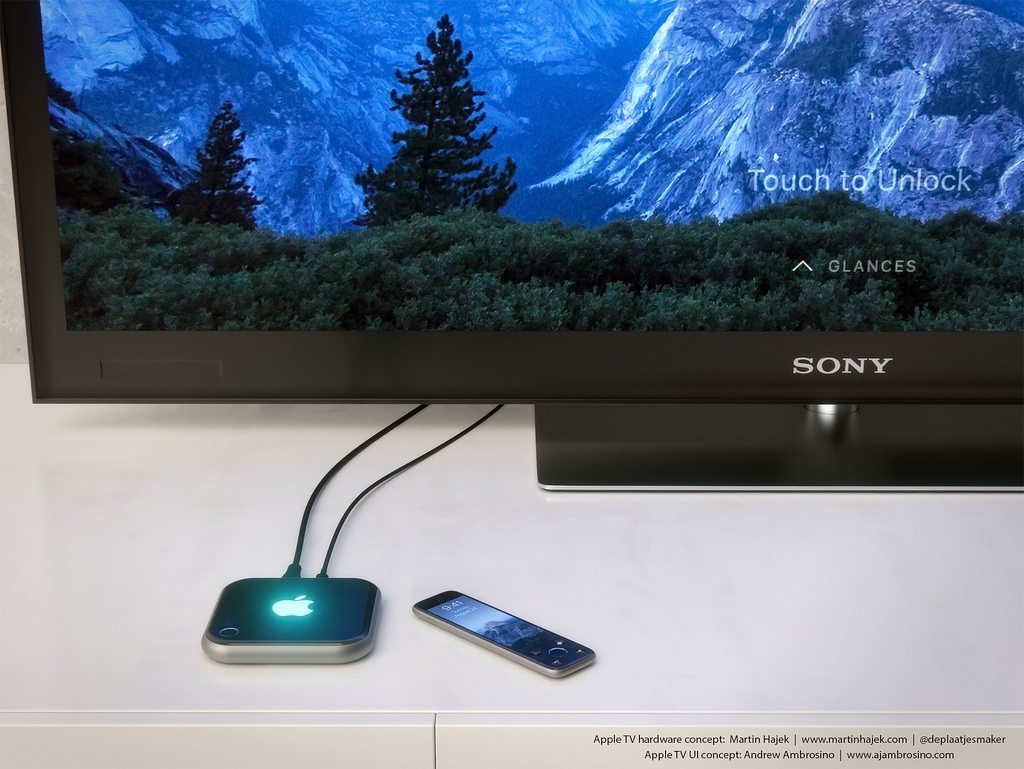 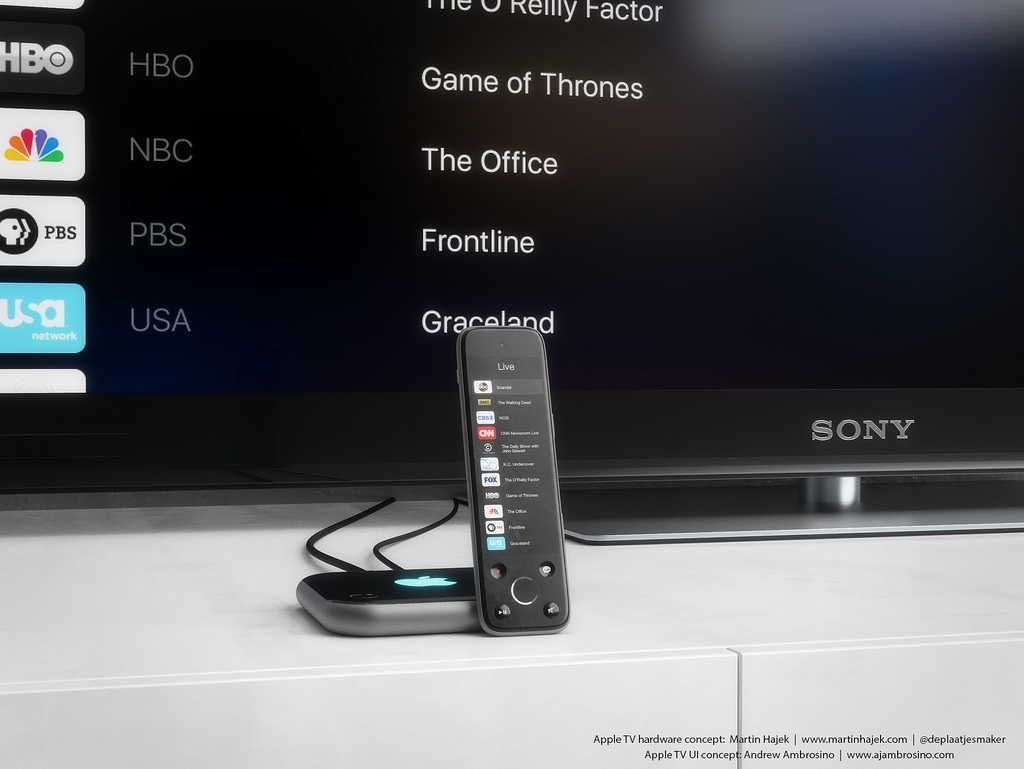 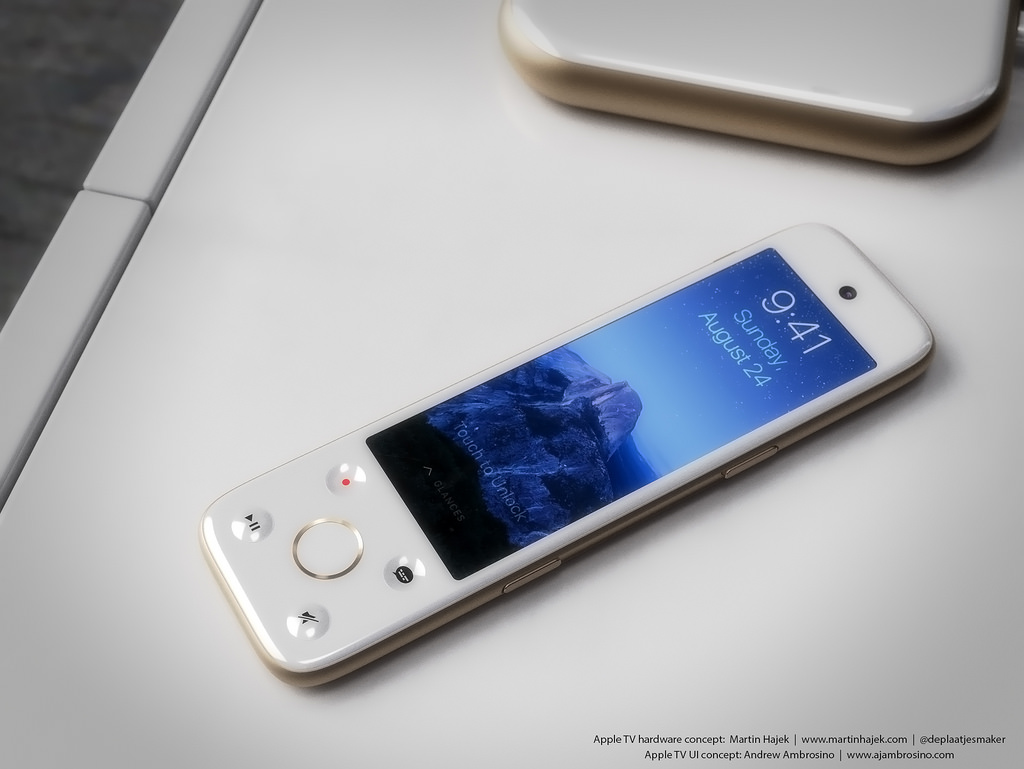 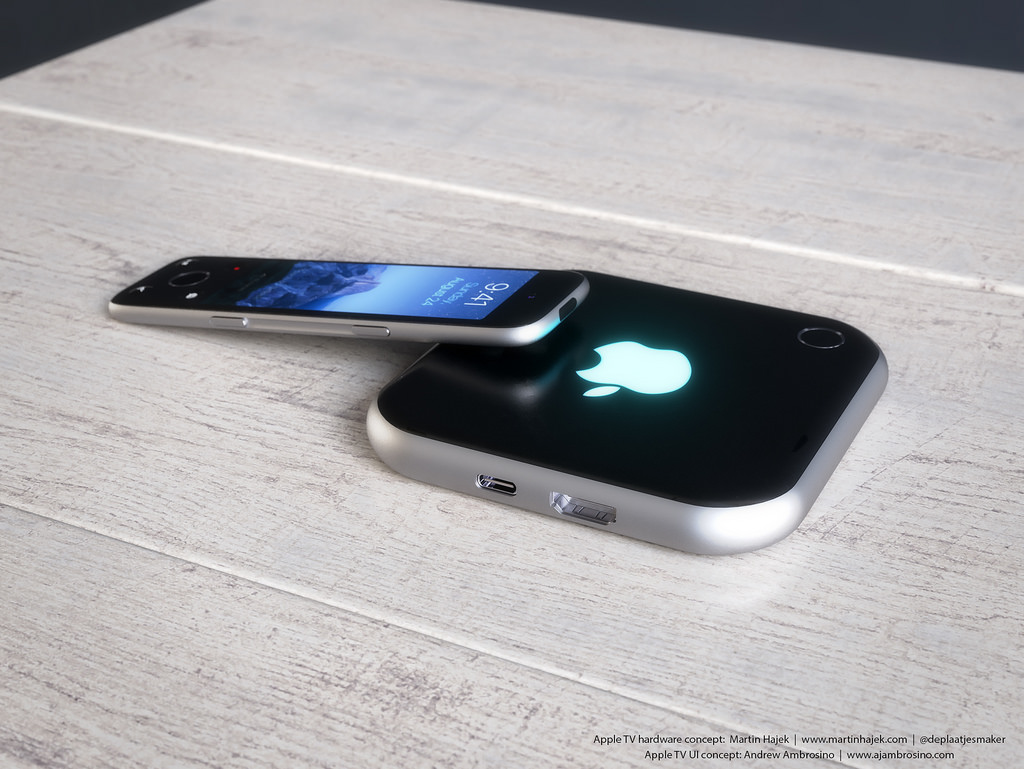 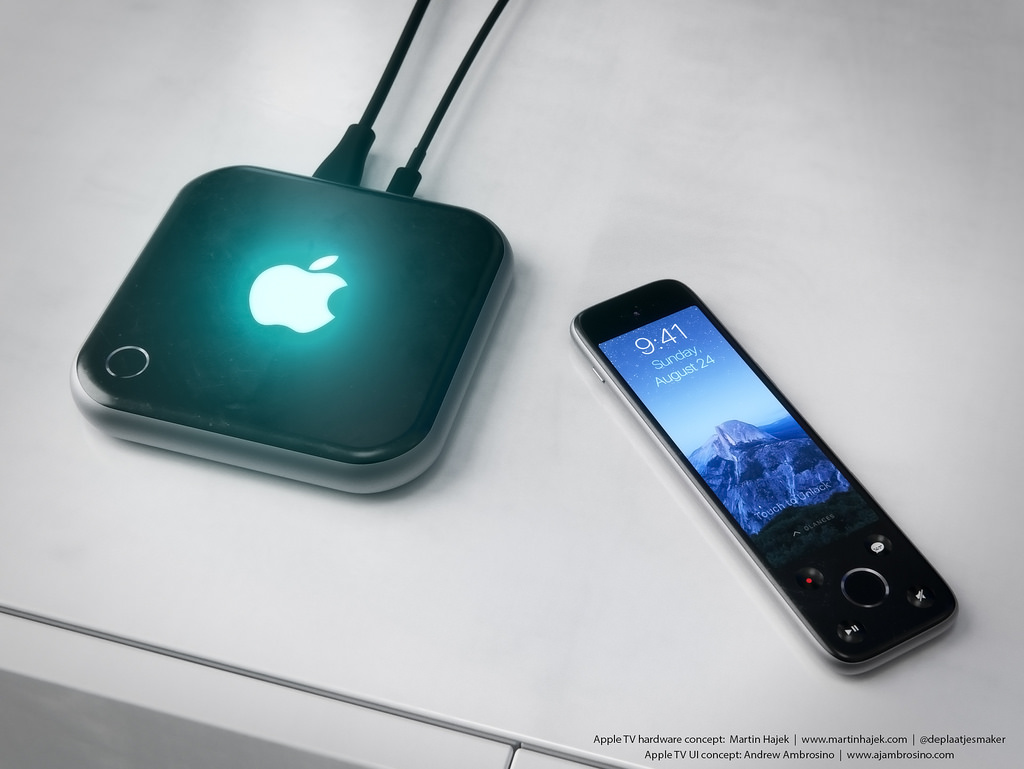 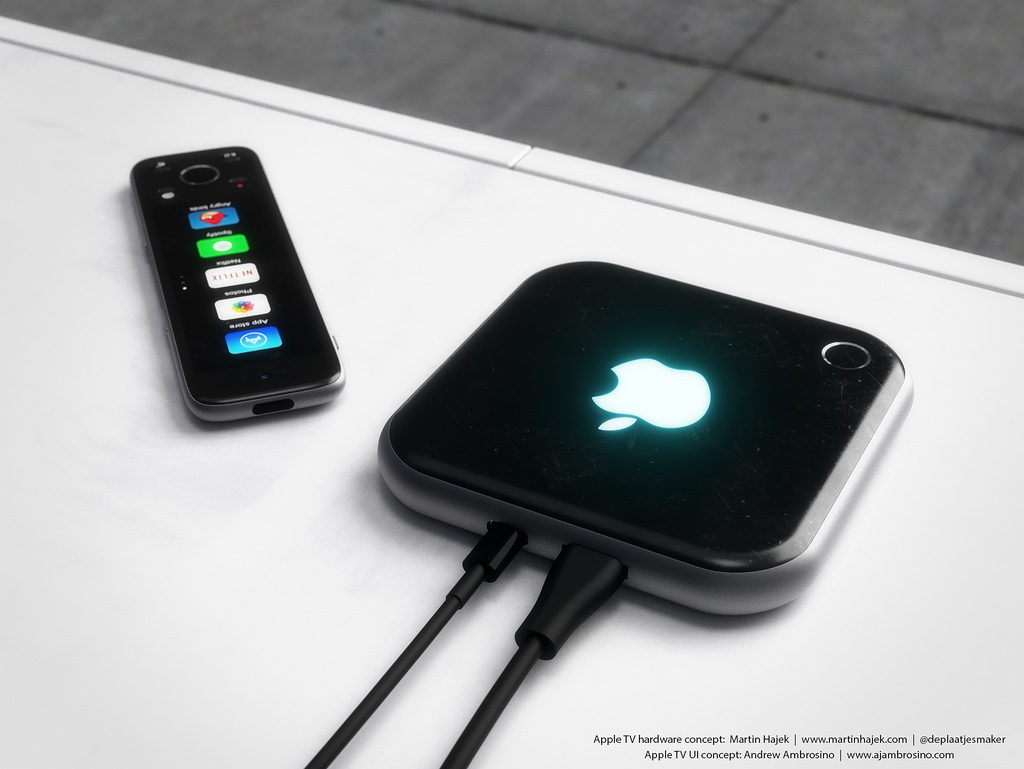 Apple TV fourth generation will be officially presented on 9 September. According to rumors, the novelty will resemble the design of the current version, but will be slightly thicker and wider. Significant changes are expected in hardware new products – new A8 processor, full access to the App store, remote control with touch controls, integration with voice assistant Siri. The cost of the device will be in the range of $149 to $199.

Icon Lunecase — case for iPhone has an innovative system of alerts. It not only protects the device from mechanical damages, but also informs you about incoming calls or text messages using the led panel on the back of the case. Indicator on the lid shows a notification before it goes to the screen. To […]

Apple has released the first promotional video for the new MacBook Pro with touch panel Touch Bar. The video titled “Bulbs” placed on the official channel in YouTube. A video lasting a minute and a half under the energetic Overture to the Opera “William tell” describes the history of human invention of fire, agriculture, woodworking, […]

The 4.7 – and 5.5-inch iPhone 7 and 7 Plus many advantages over the 4-inch iPhone in the SE part of the functionality. Performance, higher quality display, camera. However, some users prefer smartphones with small screen sizes, which are easy to use with one hand and which can easily fit in a pocket. After three […]