Amid rumours about the development of the compact new Apple iPhone designers offer their ideas about the new product of the company, embodied in the form of three-dimensional images. Italian Studio SET Solution was not kept from creation of the concept of the future product of Apple company. 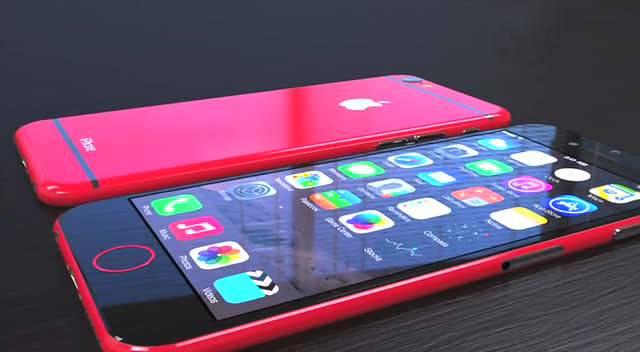 The designers proposed three-dimensional visualization of the new smartphone Apple, which will be the successor to the iPhone 5c. The iPhone 6c model created based on Network information and is running iOS 9. The device largely repeats the look of the iPhone 5c, but has a metal body.

In the design of the iPhone 6C investigates the main features of its predecessor: the body of bright colors, the rounded back cover, the typical chamfer on the edges of the front panel speaker and microphone on the bottom edge on both sides of the Lightning port. On the front panel is a fingerprint scanner, combined with the main button of the smartphone. In stock display with 3D Touch and camera with a resolution of 12 megapixels.

“Meet the iPhone 6c is more vibrant than ever and as powerful as the iPhone 6s,” – said in describing the movie.

Last week, analyst Ming-Chi Kuo stated that the new 4-inch iPhone will get a metal body and will be released early next year. Moreover, the smartphone will not support 3D Touch. Thus, Apple wants to differentiate the device from the flagship models of the iPhone 6s and reduce the cost of the device. Apparently, the 4-inch iPhone can be a budget modification, although the degree of “budget” is questionable (it is worth remembering the situation with the iPhone 5c).

5 advantages of push-button dialer on iPhone

In today’s world, the smartphone and its owner are a single living organism, which cannot be separated. The war between fans of iOS and Android platforms, the endless race for new models and pride for the opportunity to use the latest technological innovations characterize the modern man, but whether it is necessary to keep up […]

The world’s largest contract electronics maker Hon Hai Precision Industry, better known under the brand Foxconn, thanks to orders Apple has received record revenue in the last quarter, reports Dailycomm. In July-September 2015 Foxconn sales volume reached 1.07 trillion Taiwan dollars (about us $33 billion), the highest results of the company for that period. In […]

Meizu: do not overpay for the iPhone 6, wait for M1 Note 2

Smartphone Meizu m1 note can be called one of the best known companies in the price range of about $ 150. Machine design iPhone 5c is equipped with high-quality Full HD screen diagonal of 5.5 inches, platform MediaTek MT6752, 2 GB of RAM and a battery of 3140 mAh. The smartphone was presented at the […]