The popularity of the iPhone and iPad has led to the fact that photos and videos published on the Network, are increasingly being done on mobile electronics Apple than with the help of specialized photo and video cameras. The developers of the case-holder Padcaster transforms an iPad into a professional video camera, successfully raised funds to release a new version of the accessory, compatible with any mobile devices. 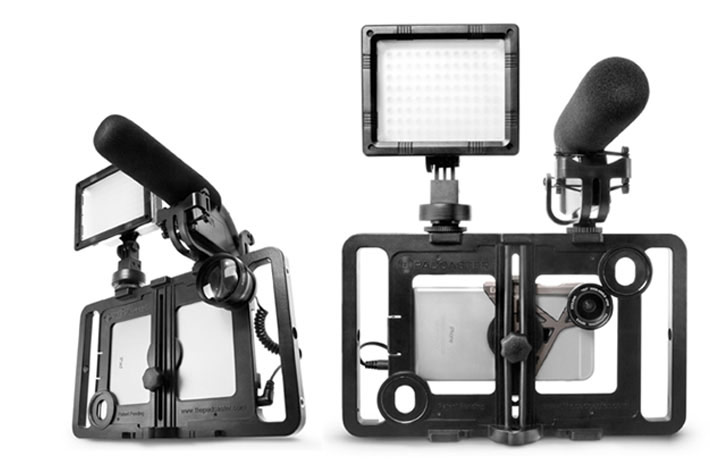 The product called the Padcaster Verse is a holder for iPhone, iPad and smartphones and tablets running Android. Made in the form factor durable polycarbonate frame gadget offers a half dozen ways to connect third-party photographic accessories, such as external lights, microphones, portable television prompters and much more. Design Verse it is possible to install the gadget on the tripod and attach any optics from SLR cameras. 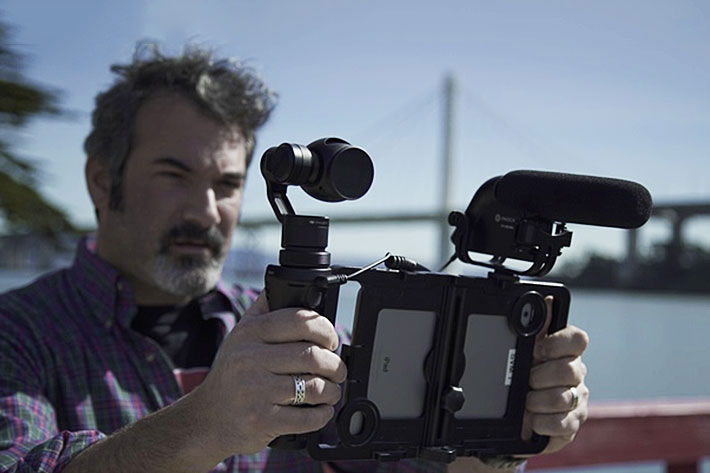 In the center of the body is a universal bracket that is compatible with any phone and tablet-sized iPad mini. At that time, as the original Padcaster was created for the family of “Apple” tablets, the new product is a versatile solution, compatible with any devices.

According to the developers, the special charm of a movie on a mobile device is that the user can very quickly transfer the footage via the Network. Given the availability of modern gadgets support networks of the fourth generation, this solution may be palatable to even the professionals.

The project team planned to collect in a month on Kickstarter of $25,000. The campaign is still far, and the enthusiasts have got required to start the production amount. Indicative date of launch of the Padcaster Verse in the sale called may of the current year. The cost of the accessory for first time buyers will be $150.

Lifco with Touch ID: how to unlock iPhone in the cold without removing your gloves

Often walk? Love snowboarding? Just live in Russia? Great! Then the possibility of unlocking your smartphone in the cold is a very important time for you. Generally speaking, sales there are gloves that work with touch screens. These gloves provide the electrical contact between the iPhone screen and your finger by conductive thread. You can […]

Engineers are the biggest dreamers among all members of the species Homo sapiens – they always invent some things, some of which then become part of our everyday life. Time magazine chose the 50 inventions that forever changed “the way we live, work and play”. In the ranking of the greatest inventions in the field […]

Supplied with Apple TV remote control Apple Remote’t changed since 2009, but in the fourth generation set top boxes, which, according to preliminary data, will be released on September 9, Cupertino intend to equip it with motion sensors. On this eve of the resource TechCrunch said one of the employees of the company, for obvious […]