Great EverythingApplePro conducted an interesting experiment – compared the performance of operating systems Apple the last five generations. The test was performed on five iPhone 4s running iOS 5, iOS 6, iOS 7, iOS 8 and topical at the moment iOS 9. The purpose of the video is to demonstrate how the design and performance of the mobile platform Apple. 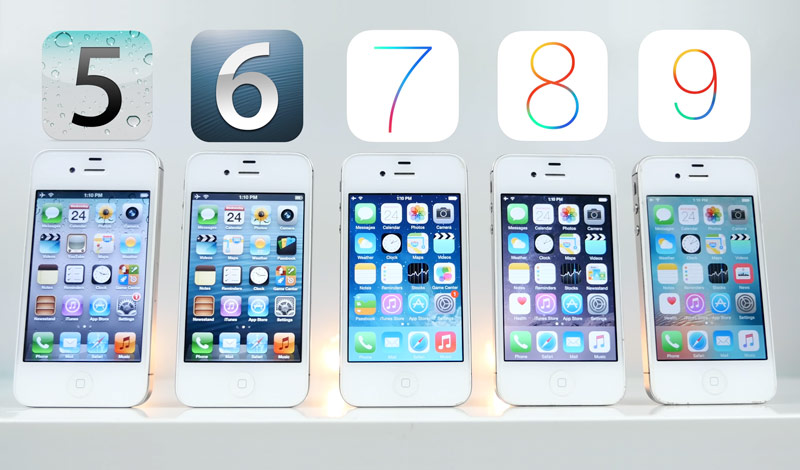 Enthusiast conducted a visual test performance in different ways: download speed, launch preset apps, benchmarks. During the test, on five smartphones was performed the same tasks and compared the performance of the devices.

In the first test the download speed of the winner was released for iOS 6. It booted faster, a few seconds ahead of the iOS 5. In third place was the iOS 7, the outsiders were iOS 8 and iOS 9.

In the second stage, the blogger is unloaded from memory all apps and checked the operation of the main system functions: control center, notification Center, Siri, Spotlight search. The biggest delays were observed in the operating systems of the last two generations of iOS 9 and iOS 8. At the same time voice assistant they responded almost twice as fast. 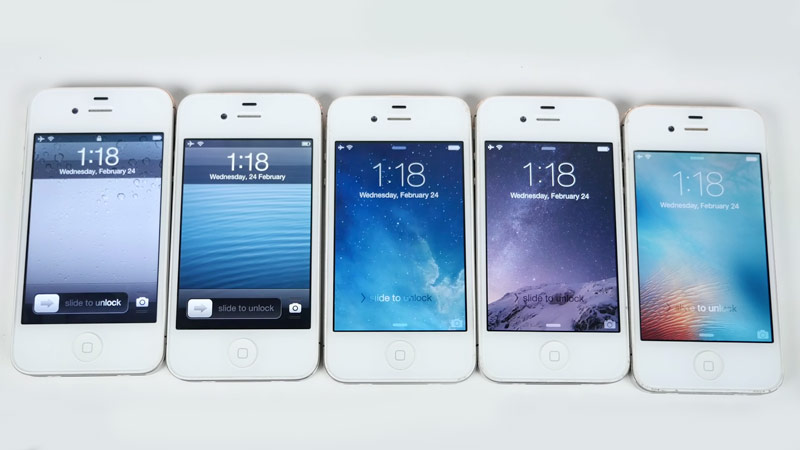 At the stage of testing speed application startup leaders has been iOS 5 and iOS 6. Here outdated OS out of the competition. The navigation menu on early platforms also visually faster, while iOS 9 and iOS 8 apps open with a noticeable delay.

An important test for the camera from the home screen again showed the advantage of earlier editions of the OS. iOS 5 and iOS 6 and here are ahead: they were ready to shoot within seconds.

The blogger came to the conclusion that in most of tasks, iOS 5 and iOS 6 are significantly faster than in iOS 9 and iOS 8. The speed difference noticeable to the eye. According to EverythingApplePro, this is due to the “greediness” of the modern versions of the software platform from Apple, and animation for interface iOS 9 is characterized by more fluid transitions, which visually slows down the performance of the operating system.

Previously, users noticed an interesting phenomenon: each year, the service Google Trends, which monitors searches, captures the explosive growth of searching for the phrase “iPhone Slow” (“slow iPhone”). Boom takes place for several weeks after the presentation of the next-generation iPhone. The researchers believe that this may have two reasons. Or the release of a new iOS optimization problems, which roll out almost simultaneously with new smartphones, or psychological phenomenon: people recognize that there was a new “cool” of the iPhone, and subconsciously feel as slowly start to work their old smartphones.

Official iPhone 6s and iPhone 6s Plus in Ukraine will cost more expensive, than in Russia and Europe

On Friday in neighbouring Ukraine will start official sales of the iPhone 6s and iPhone 6s Plus. According to local media, the sale will be devices in all the colors, but they will cost more expensive, than in Russia and Europe. Now under training to sales representatives of the companies-Resellers have access to training programs […]

Knowledge of the Swift programming language, announced by Apple in 2014, is one of the most popular on the network. This is evidenced by the results of a survey conducted at the largest frilans-stock exchange Upwork. Apple product has established itself as a fast and easy way to create applications for iPhone, iPad and Mac. […]