A hacker named George Hotz, better known as Geohot, is famous in the world eight years ago, when in 2007 the first iPhone was able to crack, forcing it to work with any network and not just AT&T with a contract which it sold. Geohot now again came in sight of journalists, but the reason for attention to his person was not hacking yet another gadget. 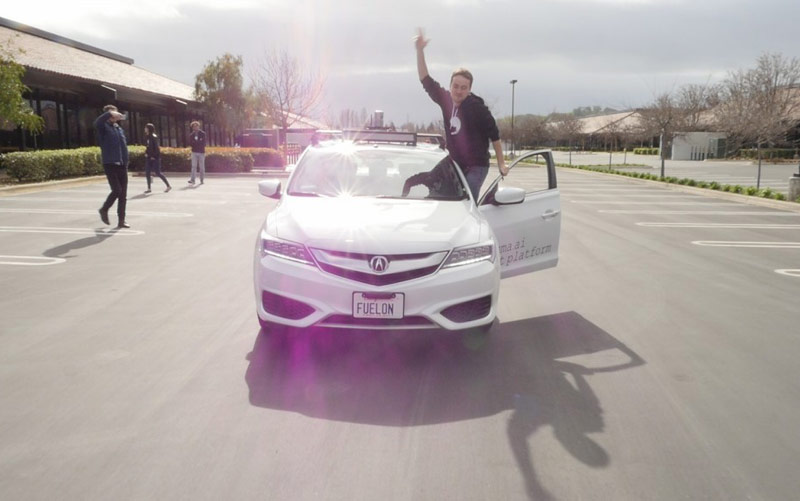 It is learned that Hotz is developing technology autopiloting cars. His new company Comma.ai has secured investment of $20 million from the American venture capital Fund Andreessen Horowitz.

The first of a new hacker project became known in December last year. Then Geohot showed created alone autopiloting car based on the conventional serial sedan Acura ILX, which lasted only a little over a month and $50,000, of which $30 000 is the cost of the machine itself. Currently the car is improved, but even now he is already able quite independently to drive on the highway to accelerate, to brake, to hold the middle row.

It all started with the fact that Geohot has registered on his name the service center and received an official authorization of the company Honda, which has opened access to all necessary technical documentation (Acura is a division of Honda). After that, he proceeded to remake: in the glove compartment placed the control unit, consisting of a mini PC, running the operating system Ubuntu Linux, router, and two GPS receivers to the Central console mounted 21.5-inch monitor, and in the tunnel between the front seats mounted joystick with button, activating the autopilot. The “eyes” of a self-governing Acura ILX are six inexpensive cameras and lidar mounted on the roof, which transmit information to the brain center associated in turn with the electronic systems of the machine. 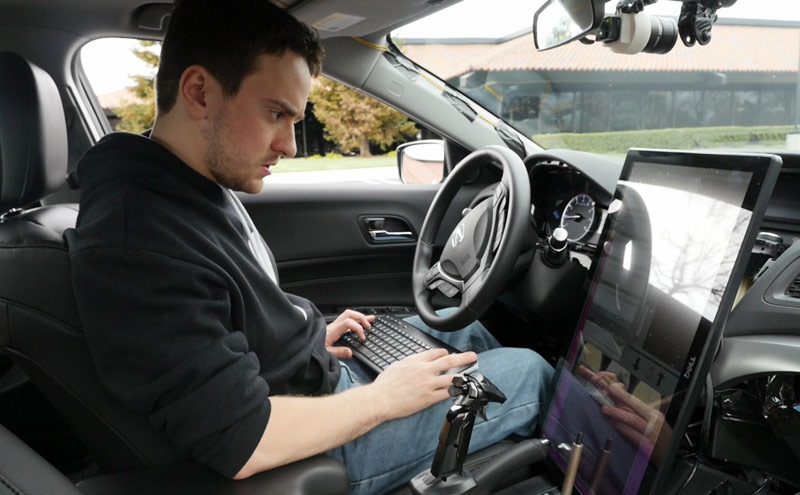 The development of the car originally only had one Hotz. Now in the state of Comma.ai listed four staff members, within three months the developer plans to take 8 people.

According to Tesla founder Elon musk, to create effective system of the autopilot and integrate it into the electronics of the vehicle for only a month can not afford even a small company, not to mention one person. By the way, that the Mask three years ago, offered George Hotz to work in their company, but he refused, despite a promised multimillion-dollar contract.

At the present time to the development of cars that are managed electronically without human involvement, has begun almost all global manufacturers, including Tesla, previously showed a prototype of an Autonomous Model S. the Mass emergence of unmanned vehicles experts predict by the year 2020.

Free app BP-FuelSpent will help save on gasoline

The Russian company “Compass” announced the mobile app line CompasBP intended for the accounting of consumption of fuel and the cost of its acquisition. Download BP-FuelSpent available for free from the online Apple store. BP-FuelSpent will be useful to every motorist who wants to know the exact fuel consumption of his car. At the next […]

Eldar Murtazin again destroys the Apple for their inconsistency

On Tuesday, December 19, known in the Internet mobile market analyst Eldar Murtazin posted a tweet again, which is contrary to his previous messages. The Explorer said that a discount of 5 thousand rubles for iPhone X price in India allegedly may not like Apple’s iPhone. Earlier, Eldar has repeatedly stated that the new iPhone […]